We went to Diana and Peter's for Easter. The food was so good! Peter's sister was visiting from New Jersey and she recorded them telling us Diana's pregnant!!! They hadn't told everyone in Peter's family so we couldn't tell anyone. But they went to New Jersey for Father's Day and I'm free to tell you the news!! 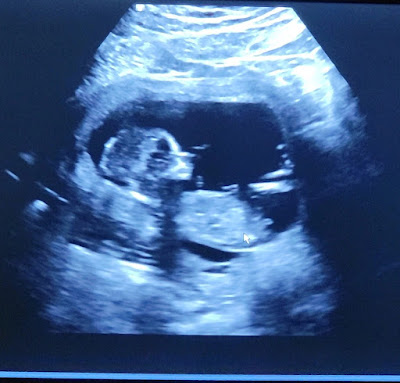 They really had it all planned out: After dinner we settled in for a game of Chronology, have you played it? I think I posted about it once before. 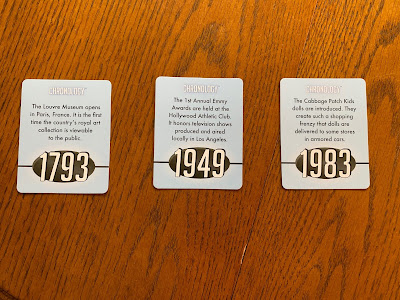 If these were my cards, the player on my right would read a card to me and I'd have to guess if it happened between 1949 or 1983, or before 1793... there were 6 of us and we had gone around the table a few times when Diana picks up a card and 'reads' "CWA originally from California becomes a grandfather again." Chuck picked up on it right away but I'm so focused on the initials CWA, that's not how the cards are written. I even asked, "They only give the initials?" I obviously didn't hear the rest of the clue! When Diana finally says, "We're due in December" that's when I lost it!!! 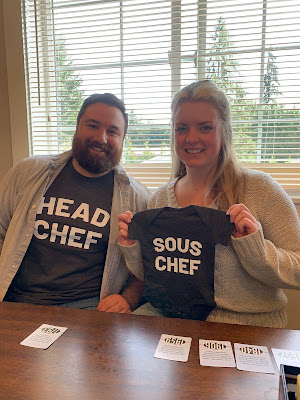 We all went out for lunch recently and they showed us a bunch of ultrasound pictures. As I'm looking through them I see printed in small red letters, IT'S A GIRL

AAAAAAAHHHHHHHHH!!!!!! We are so excited!!

Congratulations! This is so exciting.
No I have never played that game. That's a sweet story.

I just love hearing baby news!!! How exciting!! Congratulations to all and do keep us posted!! xo

Chronology sounds like a lot of fun...especially when you can work exciting news like this into the game. Congratulations. A little girl. Nothing better, as you well know. But I love my grandson with all my heart, too.

Would like to play Chronology. Going to look for it. We don't play a lot of games as a family. Some Pictionary, which I adore. But both of my sons-in-law speak English as a second language...and they do so very well. But when the word for Pictionary is really obscure or old-fashioned, they struggle.