Tomorrow! Tomorrow!, One Thing They Do Agree On, and Birthday Fun

Beth and I went to see a production of Annie, put on by the home school academy at our church. It was grade school through high school students, and it was really good! One night they served dessert and the second night was dinner. We went to the dessert night. 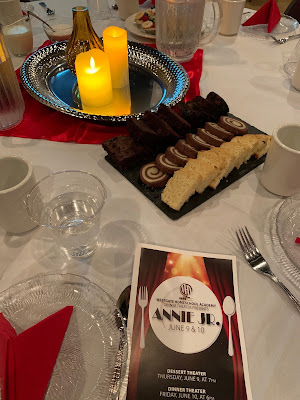 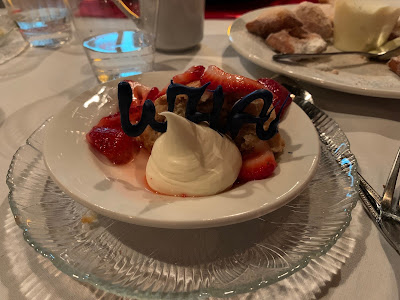 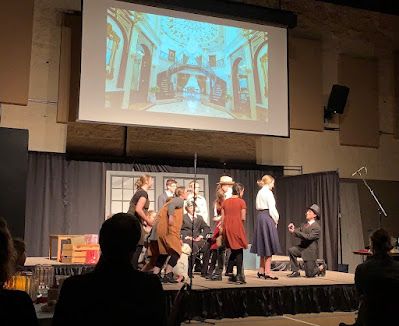 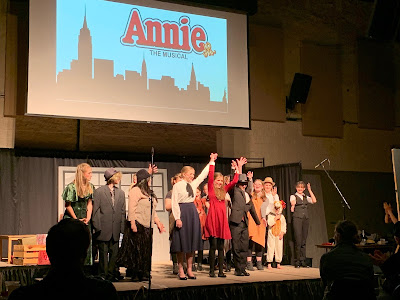 We learned the girl who was supposed to play Annie got sick two days before the show so C, (in red) a fourth grader knew all the lines, choreography, and music... but was too scared to sing. So they had a high schooler sing off stage (with a mic) and C lip-synced the entire show! And I didn't find this out until after the show! We couldn't tell! She was that good! I heard the original Annie was there for the second night, so she got her moment too!

Poppy, Moxie and Maya are learning to love tolerate each other. Moxie even got brave enough to come out and sort of face Poppy. Poppy is so excited to have 'someone' to play with but the cats don't like her kind of play. 😊

So far so good 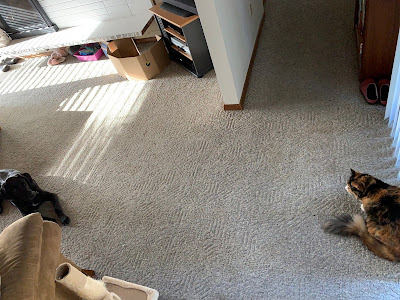 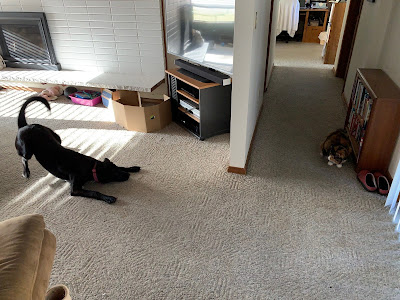 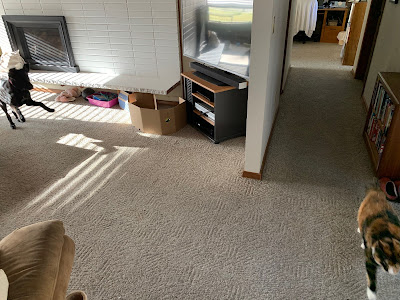 But there is one thing they agree on ~ 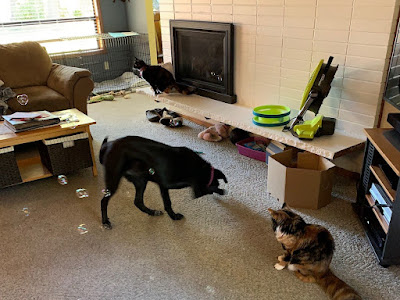 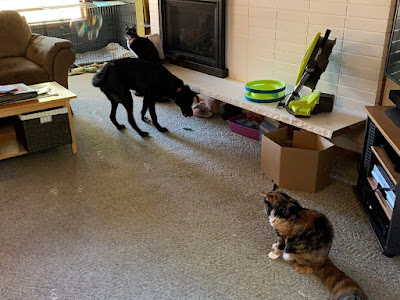 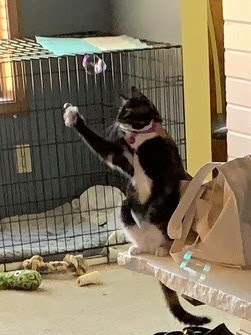 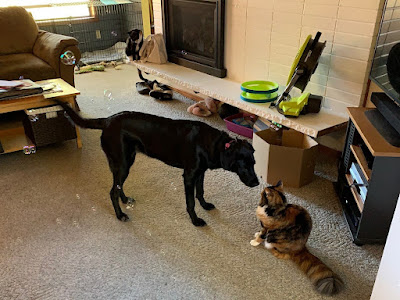 My birthday was on the 17th and when I went into work there was a Happy Birthday banner, some flowers, candy... the office is closed on Fridays so I have no idea who did it! I sent a text to who I think did it but she never responded. It was so fun to see this when I came around the corner! 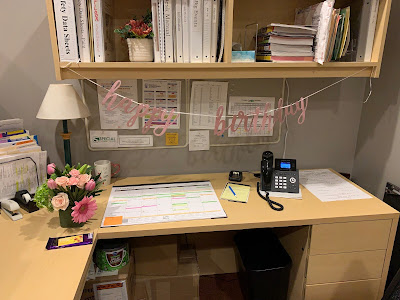 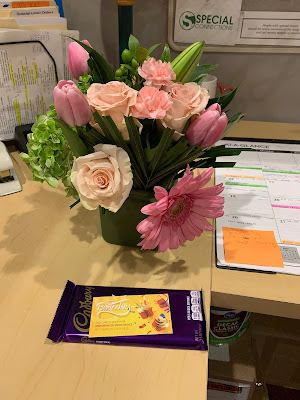 The girls celebrated my birthday and Father's Day together and they got us tickets to a Seahawks game in October! Chuck and I have only been to one other game and we're excited to go again. We might need to buy some new football gear!

How fun to look forward to that football game! And how wonderful to find your birthday decorations waiting for you at work!! Hope your pets can form a friendship of sorts, given time. Annie is a great musical and it sounds like the first night understudy did a great job! xo

That show looks like fun and the photos of the cats and dog are adorable. Happy Birthday to you.

Happy Birthday. I had a little dog named Moxie, she was full of it!