My Other Girls, They Just Know This Stuff

Beth received a gift card to a local movie theater and all of her friends are talking about Inside Out. Beth REALLY wants to go see that movie! So I told her that we'd look into it when I got home today.

I had her pull up a chair to the computer and showed her the Google list of theaters.

I told her there are different theaters; Lowes, Regal, etc. and her gift card is to Regal. It's the same as if she got a gift card to Target, she couldn't use it at Penney's.

I explained how we'd have to change her schedule to be able to go to that particular theater, but she wasn't sure she wanted to do that.

So I told her simply, what her options were:
1. We could wait until it's playing at a theater closer to home.
2. We could go to the other theater but she'd miss her karaoke group.
3...

She was quiet for a few seconds then said, "I wanna think 'bout it."

Now, if this were Sharaya and Diana, they would have known where it was playing, bought the tickets on-line and driven us there themselves.

With Beth? Things are just... different. 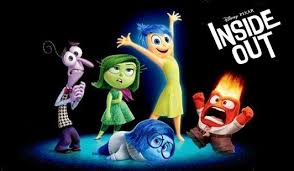 Email ThisBlogThis!Share to TwitterShare to FacebookShare to Pinterest
Labels: Adult with Down Syndrome, Different, Family, Movies

A few nights ago we finished dinner and Diana says, "You wanna go for a hike?" So we hopped in her car and headed for a place known as The Bluff.


We'd been here before, in the Fall when the path was covered in gold. 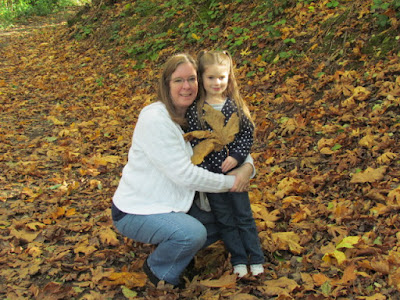 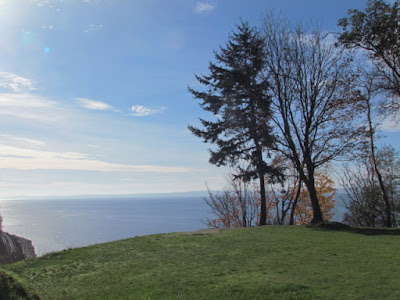 As you come out to the bluff, to the left there's a set of stairs that look inviting and pique your curiosity! 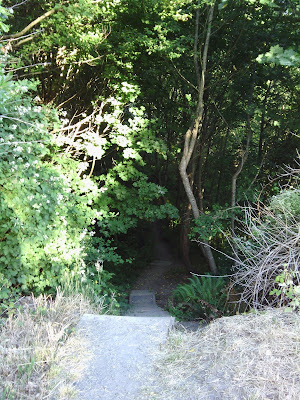 It's a beautiful forest, there are so many birds and you can hear the small river running back and forth on either side as you hike down the trail. 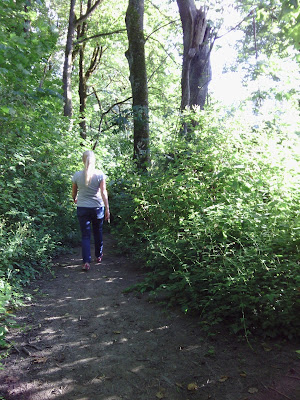 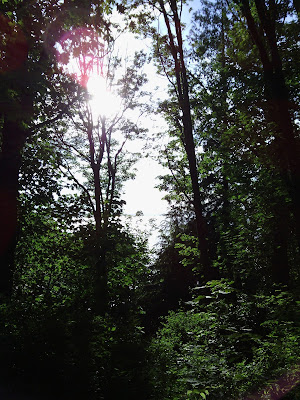 We walked over small, man-made bridges, plus fallen trees and rocks. The trail would get narrow, then open up again. The temps have been so warm here lately, but it was so cool and beautiful among the trees! 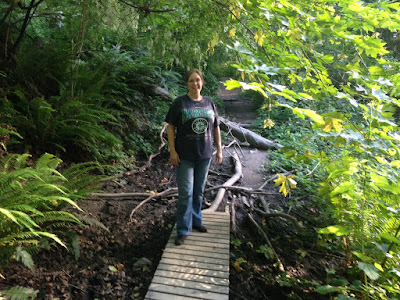 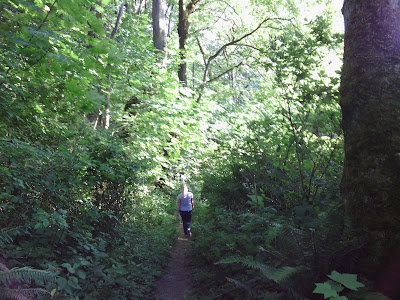 About half way down we came across a rope swing!
No. I did not. :) 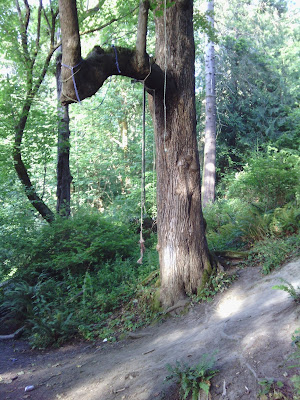 But here's a picture of Diana swinging on it when her, Sharaya and Allie were here a few weeks before! 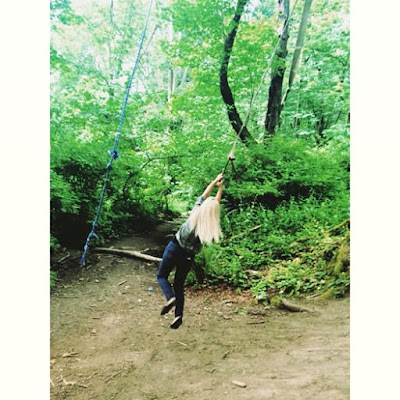 The trail ends up at Puget Sound, right by the railroad tracks. 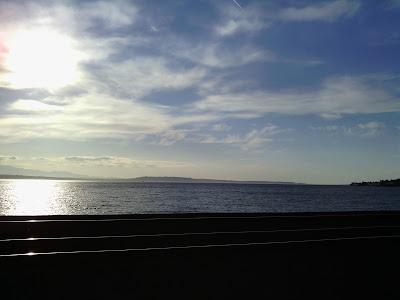 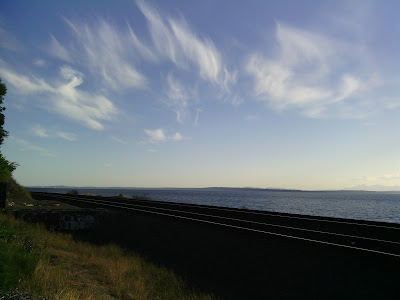 Back up at the top of the bluff, looking down at the forest we just walked through.
It really was a beautiful day for a hike! 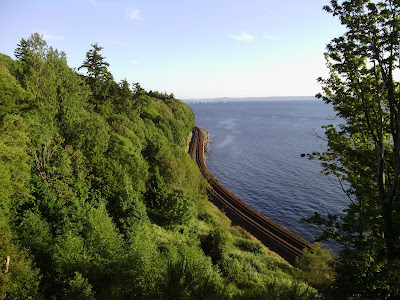 The Young Mom Nodded Yes, But I Know She Didn't Agree With Me

Earlier this year I was asked to help at a MOPS (Mothers of PreSchoolers) program that meets at our church. MOPS reaches out to young moms and gives them a break away from their kids for a couple of hours. They have breakfast, do crafts (really nice, adult, hang-in-the-living-room-worthy crafts!) and spend time talking with other young moms.

A few months into it, I was asked if I could come and help out with MOPPETS. That's the childcare that happens while MOPS is meeting. There's a 4 year old boy M, who has autism and he's becoming too much for the teachers. The class he's in has 13-15 kids and the teachers are struggling to teach and try to help M at the same time. Poor mom was being called out of MOPS time after time because he was throwing tantrums and screaming and sending the rest of the class into chaos. They didn't know what else to do so could I come help and be a one-on-one with M?

So back in January I began helping in the classroom, assisting M when needed. He wears headphones to help lessen the noise, but he still would become overwhelmed when the noise level escalated. I was able to take him to our sensory classroom, where he would instantly relax, quiet down and begin to play with the various toys. After a few minutes, we'd head back.

Every other week for the last 6 months, M and I would discover new toys, read about bears and practice playing with other kids. When M was alone, he was an absolute doll, but put him with other kids and his senses just became so overwhelmed he would have a melt down. That's when I stepped him, removed him from class for a few minutes and allowed him to take a breath and relax.

Each week he became more tolerant of the noise level and he stayed in the classroom for longer periods of time. I absolutely LOVED watching him grow and expand his ability to handle stressful situations. Mom would come to pick him up and with tears in her eyes, thank me for allowing her to stay for the whole meeting. One time she told me that M was such a handful at home and she didn't get out much other than MOPS so she looked forward to it every time they'd meet. I could tell she was so overwhelmed with caring for him.

A few times I had to go get her due to a poopy diaper and as we would walk into the room, her face would sink, her smile would disappear and she would look at me like I had punched her in the gut. Then I would tell her that he just needed a change and her face would brighten and she would bounce up from her chair, "Oh! Let me grab my bag!" As they'd come out of the bathroom, he would pull away from her and run back to me, "Let's go see my friends!" A smile would spread across her face and she'd head back to her friends!

I'll tell you, it was exhausting, but I loved doing it so much!! Seeing him change and knowing mom was getting a break, it really did something in my heart.


(This is what I'm supposed to do with my life. Not just MOPPETS, but for families. The Lord has put such a desire in my heart for families with children who have special needs. Specifically those at our church. We not only need to minister to the kids, but also to their parents. We need to offer them friendship, time away, and peace of mind. We need to let them know they are loved and that they're not alone on this journey. This has become such a passion for me and I know I'm e-x-a-c-t-l-y where the Lord wants me.)


Well, Monday was the last MOPS meeting for this year and as mom came to get M, she thanked me again, for allowing her this chance to rest and be with other moms. M was trying to squirm from her grasp and becoming frantic that he didn't have his papers and craft from our class. His voice was getting louder as mom tried to tell him that she had everything and it was time to go. I reached into her bag and pulled out his papers, "See M? Mom has them! It's okay to go home now." He immediately calmed down and got into the back of the stroller. (His baby sister was in the front.)

With tears in her eyes, she looked back at me and said their family was moving to another state. (I had wondered if he would be back next year.) I told her I would miss them and she said, "Yea, now he will be someone elses..." and she paused.

She pursed her lips and nodded yes, but she didn't say anything more.

With that, she turned and the three of them headed down the hallway to the elevator.
Posted by Cindy at 4:31 PM 5 comments:

Independence is the Goal but Not Always the Outcome

The DART bus takes her where she needs to go for the most part, but anything spur of the moment? She's dependent on us.

If she gets home from work and remembers she needs something from the store? She has to ask us and hope we're willing to take her.

If she opens her fridge and sees she's out of something, she has to wait until we're going to the store before she can go too.

Have you ever been dependent on someone else for your transportation? It's a very humbling situation to be in. To always be asking, sometimes pleading for them to take you somewhere? You know you're putting them out, asking them to go out of their way to accommodate you and that's so hard!

I've been trying to take her places right when she asks. Even if the last thing I want to go is put my shoes back on, get back in the car and drive somewhere, I'm doing it.

Last night Diana took her to... actually I don't remember where they went. Target? The mall? Wherever they went, it was somewhere fun. As Beth says, "There's shopping, then there's 'shopping for fun'!" I think Beth bought a movie and a CD. Movies and music are her life!

Chuck worked at Centurylink for 19 years and took the Metro bus to work almost every day of those years while I took our van to work. When they closed his department, he got a job driving for Metro! Ironically, he can't take the bus to work anymore. Here in Seattle, you can't take the bus, to drive the bus. Hmm, I did not know that.

So Chuck took the van and I... walked. It's only about a mile but I was very limited in what I wanted to carry with me back and forth to work. Sometimes Diana would drive me, I asked friends at work for rides occasionally, but that was hard to do, ask people for rides. We've since bought a second car but walking back and forth to work reminded me what dependence feels like.

Dependency is hard, but in some ways it's needed in society. Without it, others can't give of themselves. We can get pompous and proud, and being humble goes right out the window. I'm not sure where I'm going with this except to say, I'm trying to be more spontaneous when Beth needs to go somewhere. 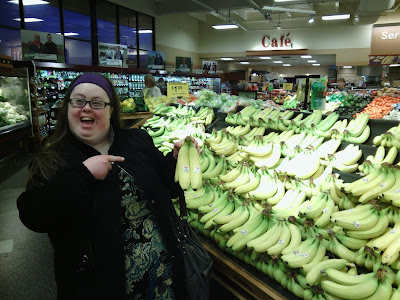 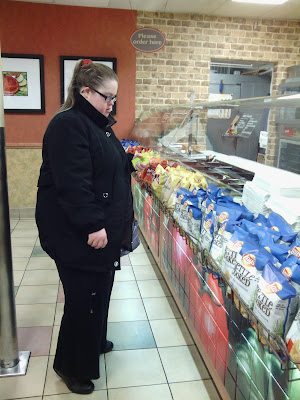 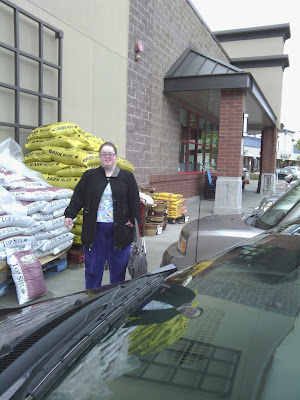 Email ThisBlogThis!Share to TwitterShare to FacebookShare to Pinterest
Labels: Adult with Down Syndrome, bus, Transportation, Walking
Newer Posts Older Posts Home
Subscribe to: Posts (Atom)
I hope as you follow along, you'll see that life with special needs is more normal than you think!