Peter had some work to do in Phoenix AZ and asked her if she wanted to tag along and stop at Disneyland on their way.

That was an easy one to answer!

They flew over the Grand Canyon, wow! 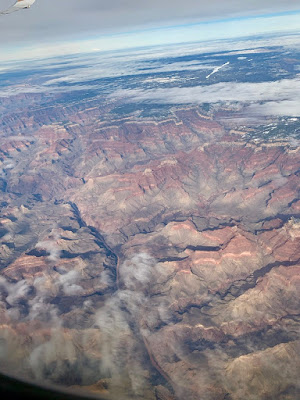 Once they got to Disneyland they couldn't wait to see Galaxy's Edge! 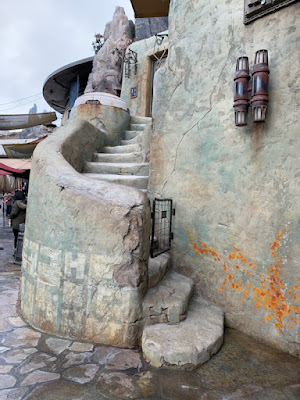 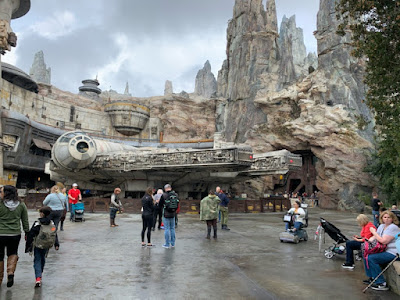 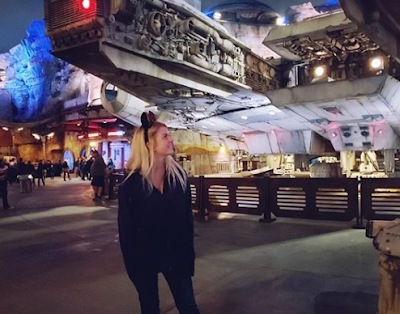 She said the Millennium Falcon ride was "unlike any ride I've been on. There were live controls by our stations though the action was on a screen through the windshield and we were buckled! Six people are in a spaceship and two people control the steering, two control the weapons and two are engineers. And if you mess up, you really mess up!"

I'd love to go inside the Millennium Falcon but I'm not sure I'd enjoy the ride! 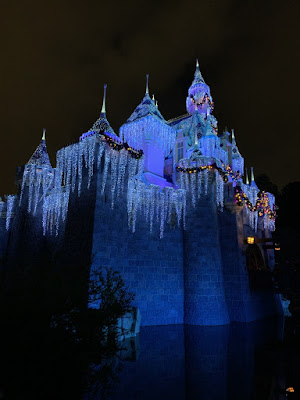 It's a Small World 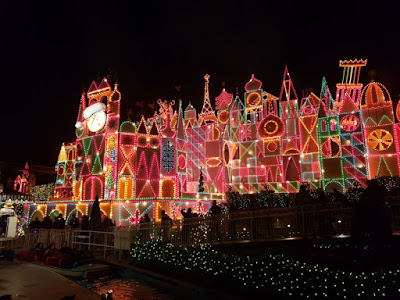 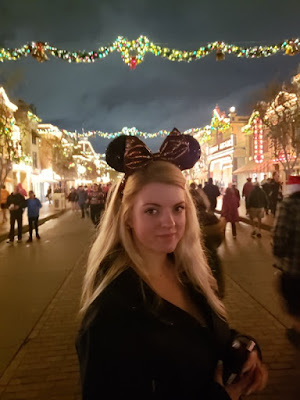 Wow, how fun for you guys and I gotta ask, is that a new attraction because I've never seen it before. Disney Land is truly the best glad you were able to go!

Good morning, Cindy! For the first few years of our marriage,we lived in Cal. a couple of hours from Disneyland. And then we moved to Florida and were within a few hours away from Disneyworld. We've gone to the parks many times. But I don't think we have ever been around Christmas. It must be magical! Your daughter is adorable. I hope that you have a very Merry Christmas and happy new year!

Oh my goodness... that sounds like TOO MUCH FUN. A must for any Star Wars fan!!!

How exciting! Since we live about 30 minutes away I have to say yes I have been but it's been awhile now. Yes I love it at Christmas!

I grew up in Southern California so yes, I've been to Disneyland...many times. Our Junior high graduation was a day at Disneyland, the whole school!. I was there with my family the year it opened, too. Back in the day there were ticket books with tickets from A to E. The A tickets were for rides like like the carousel. The E tickets were for the Matterhorn. We are planning a family trip in 2021 when Addy is almost 4 and JJ is 2. Yippee that Diana could have this tag along trip!

Searching For Tips On Facebook Marketing? Check These Out!
What do you want to do with Facebook marketing? Do you want to create ads which entice people to your website? Would you like to engage your current customers in conversation? Would you prefer to draw in new customers from around the world? Regardless of your goals, you'll find the tips in this article are priceless.
satta king
play bazaar

train cargo services delhi Om Group is not only a big, strong company, but it's also a world leader in logistics. [2] Their expertise can be found in managing all three of these types of freight and more: seafreight, airfreight, and overland businesses.
air freight service