My sister had an uneventful flight and arrived here Tuesday morning. It's been so good to see her again! I've had the last two days off so we've talked a lot and laughed a lot. Sharaya and Allie came over tonight and we had dinner and played Yahtzee.

Today we wandered around Seattle and I took her to the Fremont Troll. She was shocked! It's a pretty amazing... creature. He was built in 1989 out of rebar, wire and 2 tons of concrete and yes, he's grabbing a real VW bug. 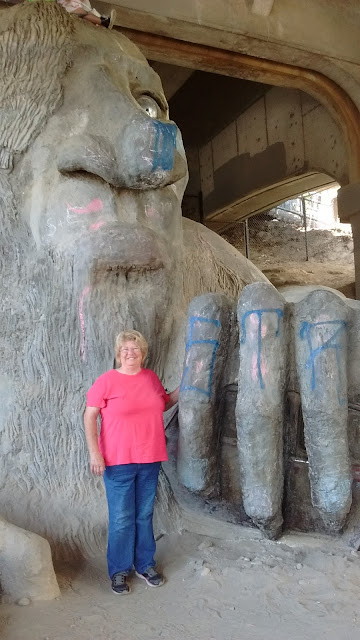 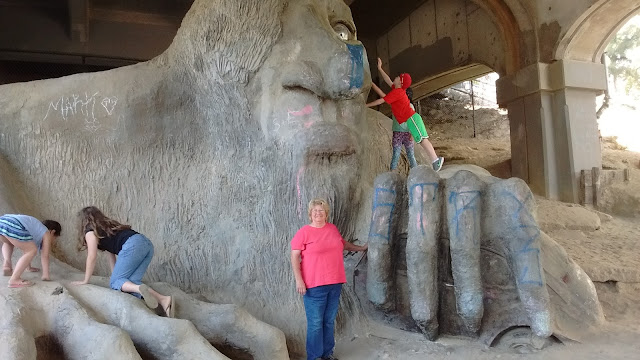 From there we went to Pikes Market and got to see the Gum Wall! All the times Chuck and I have been there, we've never seen the Wall! People from all over the world have put their gum on that wall, I saw little cards from Japan and Russia... as soon as you stepped into the alley you could smell the sweetness of all that gum! Actually, it was kind of gross. It sure was colorful though! 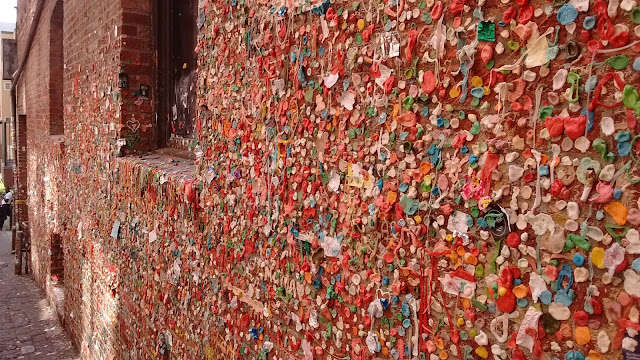 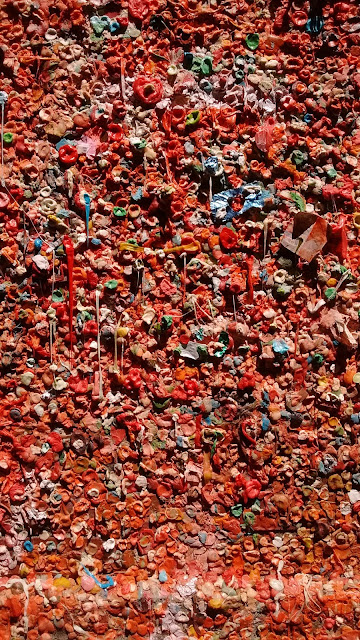 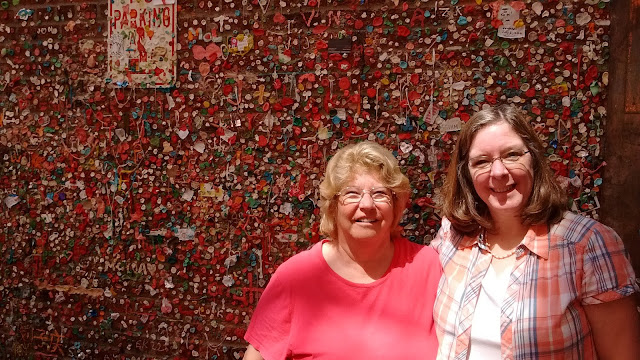 We love everything about Pikes Market. The food and the vendors and so many things to buy, t shirts, flowers, jewelry, coffee mugs, belt buckles and there's just an electricity in the air. We ate lunch overlooking Puget Sound, some apple cinnamon danish things. They were SO good! 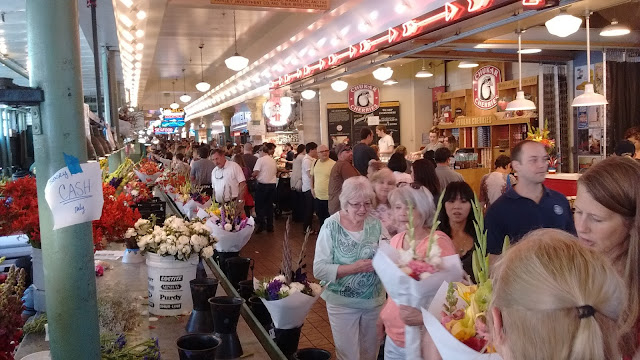 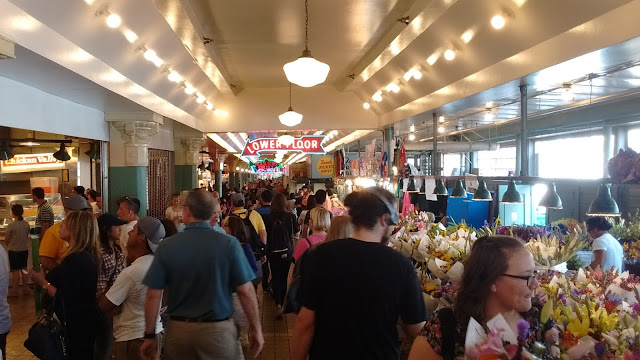 I hope you all have some fun adventures this week!

Darn it.....I knew we forgot to see something, that troll. Oh well, next time...I know we'll be back because I need to visit the Mariners stadium to fulfill my "visit all the baseball parks" bucket list!