We moved to Washington State when Beth was 4 years old. She slept in a new bedroom, ate dinner in an unfamiliar kitchen and went to a brand new school. As moms, I think we're always concerned about our kids making friends at school. Let alone at a new school 1200 miles from the old one.

Beth was adored at her preschool in San Diego. Everyone loved her. But I was still nervous about this new school. (I was nervous about the entire move! I knew it was the right thing for our family, but sometimes I felt like I wanted to throw up!)

So I was overjoyed when Miranda came into our lives. Her and Beth became good friends and they called each other Peanut. Miranda's mom Debra and I have no idea where that name came from but they scream it across parkinglots as they run into each others arms! They've had sleep overs, attended birthday parties together, even played on the same Special Olympic Bowling teams.

They live about 40 minutes from us so the girls don't get to see each other as often as they used to. We saw Miranda last Saturday at the bowling alley. Special Olympics training has started again. Miranda came up to the counter and sat down at a chair not far from us. Her and Beth leaned forward, smiled and waved at each other. What??!? Are they 'too mature' now to act like crazy kids?

Once bowling started, they loosened up and began high fiving when one would get a strike. They even danced a little when a good song would come on over the loud speaker. And boy can those kids dance!! :)


It may be hard to see them in this picture: 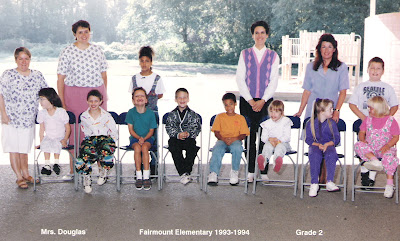 They're not looking at the camera. :) 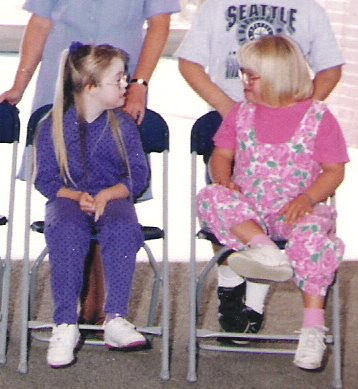 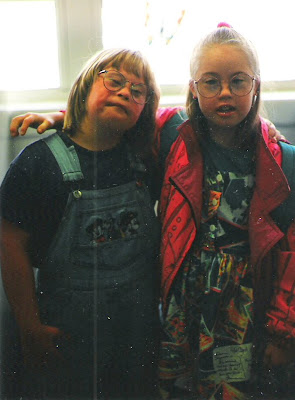 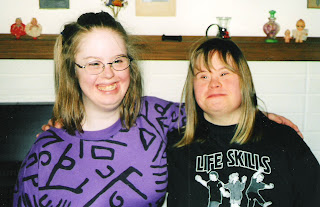 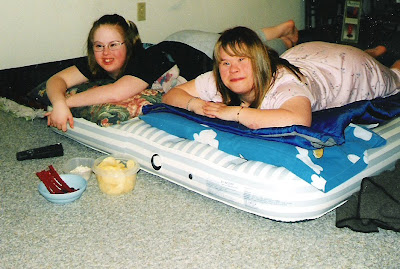 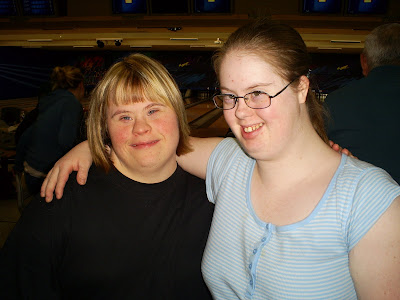 Ohhhh, I hope Samantha can have such a close, wonderful friendship with someone one day. I'm glad Beth and her friend do still see each other from time to time.

what a wonderful friendship! Loved the class pic where they are looking at each other :)