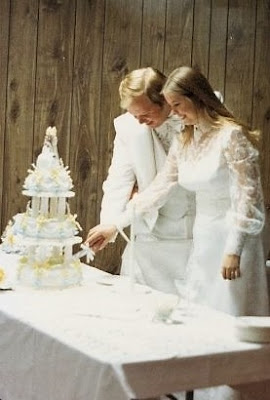 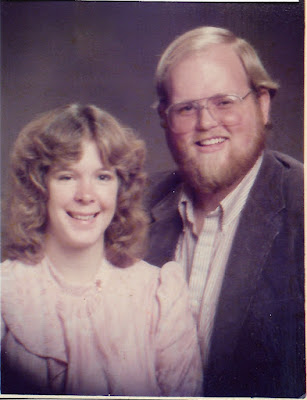 This was at Diana and Peter's wedding last year - 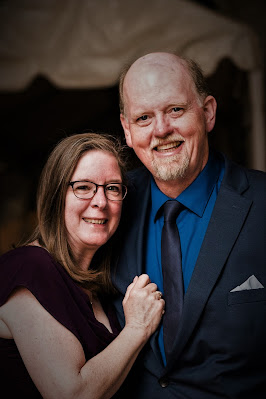 Last night we had dinner at Ruth's Chris Steak House. It was the first time we'd ever been there and it was delicious! After we ate we walked about a block to the Paramount Theater and got to see Hamilton! It was incredible to watch it live. Their voices were phenomenal; the costumes and sets were captivating ... the entire room was electric! As soon as the lights went down everyone began to clap and cheer! It was so much fun!
Heading into the city 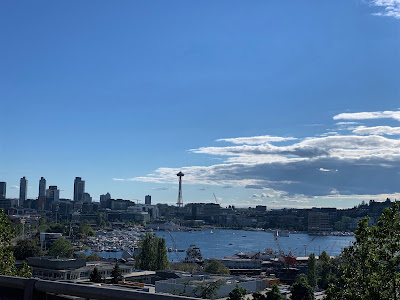 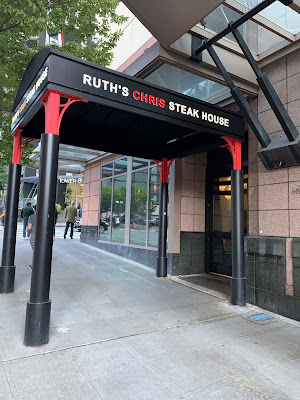 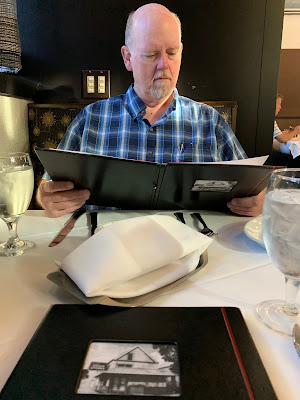 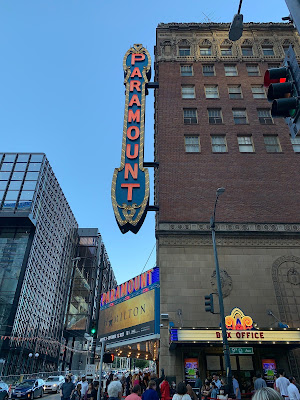 Our seats were in the 12th row! 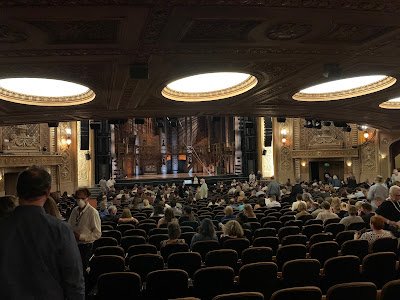 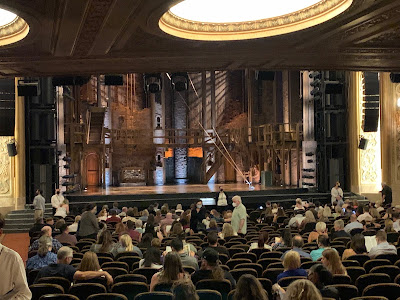 The view from our seats 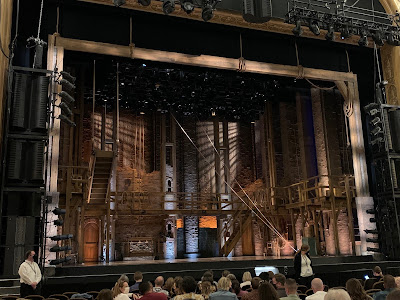 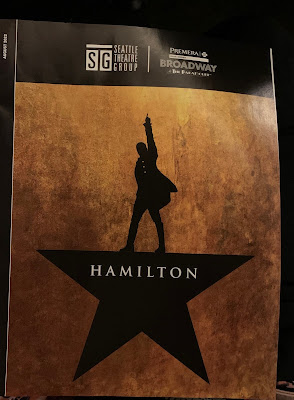 During the Intermission we went down front to see if one of the attendants could take a picture of us. At first he said no because then EVERYONE would want him to take their picture but after he saw us trying it ourselves, he had pity on us and very quickly took one. 😂 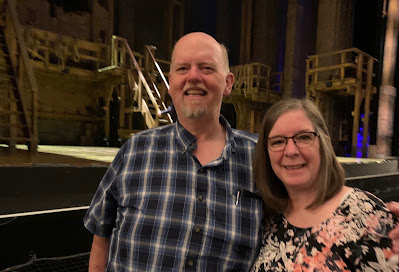 We went back to our seats and tried again. I wanted to get a picture with the full stage behind us but we just couldn't make it happen. This was our second or third try - 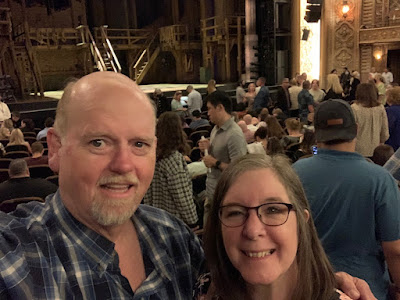 While we were trying, Chuck got a Facebook notification. It was a friend who was also at the show! She had been watching us and sent us this:

We hadn't seen her in years so we got to talk for a few minutes. It was so good to catch up.
We had such a good night! We stayed up until 2:00am talking.
The Lord has poured His blessings on us the last 40+ years. We've been able to experience so many good things in this life. I hope it continues for another forty!
Posted by Cindy at 8:51 PM

Happy Anniversary! Wow, what a fabulous way to celebrate. I love live theater but haven't been in ages. Ruth Chris' is still on my bucket list; happy to hear you enjoyed it!

Happy Anniversary and what a great celebration!! I keep hearing about Ruth Chris. One of these days, I hope we make it there.

Happy Anniversary to you two. You celebrated well!! Fun shot from your friend.

Happy and Blessed Anniversary!!!! Beautiful then. Beautiful now! I love the steak house! Did you have the sweet potato casserole???? Have a cozy evening, my friend.

What a great celebration you had for your 40th Anniversary! I at a Ruths Chris a few years ago. Delicious! How funny that your friends were there and sent a picture of you taking a selfie!! Congratulations and wishing you blessings for another 40!!

Hi Cindy~ Congratulations, 40 years is amazing! It sounds like you had a perfect night. Your selfie turned out so cute, one that you will never forget. Again, congratulations! Hugs, Barb

Happy Anniversary to you1

Oh happy Anniversary!! 40 years is a great milestone! We just had our 53rd anniversary this past week as well, on the 16th! Looks like you had quite an eventful "date"...dinner out and then the theater! What fun! Love the selfies and the picture taken by your friend from a distance of you taking a selfie! That was fun! Congratulations to you both, and may you have many more happy and healthy years together!!