Two days after Diana and Peter's reception, we loaded up a Penske truck and moved them across the country.

We packed up the last few things from Diana's house and Peter came with the truck. His parents arrived and about the time we started hauling things out to the truck... it began to pour!! 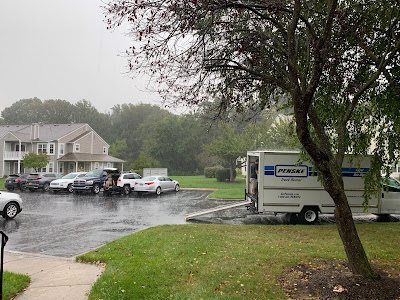 I spotted Diana waiting in the car hoping it would slow down before she ran back to the house! 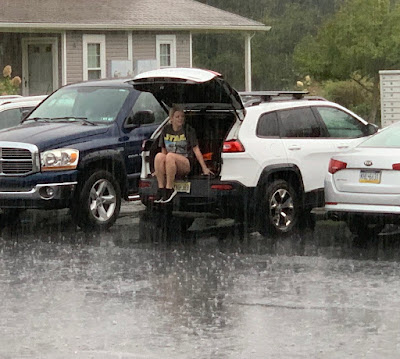 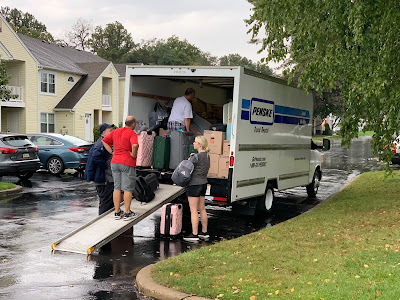 And about the time we finished, the rain let up. Ahh, life. 😊 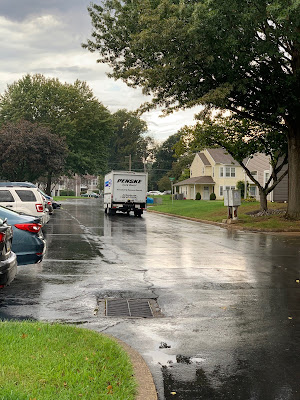 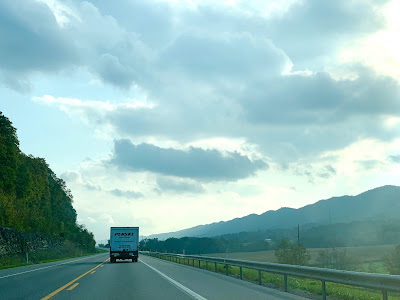 We all went out for brunch and then the 5 of us headed west. But I want to tell you about a site we saw just outside of Bozeman, Montana. They were doing some construction on the highway, not much, most were just getting off the highway and getting right back on again. But for some reason Google maps took us on this 5 mile detour.

We're cruising along, trying to enjoy the sights when a pick up pulled out in front of us. We could tell they were locals and we drove along for a few minutes when all of the sudden... 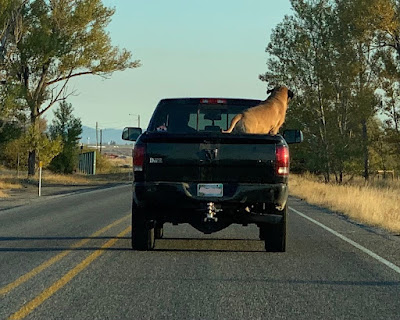 This massive dog pops up from the bed of the truck! We couldn't even tell he was back there until he stood up. He was so big and was moving around the back... then we see this little dog pop up on the left side of the truck. I couldn't tell you what kind it was, a terrier I think. It looked like he put his paws up on the wheel well and we could see it's little head.

And then all of the sudden.... 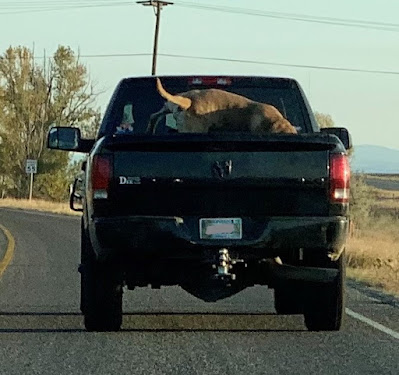 OH my...that is too funny...what a crazy ride!! I'm confused about your daughter...where did she move from and to? Are they across the country from you? The wedding was back east, but, well, I'm confused. Okay, carry on.

Google took us on some wacky side roads on our trip.

God bless you, and thank you for your sweet comment!

Oh Google maps! I guess the dogs owner didn't think to take the doggies potty before the ride!😆

So sorry about the rain. That had to be frustrating. That's crazy about the dogs!!!