We had been at the beach for a little while and Chuck and I were up on our 'spot' in the sand and our girls, plus The Cousins, their spouses and kids were all playing in the sand or out in the water.

The weather was gorgeous: blue skies, temps around 80 and the water wasn't as cold as we expected. It really was as close to perfect as you could get. 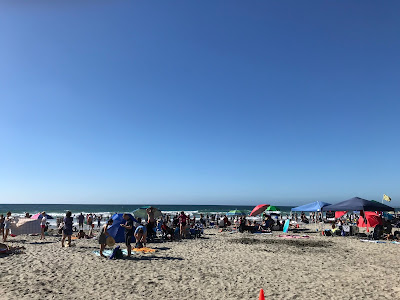 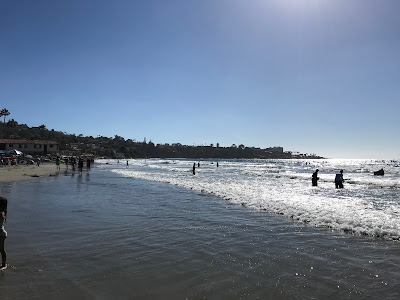 All of the sudden we heard the sound of the lifeguard jet ski as it splashed through the waves heading out to get someone. It happened a couple times while were there and just about everyone on the beach stops what they're doing and watches. 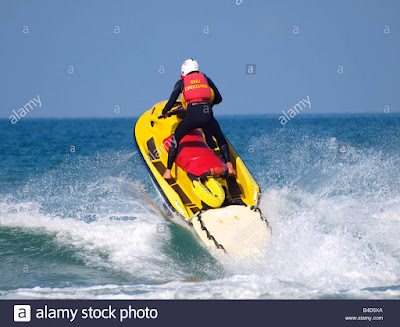 As we see it go close to a couple people Chuck asks, "Is that Sharaya?"  I asked him why he thought it would be her and he said it was about the same area where she and Jess had been before. (Jess is my nieces husband.) I stood up to get a better look.

The person grabbed onto the board on the back of the jet ski and they started bringing them back in. Chuck says, "That really looks like Sharaya!" By now I recognize the black bathing suit and I'm walking faster to the area where they're bringing her closer to shore. I realize at that moment that the rest of our family has left the water and they're coming over too.

The lifeguard stops in about 2 feet of water and Sharaya gets off the board. It IS her!! I could just feel my heart pounding, I knew she was okay but oh my word!! We all gathered around her and just bombarded her with questions: "What happened?! Are you okay?! Did you motion for the lifeguard?!" "Did they just see you?!"

Looking back now I could tell she was absolutely exhausted and we should have let her get back to the sand and sit down but I think we were all just so concerned and scared!

She said that her and Jess had been out far enough that they couldn't touch the bottom and they just were treading water for a while. But then she started to get really tired and as hard as she tried to swim in, she wasn't going anywhere. She thought about trying to swim again when the lifeguard showed up. She figured she could make it on her own, but decided to go with him instead.

And we're so thankful she did!

Of course her cousins couldn't let it go by without getting in a few jabs, "Yeah Sharaya, we know. You just wanted to meet the lifeguard!" "Did you get his number?!"

I will forever be grateful to the lifeguards at La Jolla Shores for seeing my daughter way out there in the water, noticing she was getting tired, and keeping their eyes on her as she tried so hard to swim in to shore. 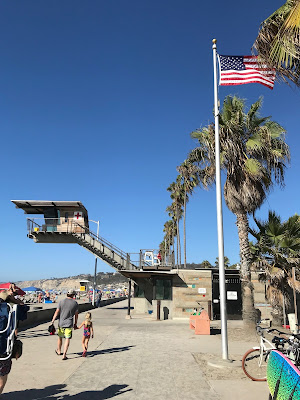 And especially to Lifeguard Tower 31 for getting on the jet ski to go get her. 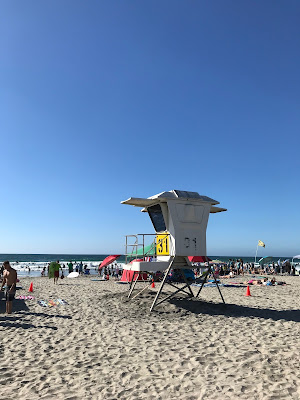 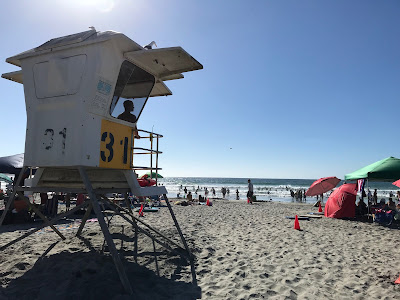 That day could have ended much differently but they saved her life and I will be forever grateful.

wow...that is sooo scary. Thankful for lifeguards that pay attention to their work.

Oh my goodness!!! The ocean & big current waters FREAK ME OUT - you can be a good swimmer, but the water has a power of its own.
So glad the lifeguard was paying attention!!!

Wow! So thankful there were attentive and alert lifeguards there! What a blessing! You just never know how a beautiful day can turn in a split second, and just thank the Lord with you that it all ended well!