The Oldest, But Not the Big Sister

One thing I found most difficult in raising my girls was seeing Sharaya and Diana surpass Beth in every area of life. Beth is the oldest of our children, but she's not the big sister. 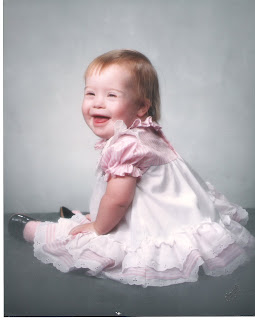 Beth learned to sit up at 1 year old. We thought that was normal because we didn't have an older child to compare her progress with. Beth learned to walk at 2 years old; right about the time Sharaya was born. It really hadn't occured to us that most kids learn to walk at one. Because of Beth's delay, it was like having two kids under the age of one. But we didn't know that. What we did know, was that we had two kids! 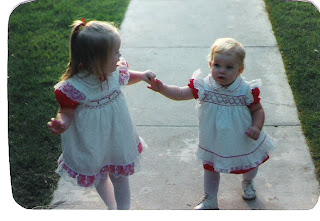 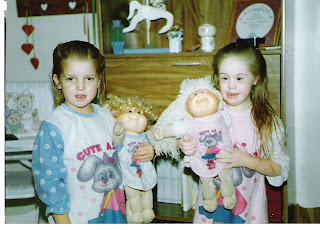 We had just purchased our first home and the girls were in the front yard, running around and just acting silly. Beth was pushing a small, plastic wheel barrow when suddenly, one of the handles fell off. She instantly stopped, and looked over at me. I was standing on the porch video taping their goofiness. Sharaya immediately went over to Beth, reattached the handle then continued playing. Beth picked up the wheel barrow and ran off. I lowered the camera and just stood there, feeling emotions I couldn't explain. 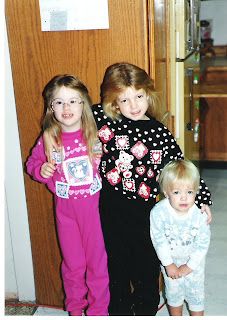 Beth was old enough to remember when Diana was born and therefore was hurt when Diana surpassed her. Beth was okay when Sharaya learned to drive. But when Diana got her license, Beth told me that she too, wanted to learn to drive. Oh boy! I knew Beth would never be able to get a drivers license and gently explained that to her. I did tell her however, that she could practice. With fear and trepidation, I took Beth to the local high school parking lot. It was big and it was empty. She climbed into the drivers seat, fastened her seat belt, checked her mirrors and started the engine. My heart was in my throat. It was about that time another young high schooler pulled into the parkinglot and began his practice runs. Now I was sweating. I told Beth to take her foot off the break, that was all! Don't touch the gas pedal! We coasted a few yards when I told her to put her foot on the break. I had forgotten that Beth moves in two speeds, slow and slower. She carefully thought about my words, until I screamed them. The fence is getting closer now, the young boy is circling back around us and she is slowly putting her foot on the break. I screamed louder! She slammed on the break and said she was done. :) 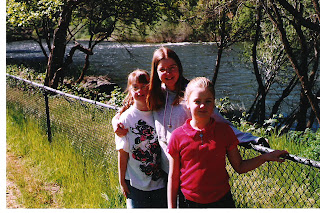 Maybe I didn't give her enough credit. She actually did okay. I have thought about taking her up to the school again. Some day.

There have been some milestones that Beth did first: puberty, high school graduation. But for the most part, not only did her sisters do them before her, Beth didn't do them at all. For example, learning to ride a two wheeler, dating, moving out into a first apartment. Each one brought sadness for Beth and pain in our hearts that couldn't be comforted. There will always be moments of pain that you can correct with education or dialog, but we never expected pain from everyday life that we had no control over.

Our kids are adults now. Beth has become content with her life and the way things turned out. Being the oldest sister and having two big sisters can have its perks. She wins arguments just by reminding them she is the oldest! Sharaya and Diana will always respect her for her age, but they also protect her as their little sister.
Posted by Cindy at 8:54 PM

Wow, what a beautiful post. Thank you so much for sharing that. I love hearing about adults with Ds as there's so much unknown for those of us with young children. Beth is so lovely, and so lucky to have such devoted big sisters.

Wow, I too felt the emotion about the BIG Sister, and when the roles where exchanged in the front yard, and your story of driving lessons in the school parking lot...It's got to hurt, but I am sure Beth brings many rewards that cannot be touched by the other girls ...*smiles*

I just wrote a post on this topic it is similar to what u r saying I do not have DS but CP the post is oldest?