A couple weeks ago I posted about Beth and Sharaya's nickname for each other - Bobin. Time for Part 2.
Beth heard the phrase, "What's Up Chickenbutt?" and thought it was funny to say to Diana. That started a life-long, affectionate pet name between them, they've called each other Chickenbutt for as long as I can remember.
L-R Beth, Diana, Sharaya. I caught them outside like this one afternoon.
Pretending they're on a roller coaster? Riding horses?? 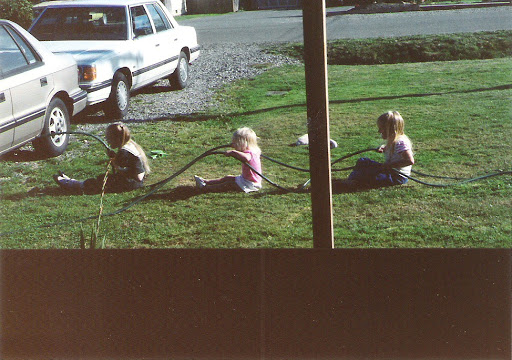 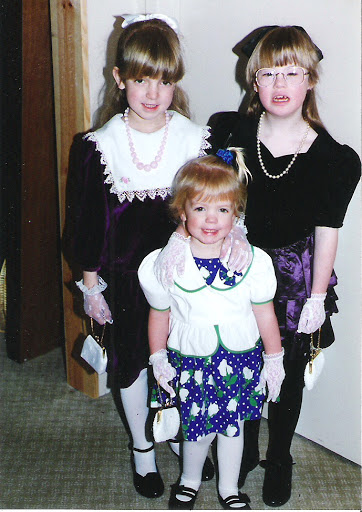 By the time Sharaya entered Jr High, Diana was 8 and Beth was 15. Sharaya had her own room by this time and really was outgrowing her sisters.
I've always claimed that Beth's mental age was about half her actual age. Nothing clinical to back that up but just the things she liked, the way she acted, dressed, all seemed to confirm my theory. So by the time Sharaya was 13 and Beth 15, they had less in common and Diana and Beth were becoming close. 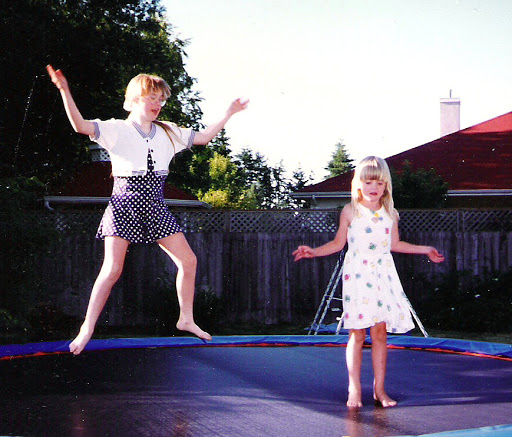 Diana volunteered on the Special Olympics basket team at her high school. She seriously pursued ASL and even considered becoming an interpreter. She also volunteered in our Special Connections Sunday school class for many years. She became somewhat of an advocate for Beth and anyone who had special needs. 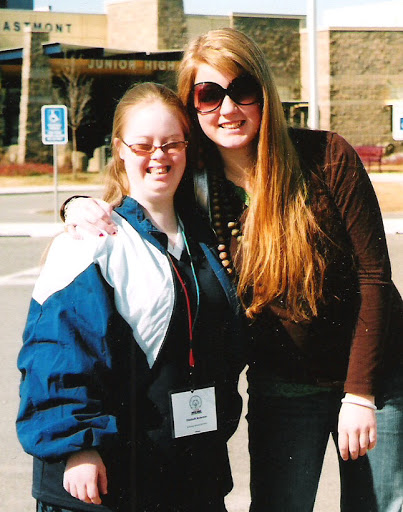 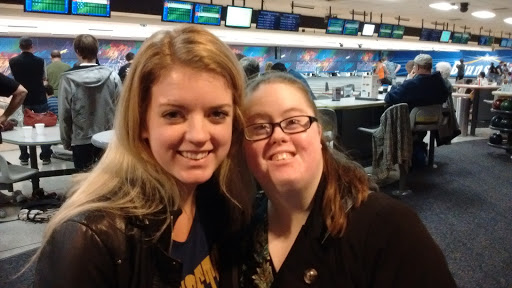 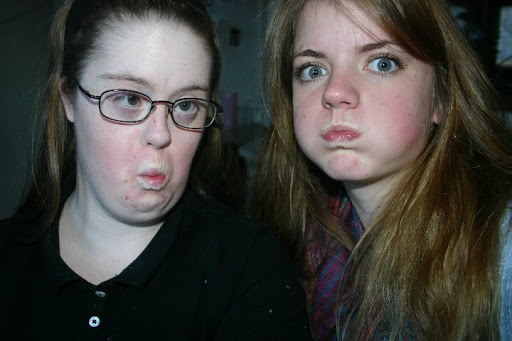 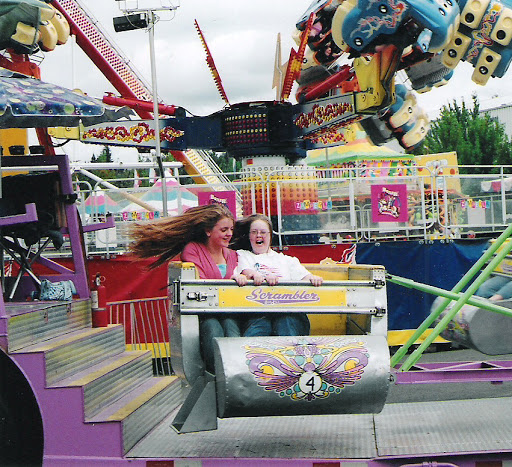 And now both Bobin and Chickenbutt have flown half way across the country to care for an Aunt who is home from physical rehab and can't be by herself. They're helping her with physical therapy, and they're cleaning and organizing and shopping...
Do you ever sometimes just think about your kids and the kind of people they've grown up to be?
I have to say, I'm pretty proud of these two. 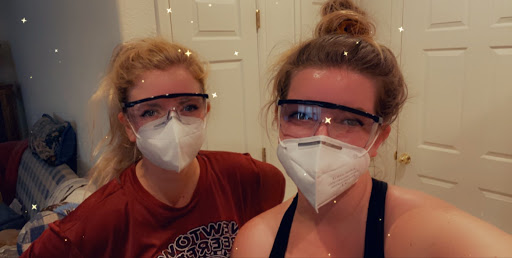 You have done a wonderful job raising your daughters, Cindy. They sound like terrific young women.

I would say you have every right to being proud of your girls! I enjoyed this post!! Thanks for sharing with us!

I love that they are helping their aunt. So sweet.
I just have always been so jealous of sisters & their relationship & your girls are just so lucky to have one another

I love this story. And I also love the affectionate names they call each other. Precious memories that bring smiles. And what wonderful examples they are to young women everywhere. Thank you for sharing this with us today. Love hearing heart warming stories in today's world of chaos.
Have a blessed and wonderful week.