"When This Be Over?"

That's the question Beth has been asking every couple of days lately. We've talked about the virus and how it's making so many people sick. I've demonstrated how when we cough and don't cover our mouths our germs can land on people and things. And that's how people are getting sick. I'm trying to make it simple enough for her to understand without talking to her like she's six. 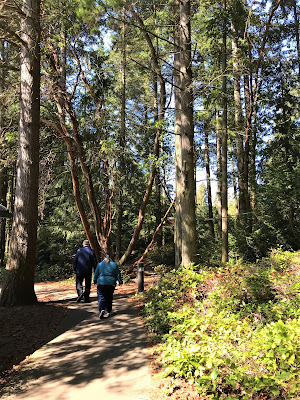 She misses her friends and asks when she can see them again. I've shown her pictures of them on-line and she'll read some of their posts. Her and Nick text a little but he is SO social, it's hard for her to keep up with him. She enjoys being by herself.

It's the routine she misses the most. 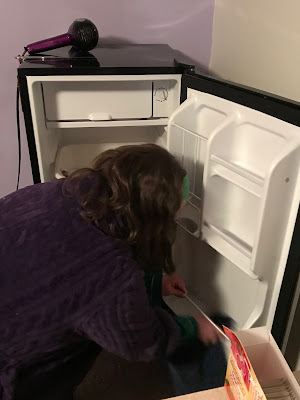 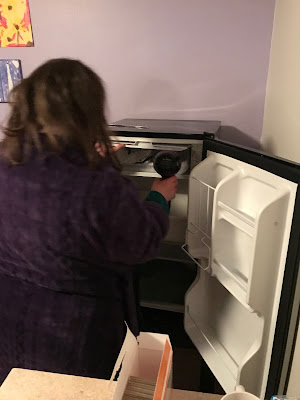 She doesn't understand the whole streaming thing. We watch our church services on-line and I've pointed to the empty choir loft and told her that no one's there because they're at their own homes watching it on their TV's like we are. She sees it's empty but you can tell she just doesn't quite get it.

When our pastor mentions "...all of you watching from your dining room table or your couch..." she is truly shocked like, "How does he know where we are?"

For years I've written notes for her to do chores around the house: empty the dishwasher, take out the trash, vacuum, etc. and I'm still occasionally doing that but I will admit I've thrown my own routine right out the window and I'm sure that hasn't helped her.

And on Saturday Chuck went back to the hospital. He passed out at home and I called 911. He ended up having a blood transfusion, a CT scan, was seen by a GI specialist... he spent 2 days there and it was all caused by a blocked colon. Just one more thing to upset the routine of life. 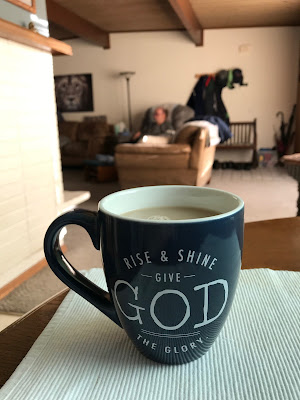 OH MY GOSH!!! HOW TERRIFYING IS THAT???? Hope they have Chuck all better now. Do they know what caused the blocked colon? That can get dangerous fast.
Are you able to see him in the hospital.
I'm sure Beth isnt alone in trying to wrap her mind around all this.
I'm with you... when will it all be over

You truly have some difficult situations to deal with right now. I am sure you are anxious for "this be over". We all are. We are all feeling the same kinds of things as your Beth is feeling, even though we think we understand it...but we really don't. It has all been so surreal. But God is with us and He will see us through, one day at a time. So glad your husband is better, and we will keep praying for him...and you! May the Lord give you wisdom, patience, and strength.

You've had your share and more, haven't you. I'm relieved they found out what the problem was and could resolve it, but that's terribly frightening. And Beth. This must be such a challenge for her. It's hard enough when you DO understand it much less having to grasp it. Routine. I'm not sure I even know what that word means anymore. You're not alone on that one.

Oh my friend,
You are certainly carrying a heavy cross.
And with such grace.
Hugs and prayers!

Bless your heart... so many things on your plate right now. Prayers for you and your family, precious Lady. 💜🙏