I Hope I Get To See Him One More Time

When we were in San Diego for the memorial a few weeks ago, we drove up to see my dad a couple of times. We walked around the facility and took some photos. I've been able to go down about every 3 months this year but it's been a year or two since the girls had seen him. 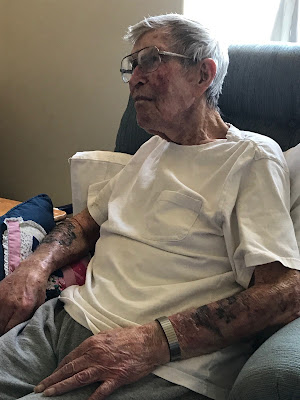 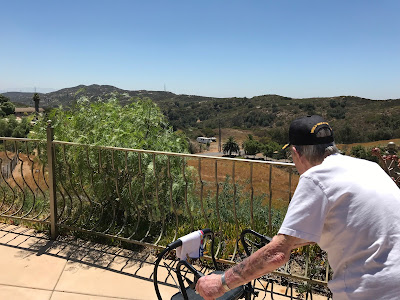 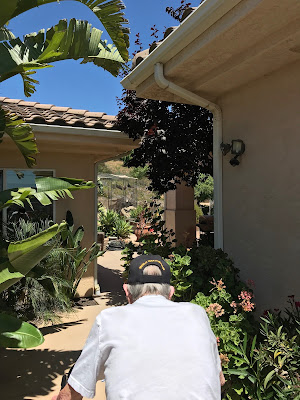 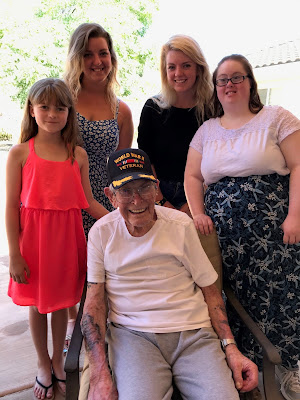 Early Saturday morning my sister called to tell me that he had fallen and he's broken his hip socket. The actual socket. He's 94 and the doctors don't believe he'd survive surgery so they're just going to try to keep him comfortable. He'll never be able to walk again and they're struggling to get him to eat.

I'm sitting here going through all my childhood memories: when we would go camping at Green Valley Falls; he was the photographer in our family growing up and I even have the Brownie camera he used to use; after he and my mom divorced he became a better friend to her than he ever was a husband and he loved her his whole life.


This was taken on their wedding day. 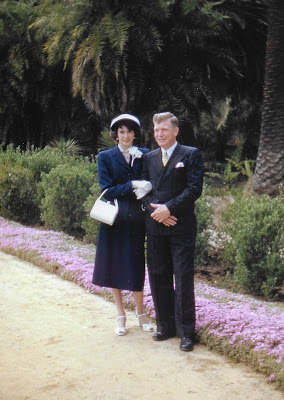 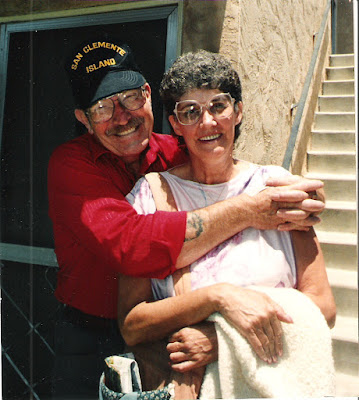 My mom passed away in 2005, his parents and brother are both gone. He's the last one.

Today they're transferring him from the hospital to where he's been living and hospice will take over. I hope I can see him at least one more time this side of heaven.
Posted by Cindy at 12:30 PM

OH my gosh... I just have instant tears. I am so sorry. Praying you can get to him to give him some last hugs & kisses before he enters his Glorious Home!!!! Praying for you too as you handle all this overwhelming emotion.

I am so sorry to hear about your dad, but don't give up hope. I work in a nursing home and more than once I've seen hospice come in and take over the care and someone who seemed sure to pass within days turned around. Those girls really know what they are doing. They may get your dad to eat and fight to keep going. It's all in God's hands, though. I will be praying!

Praying for you and for your dad now. I am so sorry he has had to go through this painful ordeal at this stage in his life. Praying they are keeping him very comfortable and as pain free as possible. I know you want to see him again, and I hope that you can. But if you are unable, you will have some very pleasant memories of him from your last visit, when he wasn't in so much pain. Praying for you now, that you will be able to do what is best for you and for your Dad. God bless you dear friend.

I hope you see him again too Cindy, but if you don't, don't let that devalue all the moments you've had with him over a lifetime. It's the living that matters. Sending lots of love.