Before we left on our trip Chuck was planning our route and brought up the idea of going to the Pro Football Hall Of Fame in Canton. Oh joy, I thought. Well, I guess if we're stopping to see a friend of mine from high school, we should make a stop for him. I was really excited for him to see this though, his whole life is football. He actually played semi-pro when we first got married and he's seen just about every single game ever played since then.

I expected it to be very boring and I was really trying to have a good attitude about it. Well, much to my (pleasant) surprise, this place was amazing! There were interactive areas, highlight reels, displays, it was so much fun! 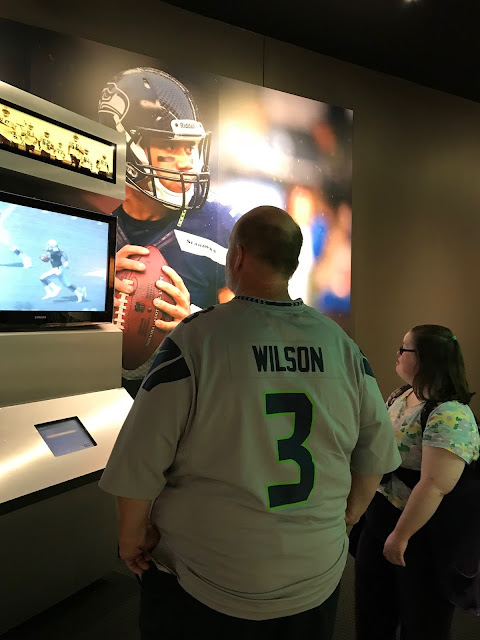 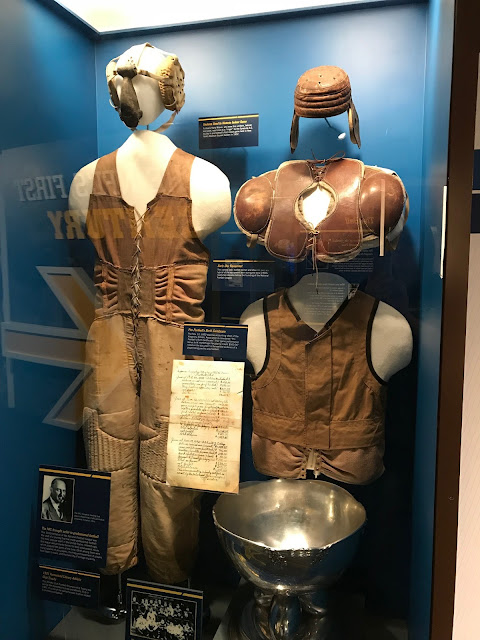 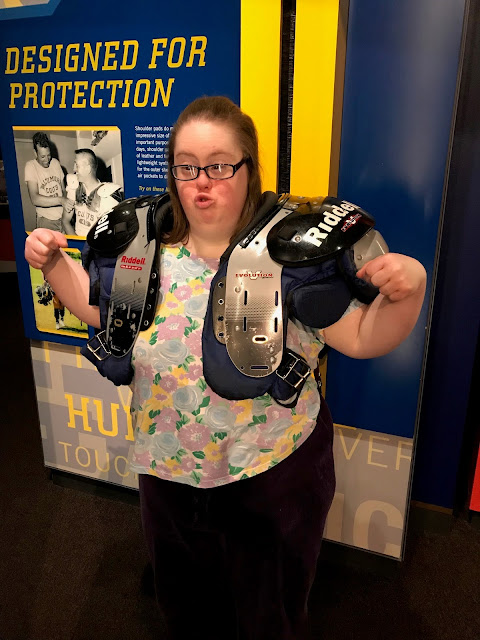 They had a table with Hall Of Fame rings that looked like they were sitting up on the display case but what you actually saw was just a hologram. 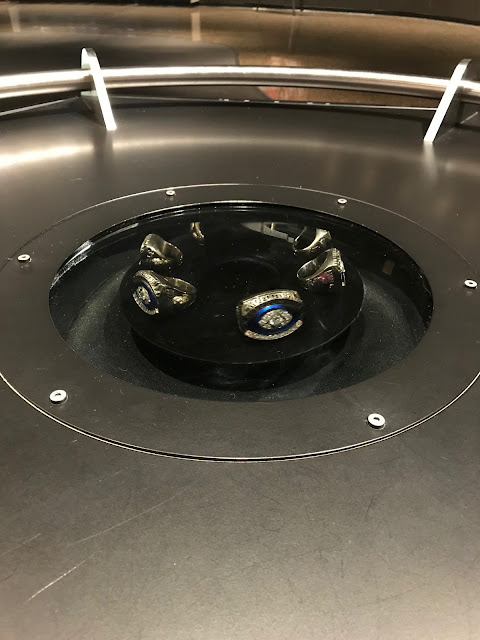 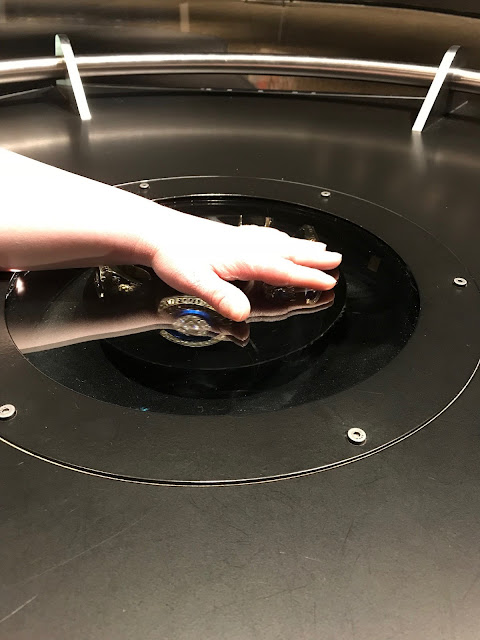 The actual rings were underneath and you had to lean over it and look straight down to see them. Beth and I thought it was very cool. 👍 😊 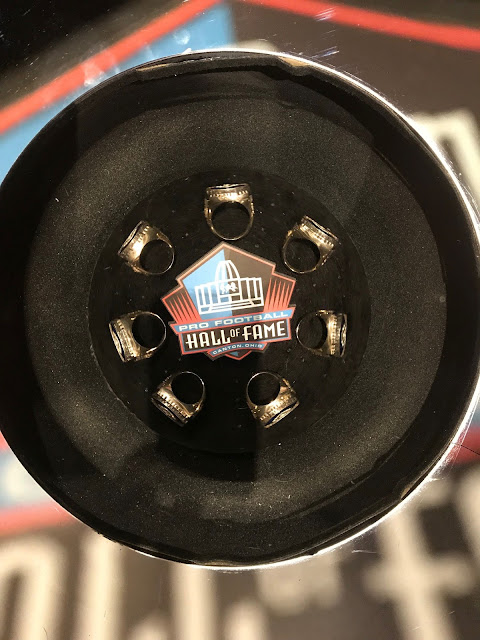 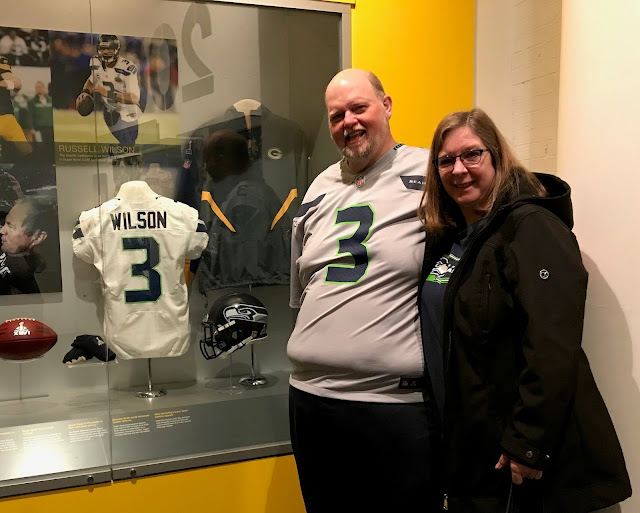 The Hall Of Fame Gallery was very impressive. These went on around the corner, there were SO many of them! 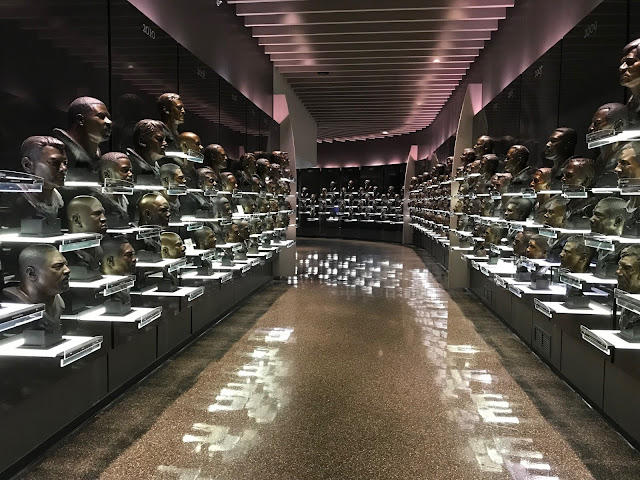 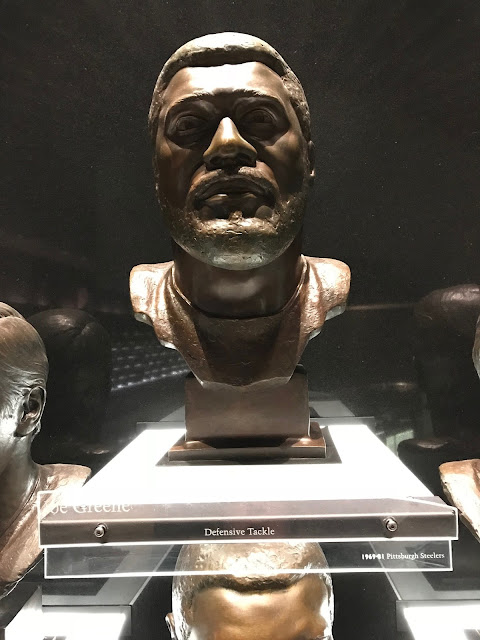 Dan Fouts
(He was quarterback for the San Diego Chargers when Chuck and I met and I began watching football for the first time in my life.) 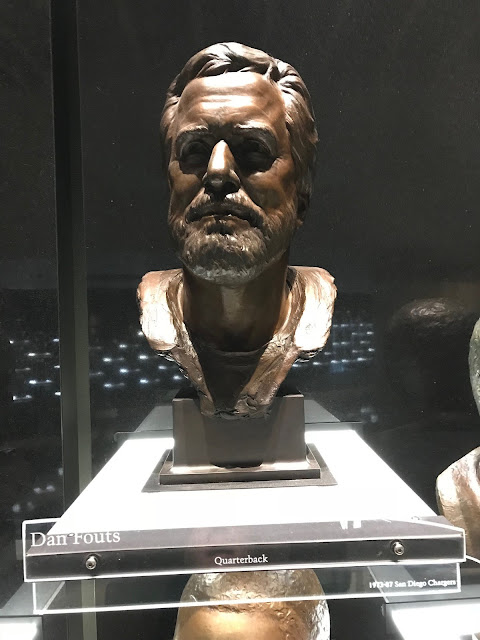 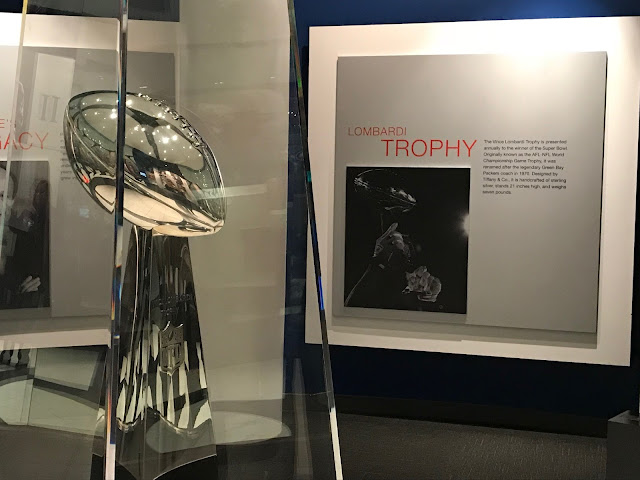 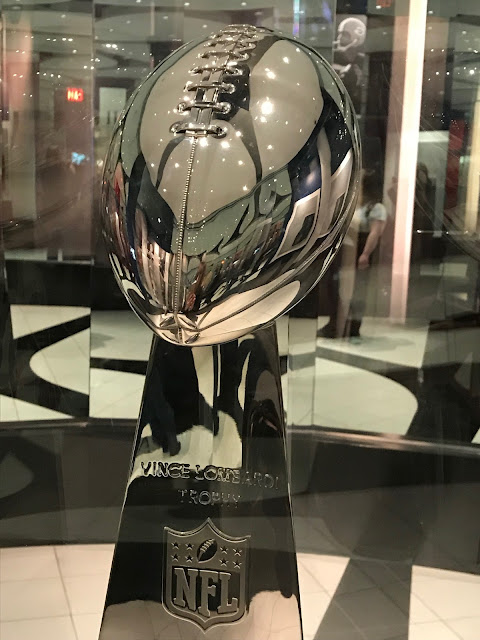 We'd been there a while when Beth and I headed to another area and Chuck told us we needed to get going cause we still had a couple hours of driving before we got to our hotel. We weren't ready to leave yet!

If you've never been to the Pro Football Hall Of Fame in Canton, Ohio, I highly recommend it! We really had a great time!
Posted by Cindy at 5:46 PM

What fun! I'm not a big football fan, but I do love a good history, even in the form of football... ;0) I think it's wonderful that you went for, Chuck, I'll bet it meant the world to him. Beth looked adorable as a little football player, and that hologram was amazing! What a fun time!

Wow!
We love football here...especially our beloved Steelers!
And we are really not that far, but have never been there.
I had no idea how amazing and interesting it is.
Thanks for sharing your day!

I have been reading your posts regularly. I need to say that you are doing a fantastic job. Please keep up scr888 apk all version the great work.