A Tale As Old As Time

I was getting ready to shut down the computer when I remembered I haven't shared Beauty and the Beast with you yet!

Sharaya was given tickets to Anastasia at the Paramount the same night Beth and I were going to the 5th Avenue Theater so we ended up taking the Light Rail downtown. It was so much faster and we didn't have to fight traffic or search for parking. 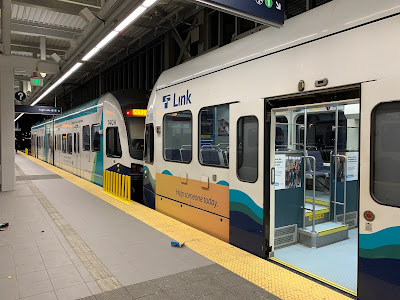 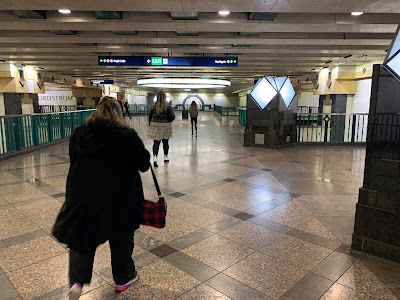 We walked through the tunnel to get outside then stopped at MOD Pizza before heading to the theater. We got there about 20 minutes after the doors opened and by then the line was really short. We had to show ID and proof of vaccination, got our hands stamped and went inside! We were so excited! 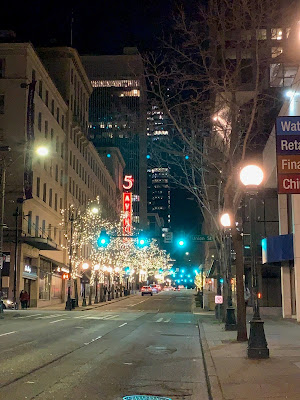 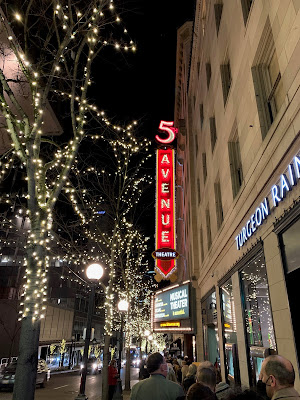 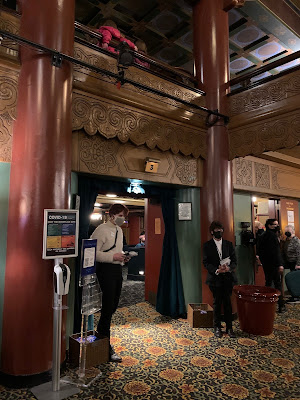 We had such great seats! They were perfect. We took a few pictures and read the program while we waited for the show to start! Beth took a picture of the rose on the curtain and put it as the background on her phone. 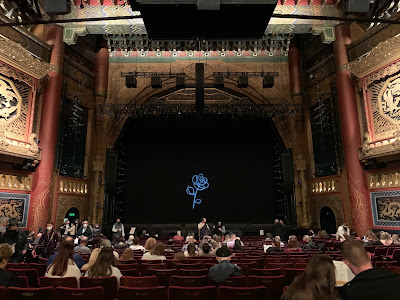 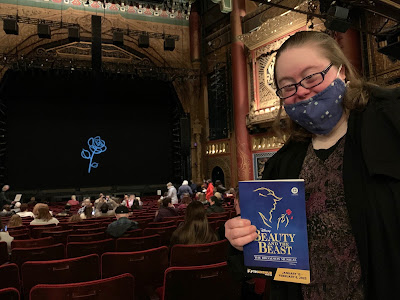 The whole play was good. There were a few new songs but most of them were from the movie. The actors voices were phenomenal, the music was familiar - all the songs you know and love - and we tried our best to not sing along. Too loudly.

Our favorite part was Be Our Guest. Oh my word, the audience erupted in applause and we gave them a standing ovation for that! It was spectacular! Of course, no pictures allowed so I took this at the end. This was the set for the library and the tower, it slowly turned depending on what they needed. The last couple pictures I got from their website. 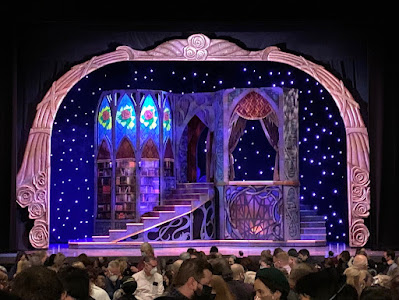 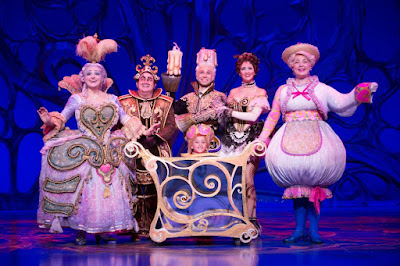 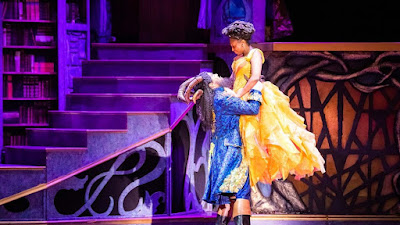 It was a magical night! If you get a chance to see it, we highly recommend it! 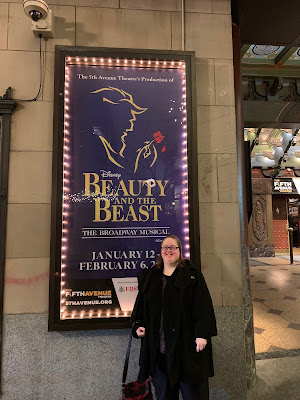 That looks so wonderful. I would love to see it some day. I've seen the one at Disney World and it's pretty phenomenal too, but it's only probably about 30 minutes so a lot is left out. So glad you got to go and thanks for sharing.

It really is a magical show, isn't it?
Yep -the Be Our Guest scene just makes you smile. If you dont come out of that part with a grin on your face, something is wrong with you.

I got chills looking at the photos. I would love to see that on the stage. I love the movie and all of the music. So glad you had a nice evening.

Wow!! The pictures are just beautiful! I can tell by the smile on Beth's face that she was having a fun time!! I love, Beauty and the Beast!!

Oh, what a wonderful evening you two had!! Those memories will last forever in your hearts!! Such a great story and the music really is magical! Glad you sat down again to tell us about this!! xo

Sounds like a great production. Glad you could enjoy it together!