My niece called at 6:30 this morning to tell me my sister had died. She was sobbing so I wasn't sure I heard her right. Honestly, I'm still in shock. It was totally unexpected. She was only 68.

I ran out of the bedroom and Sharaya and Ally were just getting ready to walk out the door when I told her, "Aunt Kathy died!" She immediately put down all her stuff and called Chuck and then Diana. I was still talking to my niece. We were both sobbing.

Ken (my sister's husband) had been sick but was starting to feel much better. Then Kathy started feeling sick. My nice talked to her on the phone on Sunday and Kathy said she didn't feel good. She was congested and had a hard time coughing up stuff. When they went to bed last night Ken said "she had a hard time finding the right words." During the night the heater went out so he went outside to fix it and when he got back to bed she was unresponsive.

We don't know if she had a stroke or a heart attack...

I called our other sister Deb and we cried for a while.

Chuck came back home from work, Diana came over and we spent the day looking through old photos. During dinner we watched home movies. It still doesn't feel real.

L-R Kathy's the oldest, then me, and Deb. 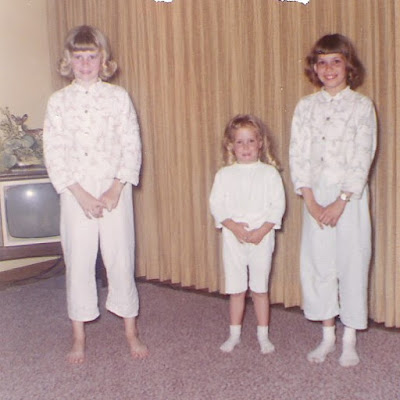 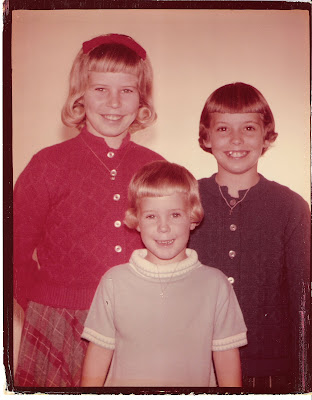 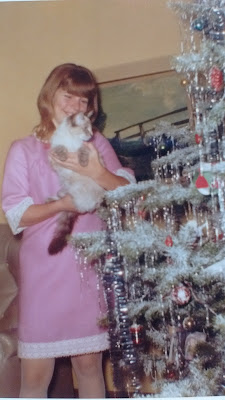 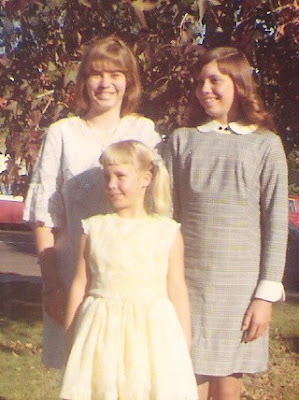 We took these when we visited them in Colorado in October of 2020. These are the last pictures I have of us. 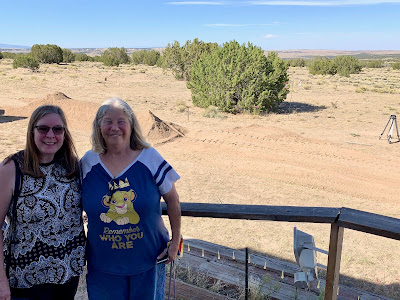 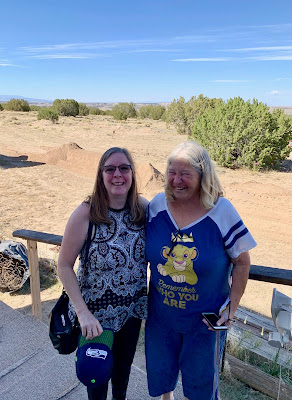 OH Cindy, I am so very sorry to hear this news. I know you and your family are still in shock as this was so sudden. Praying for you and all of your family right now, that the Lord will comfort you and give you all a sense of His peace. I love the pictures you found, and especially the happy ones of the two of you together in 2020. Those are treasures. Sending you big (((hugs))) and prayers now.

I’m so sorry for your loss. Praying for you and your family.

What a shock! So sorry for your earthly loss. May God's comfort help you all as you grieve. :(

Cindy, I am so very sorry to hear this. Please know that I will be praying for all of you.

Cindy, please know I am praying for you. I am so very sorry. I pray you find a small amount of comfort as you remember her surrounded by the ones you love. May her soul and the souls of all the faithful departed rest in peace. Amen.

So sorry to hear of your loss. Sending much prayer and love t0 you and your family.

Hi Cindy~ I am so sorry for the loss of your sister. I pray that you and your family will feel peace and comfort during this most difficult time.

My heart aches for you and your family. I am so sorry to hear that your sister Kathy has passed away. Keeping you in my thoughts and prayers. I'm asking God to hold all of you close to Him. ((Hugs))

My heart goes out to you Cindy. I can't imagine losing a sister. I am close to her age. I will keep you and your family in prayer.♥

I am so sorry. Its never easy to lose a family member but to have such an unexpected loss - that's a whole other level of heartache. Praying for your family Cindy!!!

Oh Cindy, I'm so deeply sorry and send wishes for peace and healing. Losing anyone close is tough; I have no sisters but I can only imagine the bond would be so strong and powerful, one of the few left who you have known your whole life. Please be gentle with yourself in these challenging days. Love and hugs.

Cindy, my heart goes out to you! I lost my brother unexpectedly and it is so hard! Our siblings are our earliest friends (well, sometimes frenemies) but oh how we love them and miss them when they’re no longer with us. So many thoughts and prayers headed your way.

I am so sorry! Losing a sister is so hard. No matter is it's sudden or our loved on was ill for a time (I've experienced both) it's just so hard. May the peace and comfort from our Father surround you.

So very sorry to read this! Condolences to you and your family.

I am so sorry, sweet friend, for the loss of your sister. I think in the back of our minds we have an understanding and expect to say goodbye to our parents at some point. But it is different with a sibling so much closer to our own age. And even more difficult when her passing was so unexpected. Love the pictures of you and Kathy, and the big smiles you were both wearing last time you were together.