I was thinking about my dad today.

As my dad got older he fell in love with trains and he donated financially to the Pacific Southwest Railway and Museum. So when my sister asked me to plan the train ride as part of our memorial/celebration, that's the one she wanted to go to but it was an hour away and it was kind of expensive.

So I made the decision to just ride the commuter train up the coast of San Diego and back again. It would be quick and inexpensive.

But no. My sister insisted we go to the Pacific Southwest Railway and Museum. She said our dad volunteered there over the years and she wanted to ride that train. So we all piled in our cars and drove the hour out to Campo, CA.


I had read on-line that we could buy a brick in honor of him and they'd put it in the walkway leading to the station. We all talked about doing that, it could be nice!

When we got there, we all headed toward the office and what did we see? 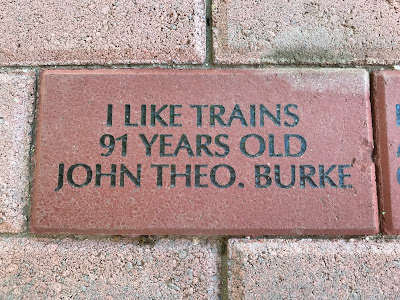 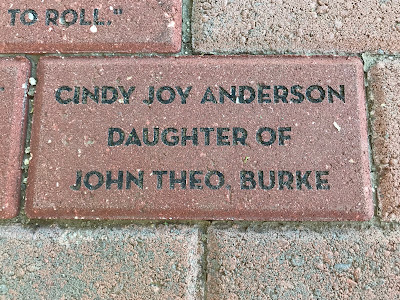 He had already purchased bricks for himself and for me and my sisters!! I'm so, so glad we followed my sisters advice and took the time to go out to that train! It really made us feel like he was there, like he bought them knowing one day we'd go out to ride that train.

I bet he smiled as we darted about the walkway searching for bricks! "Here's another one!"

Wow! I think that's amazing that your dad was thinking ahead...a little tender mercy from heaven to earth that day...just love it!! Thank you so much for sharing this amazing story!

How perfect a memorial for your dad!!!

What a sweet discovery. Hugs...

Well that just brought me to tears. How special was that!!!