The Feeling Of Freedom

This last week was so emotional. You could tell my dad was nervous about moving but he knew it had to happen. My sister has been doing everything for him and I think he was just expecting her to do it all. At one point my dad told her, "Deb! I'm hungry!" And she asked him what he wanted to eat. And I lovingly said, "Actually dad I think what you meant to say was, 'Hey Deb would you please fix me something to eat?'"

And honestly, neither one of them smiled. They both had exhausted, no nonsense expressions on their faces.

Throughout the week I had to remind my sister to feed her animals.

My dad asked her to help him with everything.

She forgot where she put medication.

The house was always closed up.

Every day she got him out of bed and helped him to the couch. Sometimes he would get up and walk around the living room and kitchen to ease the Restless Leg Syndrome but for the most part he stayed on the couch until it was time for bed again.

They absolutely love each other and they both know the other one is trying their best but after so many years of this, the situation had just drained them both.

It was without a doubt time for my dad to move.

My niece, nephew and some of their kids came over and helped us move the few pieces of furniture that he was going to take with him. We got him in the truck then went back into the house for our purses and stuff and my sister began to cry. I just stood there and hugged her for a while. 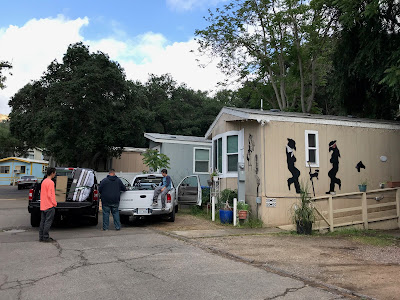 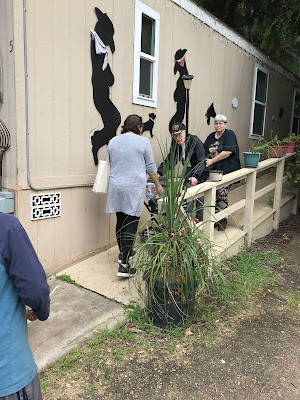 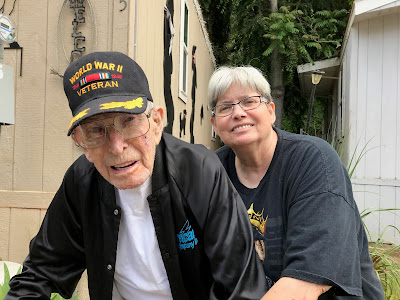 When we got to the facility Deb decided to leave my dad in the truck while we moved his stuff into his room. It didn't take very long and he was walking into his new place. His room is much bigger than the one he had at my sisters and there was bright sunlight beaming in through the window. 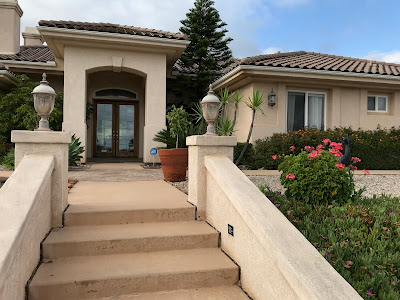 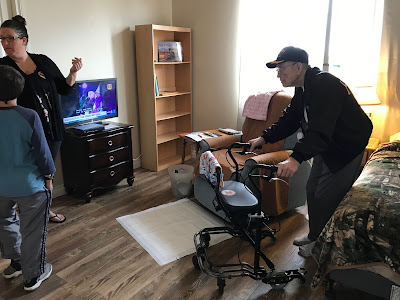 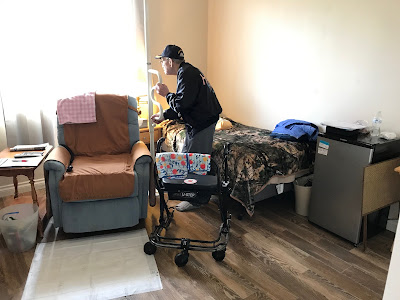 They put a pole by his bed so he can start getting himself out of bed on his own. My sister has helped him for years but he has to be able to do it on his own. 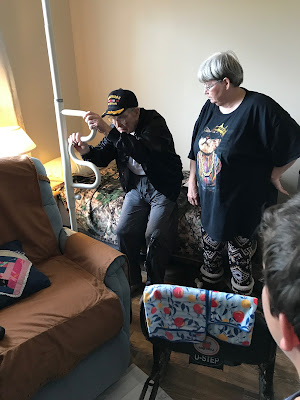 While Deb sat at the table with the administrator going over medications and paperwork, my dad walked around the facility. 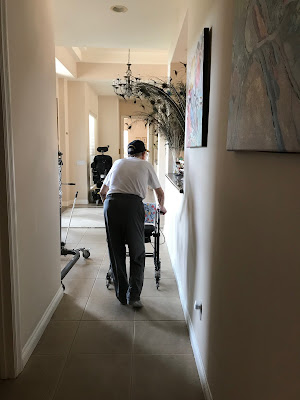 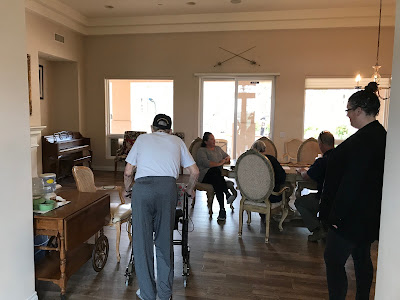 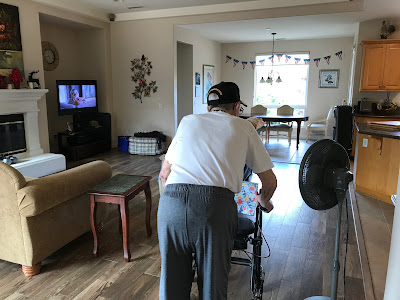 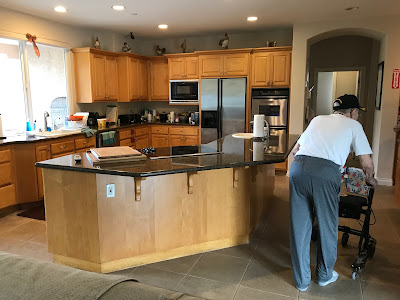 It's a gorgeous place with animals on the property (goats, miniature horses...) a beautiful courtyard, all the residents eat every meal together in the dining room, it's going to be a better quality of life for him and I think he realizes that.

After 3 days his only complaint was that they don't feed him enough! For a 94 year old, he eats non stop! He's the only resident that cleans his plate and asks for seconds! 😋

The last time Deb and I visited him we were only there a short time when he said, "Well you two I guess I'll see you tomorrow." He was ready for us to leave!

Thank you all for your prayers. We know he's gonna be just fine!

And my sister? We went back to her place and she collapsed in her recliner. "I can't believe how free I feel."
Posted by Cindy at 9:48 PM

Dearest Cindy,
I know the deep emotions associated with this decision.
And from my experience, you and your sister made the right decision.
For all of you.
He will flourish in his new home, and you and your sister will now spend time with him in a more relaxed and enjoyable way.
The new home is beautiful!
Animals too!
Relax and rest.
He is where he needs to be. : )

That facility looks absolutely lovely!!! That poll is a fantastic idea too - I need to see if I can get one for my mom's bed with her back problems!!!!
I bet your sister does feel like a whole new world has opened up for her!!!!
Prayers the transition just keeps continuing to be a smooth one!!

Oh my goodness, that has been a very long ordeal for your sister...and the rest of the family! We love our parents and want to do what's best for them, but it doesn't take long to be emotionally and physically worn out. I can plainly see that your family just adores your father, and I promise you, he will be happier around other people his age...it's hard though. Your sister will find that she has some spare time to do things for herself as well, and you will have peace of mind.

My mother was in a senior care center for 8 years, and it was one of the best moves she ever made! We knew she was being cared for, and we visited her regularly, my sister visited her daily. It was the best thing for all of us!

You, your father and family will be in my most sincere prayers. Cindy!

That room looks so wonderful and I love that pole. I'm glad you went and helped. That was a lot of work for your sister. The facilities look very nice. My dad turns 96 in June and still lives alone but this day will be coming for us. He lives in Florida so all doctor's appointments and other issues are all on my sisters shoulders. Thankfully it's not anything you sister has been doing. My dad eats all day too! I will pray for your dad's happiness and for your sisters peace of mind.

What a blessing for you and your sister to see your dad settling in well at his new facility. PTL. I hope God will renew your sister's strength and continue to give her peace.