Beth first started with Special Olympics back in 1994. She was on a swim team and ended up getting bronze at the State games that year. She was only 9. 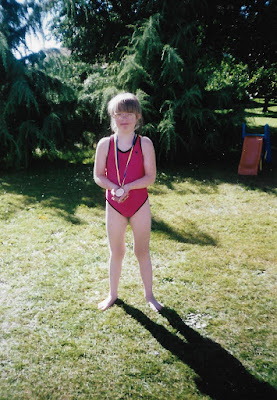 Since then she's been part of Special Olympics off and on over the years. She's done basketball, swimming, track...

These are the medals she's won throughout the years. Three gold, four silver and four bronze. 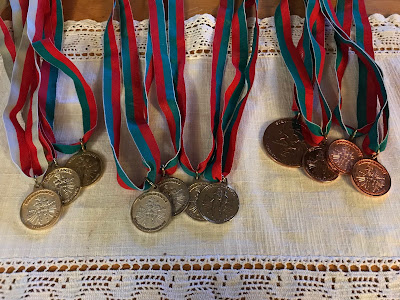 That large medal was the very first one she got. She's holding it in the first picture and you can see it's as big as her hand. They were huge back then but have gotten smaller over the years as more and more athletes participate. But this year, the medal was bigger. Not as big as the first one, but a pretty good size.

Being a part of basketball, we knew she wouldn't be able to keep up with the fast pace of a regular game so she was on an adapted team. They dribbled the ball, shot baskets from various places on the court, it was more like testing their skills rather than playing an actual game. 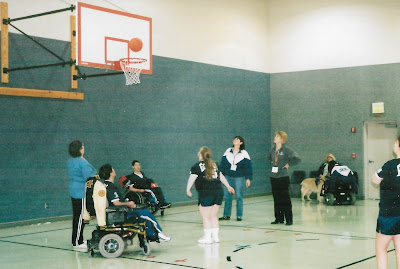 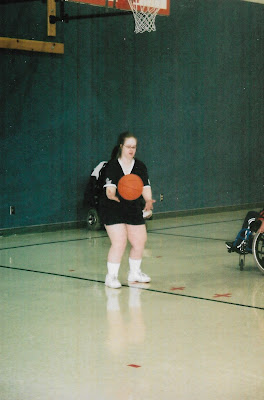 She loved it! One of the tournaments was held in Leavenworth, it's a small Bavarian-type town up in the mountains near here. So we got a hotel and had such a great time seeing the area and watching all the athletes. I think they won gold that time. (At least I think so because her medal looks gold in the picture!) 😁 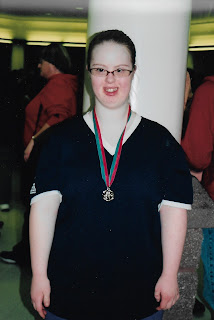 Beth's on the far right 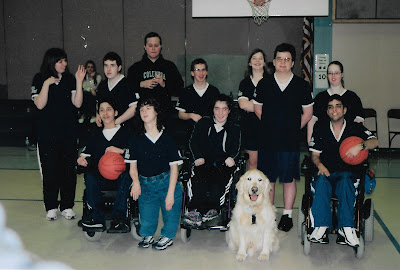 We suggested track to her one year and she did the fast walk, the shot put and I think one other thing but I can't remember now.  She seemed to like it but didn't get a call the following year. Not that you have to be invited but she struggled a little with her weight, would get out of breath easily and just couldn't be very competitive. So we decided to not to push it. 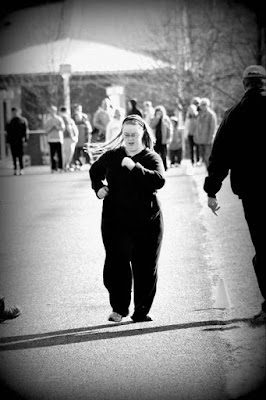 Then came bowling. She absolutely loves to bowl! Please don't say anything to her but she's not very good at it. After more than 10 years of bowling every single week with All Aboard and on Saturdays during Special Olympics, she still only gets a 56 or a 72. Every once in a while she'll text us from the bowling alley, "I got 114 on my first game!" It's a huge deal when she breaks a hundred! But she likes being there with her friends and the sounds and just everything about being at the bowling alley.

This year she was asked to be on a doubles team. There really wasn't anything different as far as qualifying went. Her and E bowled their own games as usual every week, but at the tournament their scores were combined. That was the only difference. 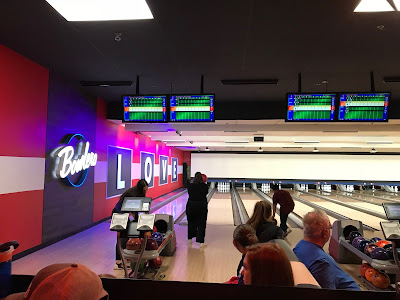 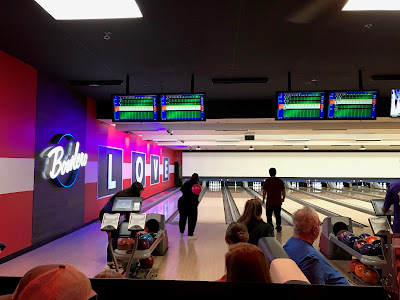 When it was all over, they won silver! They give them their medals right there on the lanes and everyone cheers and claps! It can be kind of emotional! 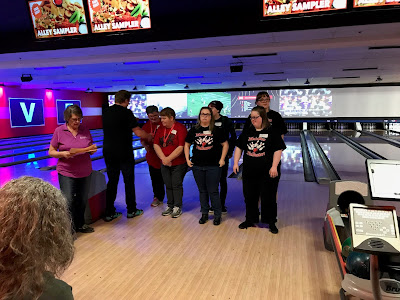 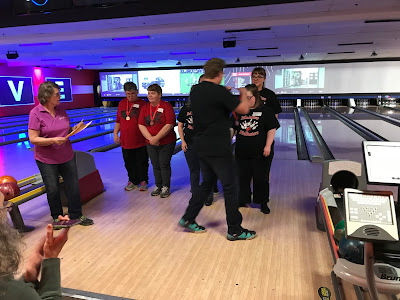 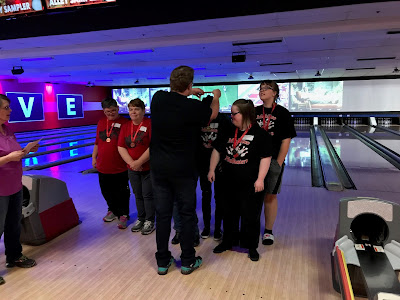 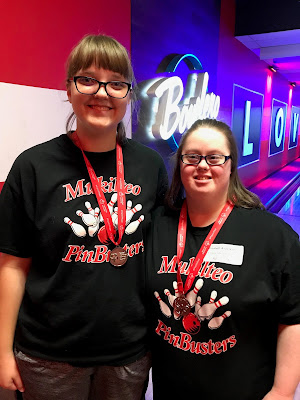 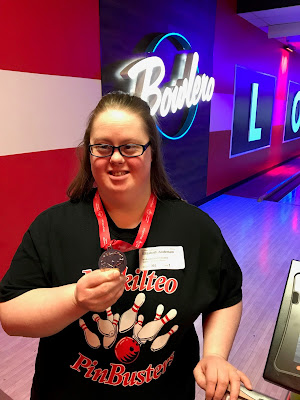 So now make that 5 silver medals!

Email ThisBlogThis!Share to TwitterShare to FacebookShare to Pinterest
Labels: Adult with Down Syndrome, All Aboard, Bowling, Friends, Fun, Medals, Special Olympics

Well good for her!! Sounds like she likes sports and especially the fun of participation and recognition. That's quite a lineup of medals. Happiness is contagious. This post makes me smile.

Hey - dont down the 70 score - that's basically what I get every time I bowl too :) Seriously.
I love they have such a variety of events for someone to find their niche :)

Beth is so cute! I love that she goes out and gives it her best! That's the mark of a true champion!