Oh To Have The Energy of a 6 Year Old Again!

Gosh, I thought I was doing well in keeping up with this blog! But now an entire week has passed! And there hasn't been that much going on. You'd think that would make the time go very slowly but it hasn't. Maybe it's my age. I think the older I get the faster it goes!


Beth had a dentist appointment on Tuesday. Nothing major, just a couple of fillings. She doesn't really listen to me when I try to show her how to do a better job brushing her teeth but the dentist has been encouraging her. So then we go home and together we brush our teeth and together we follow the dentist's suggestions. It seems to be working!

Diana started her second job and really seems to like it. She's realized she's working at the same two jobs today - but on the other side of the country -  that she did when she graduated from high school. She's not super excited about that.

I watched Allie the other night so Sharaya could go out with some friends. I took Allie to the park but there was a huge private party going on so we went to a neighborhood elementary school and played there. I forget how much this girl likes to climb! Oh my goodness! 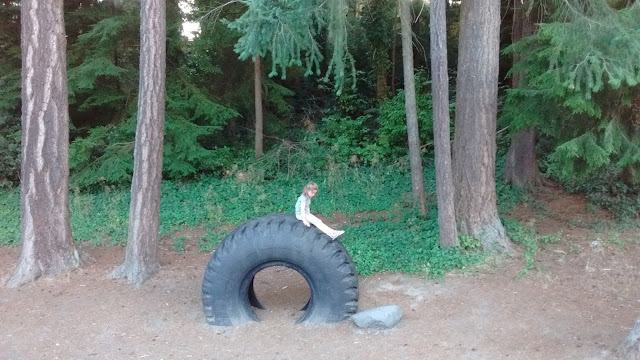 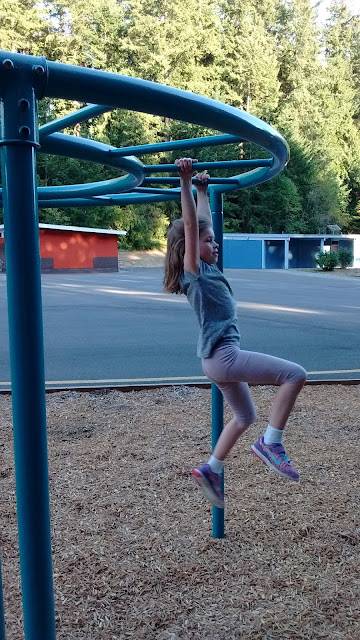 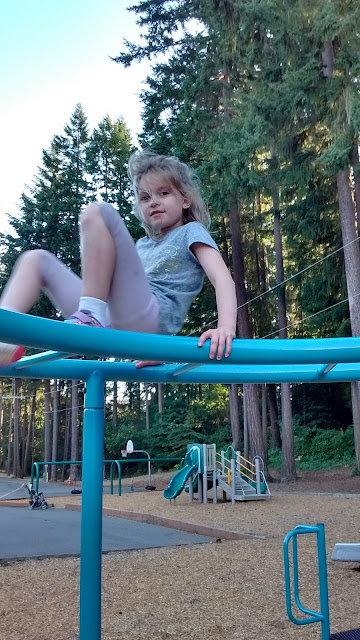 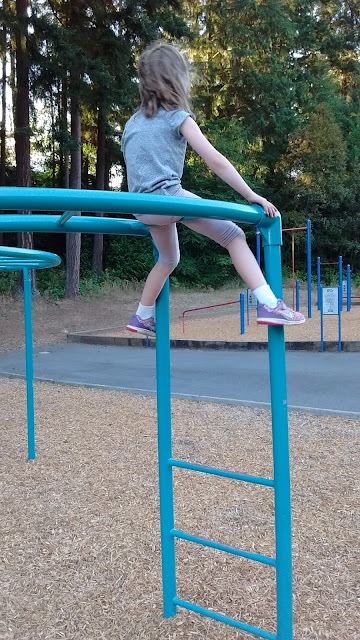 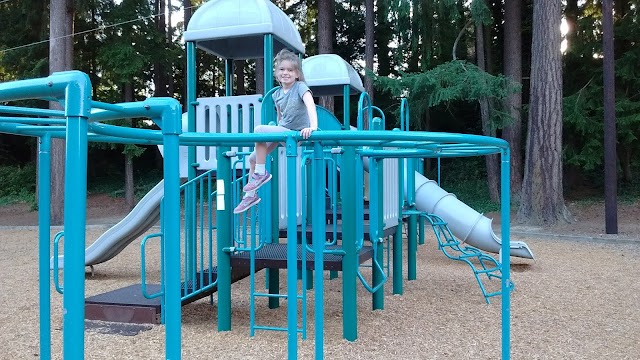 You can definitely tell I raised girls! :)
Posted by Cindy at 8:54 PM

spending a day with a grand is so special...glad ya'll had a good day...

She gets her love of climbing from her Daddy; I used to find him 30 feet up in a pine tree in our backyard....when he was about her age!

Time does go by so quickly--it's hard to keep up with new blog posts all the time sometimes. I'm headed for the dentist's office this week too. I never particularly love seeing the dentist, but with one of my fillings worn out, I'm sort of looking forward to getting it fixed!

Allie does look like she is having great fun--and has great climbing skills. Maybe she's preparing for competing in American Ninja Warrior someday!

Thanks for stopping by my blog Cindy!