In my last post I wrote about Ryan and Sharaya going to Leavenworth for their anniversary.

Half way over the pass, this happened: 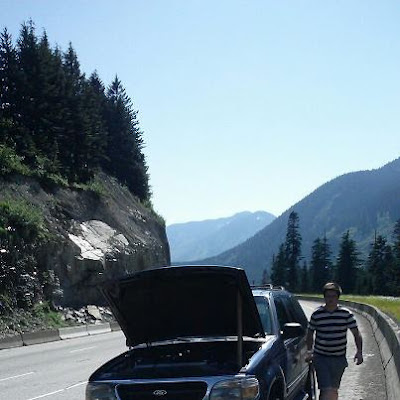 They had to cancel their reservations and use the money to have their car towed home. Definitely not the anniversary they were hoping for!
That night they borrowed our car and went out to dinner. We kept Allie overnight anyway and Diana graciously slept on the livingroom floor with her. 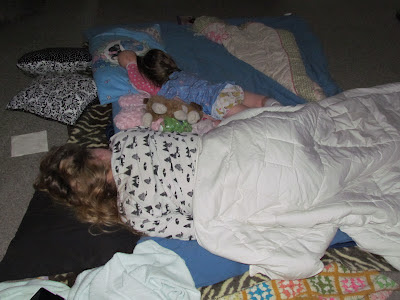 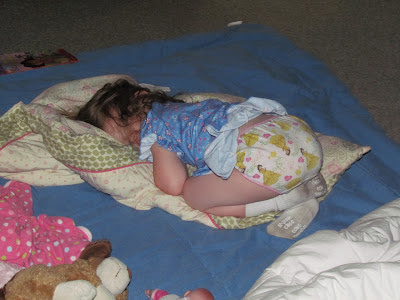 I'd put a blanket on her and she'd toss it off. She eventually just curled up on it. It was fun having her sleep over! She did great being away from mom and dad until about 8:00 the next night. Sharaya had been here but then needed to go get Ryan. After she left, Allie crawled up into Diana's lap and burst into tears, "I want my mommy!!" Broke our hearts!
But we told her that mommy was coming back and that Allie would go home and be sleeping in her own bed! She got down and smiled a little but you could tell she'd had enough of our house and was ready to go home!
Posted by Cindy at 4:50 PM