I Knew it Was Time

I don't think I told you that our dog Buddy, a black lab, was diagnosed with cancer a couple months ago. There was a small bump, like a blister growing in his nose. The vet did a biopsy and it turned out to be cancer. Because of where it was located, they couldn't really do surgery. They would have had to cut into his nasal passage and that would have been just too difficult.

(We rescued Buddy 10 years ago from a local shelter. He was a year old and was so big, they told us that if no one adopted him by that weekend, they were gonna put him down.)

We had the vet take a chest xray and that showed the cancer had spread into his lungs and lymph nodes. They basically told us there was nothing they could do. It was growing so fast, it began to cut off his air supply. He started having a hard time breathing; I would wake up with him in the morning and he'd be trying to catch his breath. Each day got harder and harder.

Early Saturday morning his ears were warm and he was struggling to breathe. I knew in my heart it was time.

We didn't know how Beth would handle being there when Buddy was put to sleep. Maybe it was better to experience it first with an animal, rather than a person. But we decided to let her decide. She chose to stay home, but gave Buddy a hug and began to sob. I gave her a hug and we cried for a while.

Buddy was excited to go for a ride! He always loved car rides! In the back of the van, you could hear his tail thumping against the back seat as he stuck his nose out the window. I told the vet later, "It would help if he would at least act sick!"

Just before 3 PM yesterday, Buddy went to heaven. (I don't know how all this animal stuff works in heaven. I know there will be horses, but for the rest, I'm not sure. For now, we're telling Beth that Buddy is in heaven with my mom and our cat Tigger.)

I pulled out a bunch of pictures last night. Many I had forgotten about!


Each Christmas we put our tree in the corner of the livingroom. For 11 months out of the year, it's where Buddy's bed is. One year Chuck took the tree outside and I went to get the vacuum. When I came back, this is what I saw: 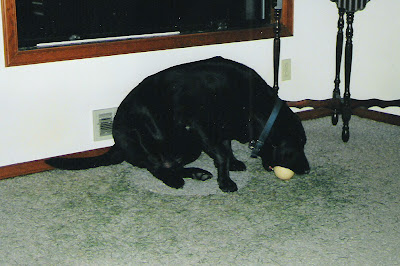 That goofy dog was trying to get settled in the tiny spot left by the Christmas tree stand! He hated it when we moved his bed!
He was a big dog. He was the only dog we had ever had so we didn't really notice how big he was. Until he got around other dogs. and people. Everyone commented on how big he was! We decided to take this picture last week so Allison could one day see Buddy. (You can see the carcinoma in Buddy's nose.) 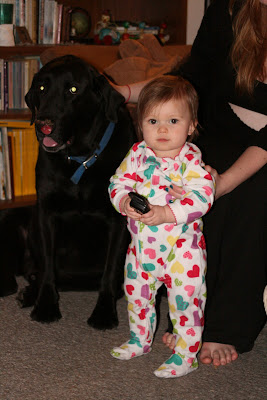 This picture was taken in January 2009. That dog loved the snow. He would jump and run and dive and eat snowballs. He could play in the snow for hours. 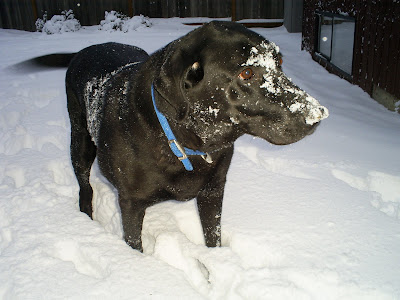 He loved to 'get the paper'. We would ask him, "Buddy, do ya wanna get the paper??" He would practically kill himself trying to get out the door. Off the porch, across the yard, to the driveway. Grab the paper and bring it back to the porch. Then he'd head into the kitchen for a bone.
He loved 'bowling for mellows'. We would get on one side of the kitchen and roll mini marshmellows toward him. He would scramble to eat them before they hit the carpet.
When I would go outside to pull weeds, he would stand in the gravel area and wait for me to throw small rocks or pebbles. He would just stand there, poised, eyebrows raised, so excited about chasing rocks!
We're gonna miss him. He was Our Bud. Our Budster Dog. Buddy Boy. It's just not going to be the same without him.
"I see the cheerio! Does anyone else see the cheerio?!
I see it! There it is!! There's the cheerio!!" 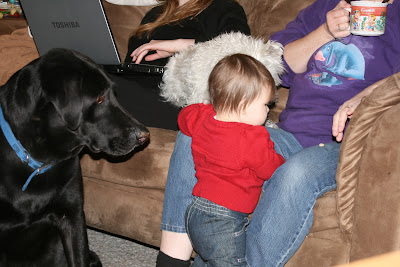 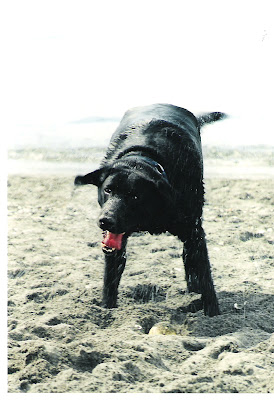 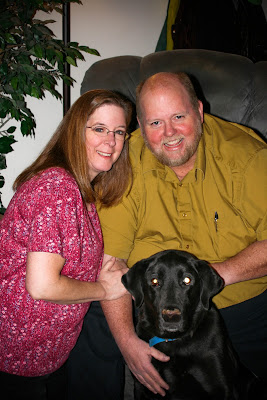 My name is Sarah said...

Oh, I am so sorry about Buddy! This is so sad, but a beautiful tribute to a much-loved dog.

Buddy is such a beautiful doggie! I am so so sorry for your loss - I know he was a wonderful part of your family for the past 10 years!!! Thinking of you!!!

So sorry to hear about Buddy. He was a beautiful dog! I am sure he was so thankful for the ten wonderful years he had with your family. It is so hard to say goodbye to a pet. Thinking of you and your family.