Spur of The Moment

Chuck and I actually went and saw a movie the other day! It's probably been more than 2 years since we've been to the theater.

But we couldn't decide which one to see. Have you done this? Can't decide so you decide to see... both? We've only done that one other time! Chuck, Beth and I went to the moves a few years ago and when it was over we looked at each other, "Should we see another one?!"

I love it when we have a Saturday with no plans and we can just do things spur of the moment! That doesn't happen very often! 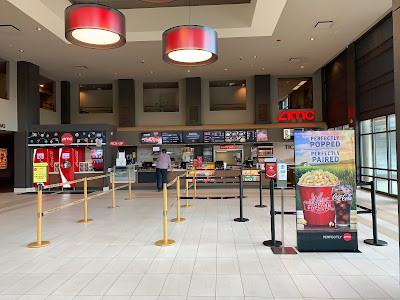 The theater was empty when we got there and by the time the movie started there was maybe 15 of us. Plenty of room for social distancing!

Honestly, I thought the movies were just okay. Neither of them had that "Wow!" factor for me. Chuck really liked them though.

Stillwater ended up being based on a true story about a girl who lives here in Seattle so we immediately recognized the story line. I read later that she never gave them permission to tell her story.

And Jungle Cruise had a lot of action! I'm glad I decided to take some Dramamine before we went. And it had some really funny parts.

But it was SO fun just to be at the theater again. We splurged and got some popcorn, shared an iced tea... it was really nice. I guess next time I should get a picture of the two of us! 😁 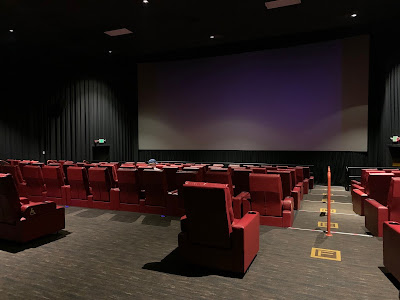 Is Stillwater the one with Matt Damon in it?

We haven't been to the movies since December 2019. Went on Christmas morn that year to see whatever the current Star Wars movie was at the time. Its not that I've been avoiding movies because of the pandemic and the like but just haven't taken the time to go back to it.

Glad you guys had a good time!

How nice that you got to go to the movies! We want to see Jungle Cruise too. We are just waiting for the grands to get their school schedule settled. Our theaters are like that too.

What a treat! We haven't been to a movie in a theatre since the Titanic sunk! LOL. That was the last movie we went to see, and that was quite a while ago! Hubby doesn't enjoy it and I guess there haven't been any movies that we cared enough about to go. But I'd love to go, even if just for the popcorn! LOL. Glad you splurged and saw two! What fun!!

Nice to feel like life is "normal" if for a dark place with popcorn next to you.

It's been years since we went to a movie theater. Glad you could enjoy the spur of the moment fun.

Oh, I love this! Makes me want to go back to the movies now too!

It has been well over a year since I was at the movies. It has never been a favorite thing to do for me or for Joe. WHen you take water pills, you just know you will miss part of the movie. Can't just pause it while you go empty your bladder!! I am glad you had such a good time and both got to see the movie you wanted to see! xo

I love those spur of the moments moments! I haven't been to the movies in over two years! I think it's about time we take in a matinee. I've heard that, Jungle Cruise is fast moving, but I'd still love to see it, Dramamine is a great idea!

Good for you. We use to go almost once a week and haven't been since March 2020. With the Delta Variant out there I'm not sure we will be going anytime soon. I would like to see both of those movies. Actually we are going to watch James for a few days in Sept and they have the Disney channel so I hope to watch Jungle Cruise then. I can't believe that they didn't have permission for that girls story. Have a nice weekend.

We watched Stillwater a couple of weeks ago, and enjoyed it. And the popcorn!! I think we were the only ones in the theater. But it is a multi-screen building so there were a few others watching different movies. Hope that some new movies will come out as we go into fall. Yes, we need a photo of you kids next time.