Getting Skinny In The Neighborhood

Chuck and I went out to the movies for Valentines Day and we saw A Beautiful Day in the Neighborhood. Have you seen it? It wasn't at all what I expected! I knew it was about a reporter doing a story on Mr. Rogers but it was more about the reporter and how Mr. Rogers influences him. It was really good! The way the audience responded to different scenes in movie added to the experience. It was like we were right there in the room with Mr. Rogers and Lloyd. It really was amazing! If you haven't seen it yet I highly recommend it. I came out of the theater wanting to be a better person. 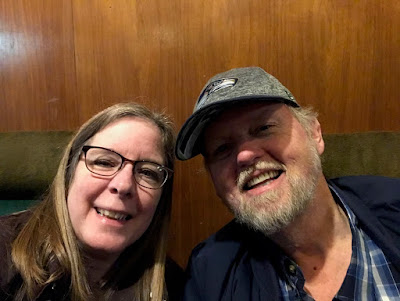 Chuck continues to blow my mind with his determination to lose weight. Each day it seems he eats less and less because he gets full so quickly. The change is so dramatic! 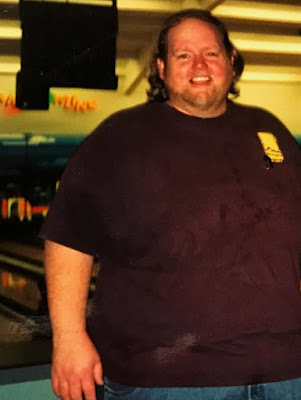 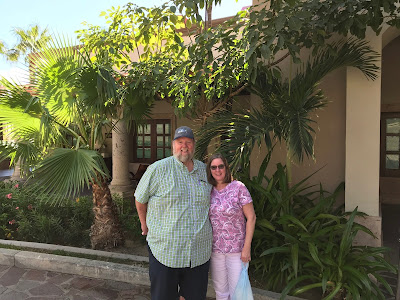 He made the decision in July of last year to have weight loss surgery and just since then he's lost 80 pounds! 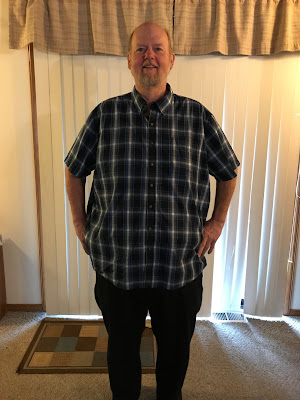 Chuck always has Mondays off but I had today off too. We picked up our mattress and cleaned under the bed; I did laundry; and then we sat on the couch and watched some epic movies! I'd been wanting to see Good Morning Vietnam lately so we watched that, plus there was a Star Wars marathon so we watched a couple of those. It was good to just sit back and get lost in them.

So what did you do today? Did you have to work or did you have President's Day off?
Posted by Cindy at 7:18 PM

Congratulations to Chuck! That is an awesome accomplishment.
I haven't seen A Beautiful Day in the Neighborhood yet, but I want to...because I live in the original neighborhood, Latrobe, PA. Fred Rogers was a contemporary of my dad and another famous son of the town, Arnold Palmer.

Hello Cindy! I haven't seen, A Beautiful Day in the Neighborhood, but I am really wanting to see it, I've only heard wonderful things about it!

Way to go Chuck, you look wonderful, and I bet you feel wonderful! I know how difficult it is to lose weight and have the utmost respect for anyone who can accomplish it, kudos my friend, keep up the good work!

I loved the movie "A Beautiful Day in the Neighborhood" and I agree it was like your were sitting there with them (especially the scene in the restaurant). Awesome movie!

Good job Chuck!!! He's doing so well!
I love when the movie theater crowd gets into the movie too - it really does make a difference!

What a wonderful accomplishment for your hubby! I know you are proud of him, and he should definitely be congratulated on making such great progress!! And it sounds like you all enjoyed your time off together. I haven't seen that movie, but it does sound like a good one to see. I am glad to hear that it would make Mr. Rogers proud! Hope things are going well for you at work this week. Praying for you. Have a blessed week.

A huge congratulations to Chuck on his amazing weight loss. He looks like a totally different person!!

Congrats to Chuck on his accomplishment. Sounds like a good day off, too. We're retired so we did have Monday off. :)

That transformation is so startling. I can't believe how far he's come!

I would love to see that movie. I had physical therapy Presidents Day which is coming along fine.
Your husband's weight loss is amazing. Keep up the good work!

I loved the movie. So glad you saw it. Chuck looks wonderful. He should be so proud of himself. On President's Day we went over to our sons house to celebrate our daughter in laws birthday which was on Valentine's Day.