After It's All Over, Still Breathing

I had a 90 minute meeting with my boss Wednesday morning. I asked him if we could meet; I asked him questions about leadership and how to streamline my department. I feel like I'm constantly 2 steps behind, always dropping the ball but he assured me I was doing a good job and I was the right person for the job.

After our meeting I went down to the water and walked out onto the pier. It was actually a little mild out so I was surprised that there were so few people out there. Usually it's always busy down by the water front. It was so nice. Even now, remembering how calm and quiet everything was makes me smile. 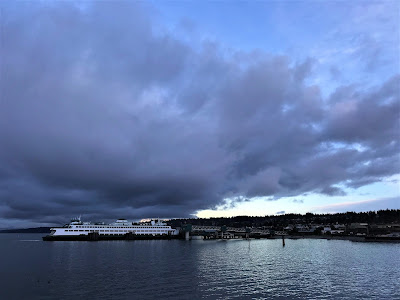 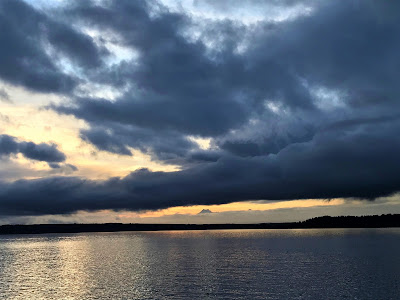 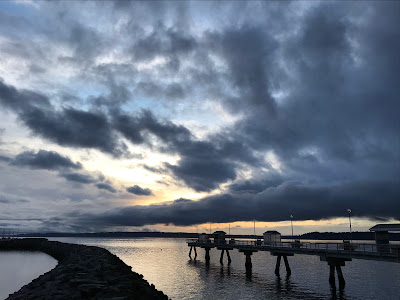 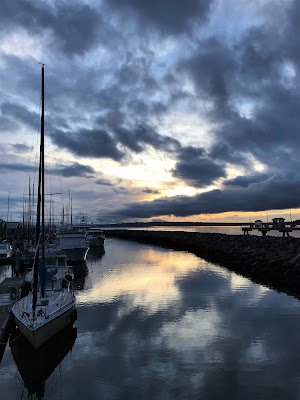 As I was walking back to my car a guy who had been taking pictures told me that his camera wasn't doing it justice. I told him mine wasn't either! The sky was just spectacular!

On Thursday I had to fire someone. This has been brewing for months: disrespect, anger, fabrication... Our Senior Pastor and Executive Pastor made the call to dismiss this person but I agreed with the decision and being this person's supervisor - and the target of their behavior - I was the one who needed to do it. My biggest fear was that they wouldn't give up their work keys. After asking 3 times, they finally handed them to me. I've spent days going over this, rehearsing what I needed to say, and for all the scenarios I played over and over in my head it went better than I expected. But they did leave very angry, threatening to call the police and file a report. I had two witnesses in the room with me and when it was over I shook for about an hour! I literally couldn't sit down, the adrenaline was pumping! I hope and pray they get the help they need and that this is the end of the situation.

Beth has been doing extra work the last couple of weeks: emptying all the trash as well as vacuuming the 8 preschool classrooms, setting up chairs, stocking storage areas... she's really been working hard!


Taking the trash out to the dumpster 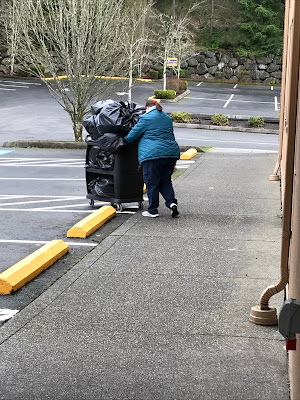 Today when we left work I asked her if she wanted to stop at Starbucks. She got a hot chocolate and a brownie and I got a white chocolate mocha with banana bread. It was a nice way to end a long, stressful week. 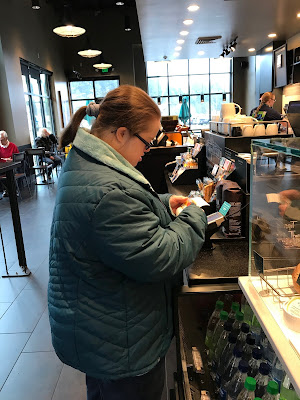 How was your week?
Have you ever had to fire someone?
Have you ever been fired or let go?
(I have. Back in 1996 I was trying to learn the computer and after 3 months I was brought into the office and told "it wasn't a good fit.") 😬

That sky is SO pretty! It is nice that you are close enough to see that gorgeous view. I have never been fired or been in a position to fire anyone but my Husband had about 600 employees when he worked. Needless to say he had to fire people and it isn't pleasant. Enjoy your day dear friend, HUGS!

Wow, you did have a stressful week!! I'm so glad you got to take a walk by the water...your photos are amazing!! I don't think a camera can ever capture what Heavenly Father gives us.

I have never been fired, although I have been laid off. I have never fired anyone. That must have been so difficult for you, I hope it all turns out okay. Sure hope you have a better week-end!

Oh boy...glad you have that behind you. Beth is a good worker! Looks like a nice way to wind down at the pier...

I have never had to fire someone, nor would I want to. My husband has, though, a couple times, and it is never an easy thing to do. I really feel for you!

What a nice way to end a stressful week. Your walk to the pier and your pictures look so serene. I've never had to fire anyone nor have I ever been fired but my husband had to let an employee go, who needed to go a long time coming. It was hard for him to finally do it but once the employee was gone the weight off his shoulders was a huge relief. It's nice Beth likes her job and is good at it!.
Have a happy Sunday!!

Oh my goodness your post brought back some "unpleasant memories" for me when I held a very similar position as you in a large church. Yes, I had to fire our head custodian after he was accused of (and guilty of) drinking alcohol at lunch and coming back to work and being very belligerent with others, including our pre-school. The pre-school teachers were the ones who filed the complaint for obvious reasons. It had been "brewing" for a while, and he was definitely not happy. I was not thrilled with having to do the dirty work of firing him, but it was my job to do so, and I prayed a lot over that. But God brought us the sweetest, hardest working Christian man to take his place, and it was such a blessing. So I pray that God will send you someone to take this person's place who will be such a blessing to you and your church that you will know it is God's way of showing you His favor. May the Lord be with you this week and give you peace of mind in every way. Loved the photos of the skies and water. Glad you have that place to go and be refreshed in spirit. Praying for you now.

Bless your heart. I cant imagine having to fire someone. That would be so hard. Especially when someone is aggressive in hearing what youre saying.
I was only let go once because the place had to lay everyone off - so not technically "fired" - but it was a shock to say the least. Its never easy to know that everything is just 'unknown' in that moment. Hopefully your former employee already has moved on & not giving any thoughts about causing trouble.
Starbucks is ALWAYS a good way to end a stressful week.