You may have seen the meme about all the snow Seattle got last week. Too funny! 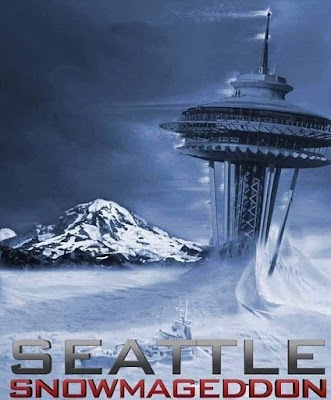 I know for some parts of the country what we got was nuthin' but for Seattle, this was more snow than we'd seen in 23 years.

My flight home from San Diego was canceled on Monday due to the snow and they automatically rescheduled me for a flight early Tuesday morning. I thought it was awesome because I didn't have to do a thing. On Sunday afternoon I got a text that said, "Flight 111 is canceled and now you're on Flight 222." It was great! 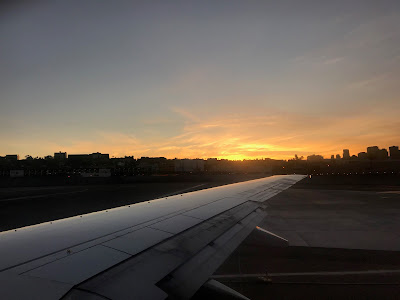 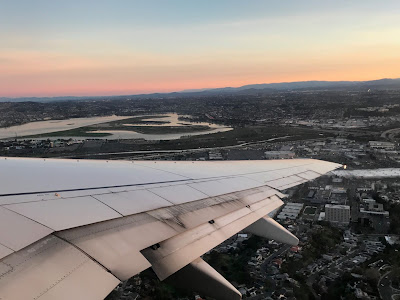 As soon as we broke through the clouds descending into Seattle, everything was covered with snow! 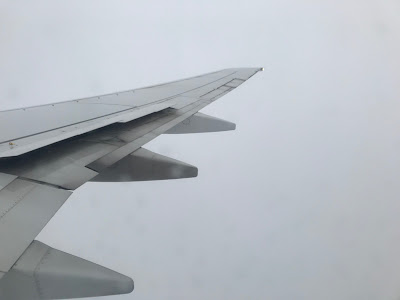 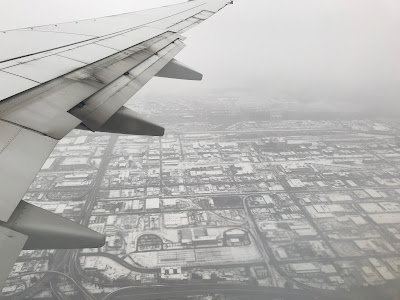 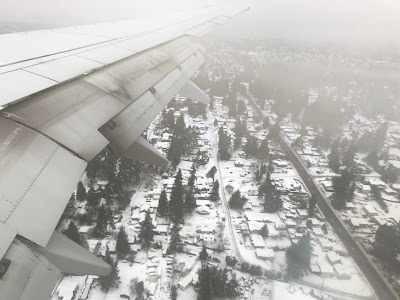 I absolutely love the snow, this was so beautiful!

The roads were clear but even today, there is snow piled up in parking lots, in everyone's yards... Like I said, we don't normally get snow like this. Usually it'll snow for a day or two and we'll get a couple inches, but then it melts right away and there's no issues with traffic or blocking roads or anything.

But not this time!

It snowed a few inches a couple weeks ago and I took these pictures of Allie in our backyard before I went to San Diego. Chuck said while I was gone we got another 6-7 inches. 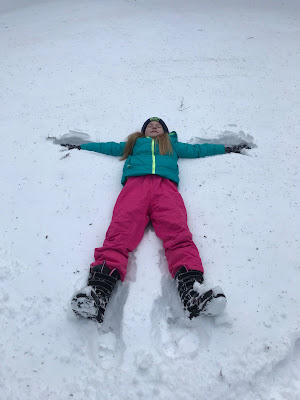 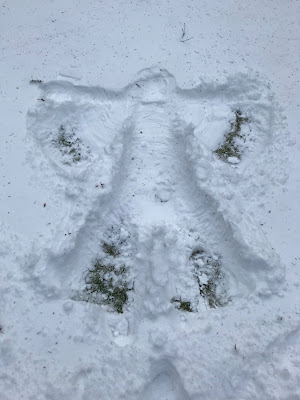 Three days after I got home Beth and I went to the grocery store. She helped me brush the snow off my car and bring in the groceries.

(You can't even see her feet! Remember those snow boots we bought a few months ago? I'm so glad we got them!) 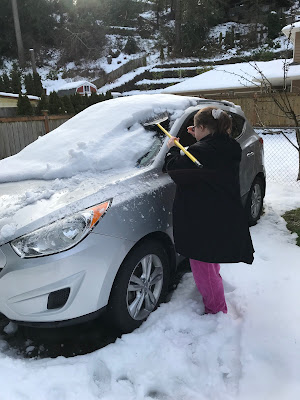 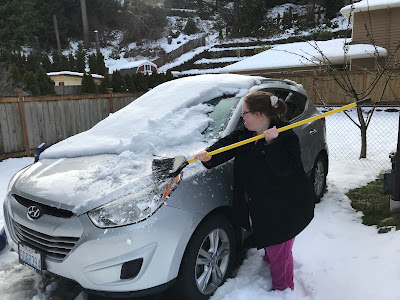 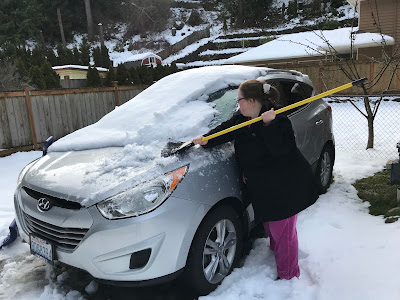 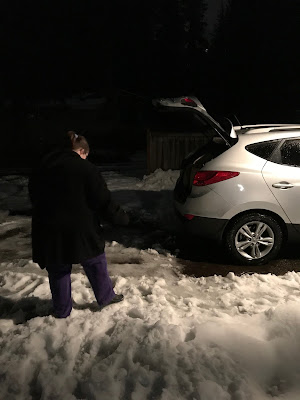 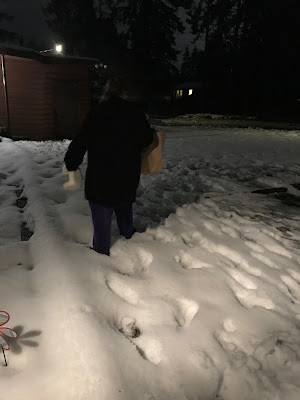 Unfortunately it looks like we're done with snow for this year. We might see some snow fall but no accumulation. Last night I sat out in the backyard with some hot tea and watched the sun go down behind the trees that are on the hill behind our house.

And I smiled because our backyard is still filled with snow! 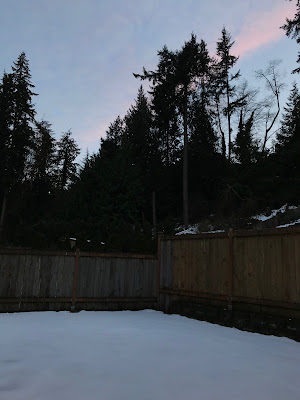 Do you like the snow?
When is the last time you got more snow than usual?
Posted by Cindy at 10:32 AM

I love the snow, I don't like the below zero days we get, and the slick roads, but I do love snow! I loved it more when I was young, skiing and snowmobiling was a big part of my childhood, so yes, I love the snow!

It has sure been a weird winter, snow in Seattle, snow on the coast, so strange! I'm so glad you have been having fun in it, the snow-angel was so cute, and Beth scraping the windows with her new boots on...too cute!! But I'm sure the best gift was the extra day with your family, I really loved that!

Beth is so sweet to help her mama get snow off the car. She is a special girl...
We don't get much snow out here anymore. We used to years ago...then the weather started changing. When I was a senior in high school in 1956, we got 36 inches that winter...school canceled, roads closed...ou family car was in the garage and my dad couldn't get the doors open,sow too deep. Us teens had a blast..we walked everywhere in a group and I will never forget the fun....

Yep!
We love the snow!
And we are getting lots of it!
So happy you had some, and that you are enjoying it.
Have a cozy evening!

We love snow and we were so excited to move where it snowed. We got a lot of snow last night and more is on the way.

UGHHHHH - SNOOWWWW - how I feel about that ;) haha

Side note - I thought of you today - they are starting a coffee shop that will use Down's adults to work there. The owners are two friends that have Downs children & wanted them to have productive jobs - so they're going to try & employee as many as they can. The building has offered them discounted leases, people have donated funds to help get it up & running- its becoming a great community investment. Cant wait for it to open :)

I enjoyed all the photos our kids texted from Bothell and Lynnwood during your snowmagedden! Yippee for those timely boots. Well we don't have to wish for snow anymore now that we live in Northeastern Washington. Hopefully there won't be flooding when all this snow decides it's time to melt. :)