I took Allie to her swim lesson on Saturday and we sat down near where she had her lesson. When the coaches came in, there was a little shuffling around and then Allie went with another coach. I asked one of them what was happening and she told me that one of the students needed some one-on-one time so Allie was joining the other class. Okay, but now she was all the way down at the other end of the pool. I started to get my things so I could go down with her when a young mom with two kids came and sat next to me. I instantly recognized one of her daughters.

I asked her if her daughter had Down Syndrome and she kind of defensively said yes. When I told her that I had a daughter with Down Syndrome, her face lit up! "Really?! How old is she?" I told her she was 31 and she become so serious and very quietly said, "So you survived?"

And she wasn't joking.

For the next hour we talked about marriage, siblings, sensory issues, puberty, stress reducers, therapy... She also has 3 daughters but her daughter with Ds (9) is her middle child. They live about 45 minutes from the pool but had heard about the great swim coaches here and they're willing to make the drive. She recognized Allie and was trying to remember what Sharaya looked like. Her daughter, by the way, did great in the pool!

When I got home I told Sharaya about her and she knew exactly who I was talking about! She thought her daughter had Down Syndrome but hadn't had a chance to talk with her. She's definitely going to look for her next weekend.

Allison did okay. She's very afraid of the water but is getting better. Her lessons aren't really teaching her how to swim as much as allowing her time to get used to the water. I took these pictures at the end, during their free time. 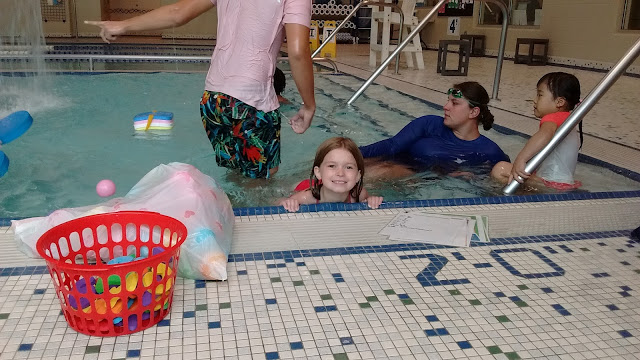 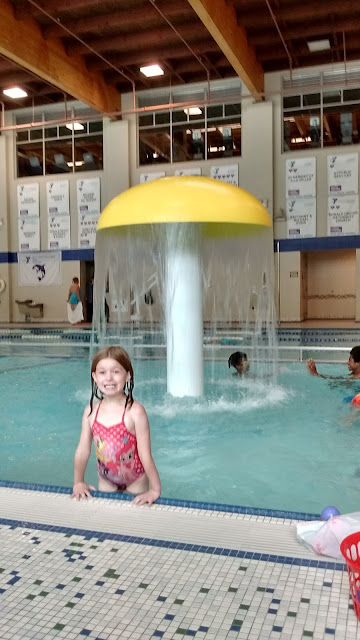 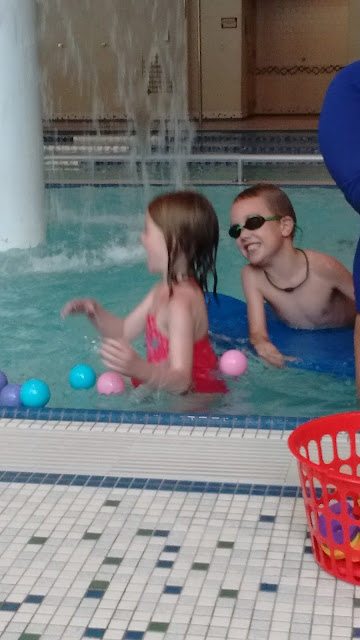 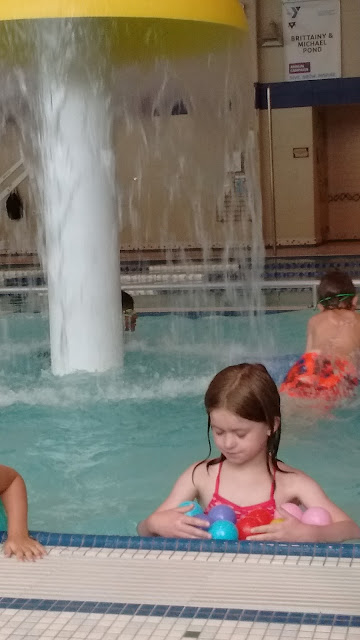 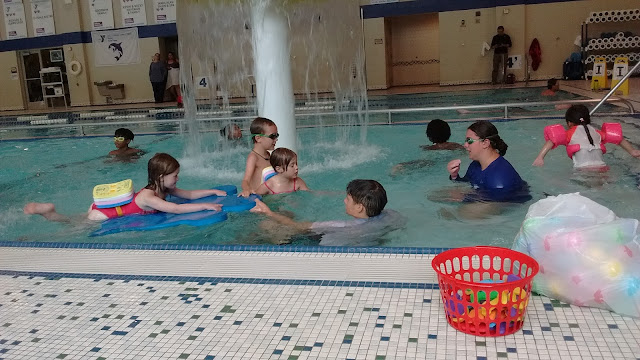 it looks like they all were having such fun...and all so cute. :)