Beth and I Were Both So Ready

Over a year ago now, Beth somehow broke the charging port in her phone. All 3 of us had the same phone so we'd switch batteries with her. Then we decided Chuck would get a new phone and Beth could have his old one. But two weeks later she broke that one! So for many months now, (too many!) her and I have been switching the batteries in our phones. Usually once in the evening and then in the morning before we head out for the day.

Course there were times that I'd forget and as I'm headed out the door to work, Beth would desperately call out, "My phone is dead!" Oh yea! Back inside to switch batteries. I ended up taking a charger to work cause so often I'd leave the house with no power!

We'd unlock them, take the back off, switch batteries, put the back on, lock them in place and then turn our phones back on.

For about a year. 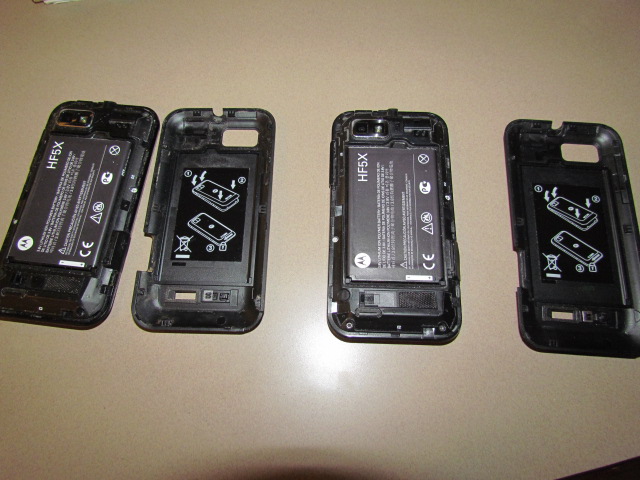 But ya know, it's life. You deal with things. Then a couple weeks ago I dropped my phone. I was at a friends house and dropped it on the sidewalk. Of course. 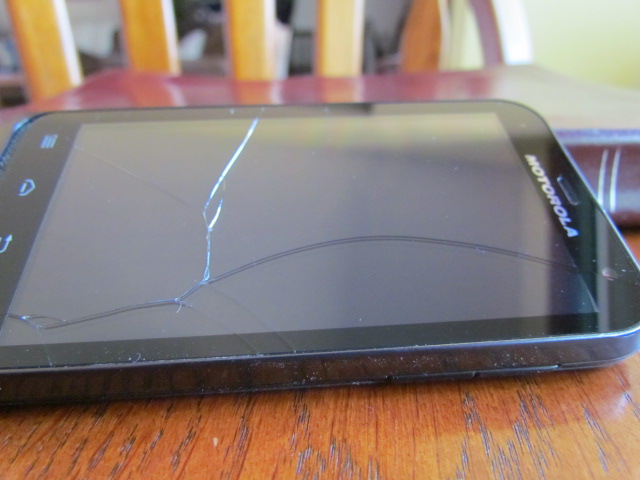 Now some of the letters on the keypad don't work as well and the 'go back' button doesn't work. So we decided it was time for Beth and I to get new phones. YES!!! We are SO excited! Still Androids but with more memory, longer battery life, a better camera AND I finally get to get the Instagram app!! I have an account on my laptop, but haven't been able to post anything cause you have to have the app in order to post. (My old phone didn't have enough space.)

Well, our phones arrived today!! While Chuck and I were out walking I got a text from Beth, "The package arrive already right now Mothera!" Hers is the white phone with the pink shell. They're charging tonight and tomorrow we get to use them! We are both SO excited! 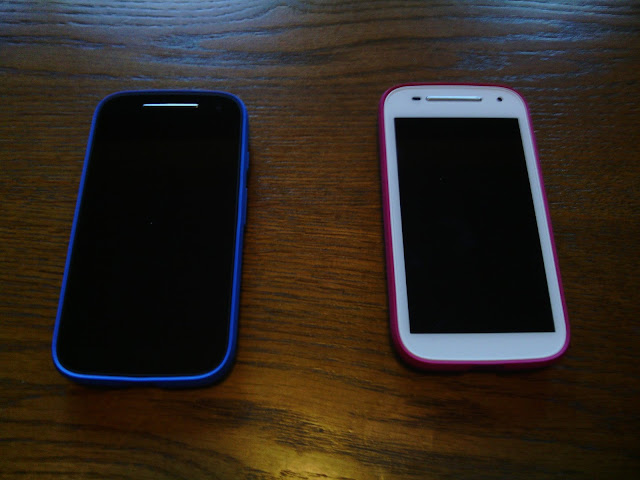