Another Date and More Marriage Talk

A few weeks ago Nick's mom emailed me to ask if Beth could hang out with their family. They were taking the ferry over to Kingston and wanted Beth to go with them. I didn't have to ask her twice. :) They walked on to the ferry, rode it the half hour to Kingston, walked off and had something to eat. Parking your car and walking on is a lot less expensive and is a fun day trip on the water. When they got back, Loren and I talked for a while about what it would be like if the two of them got married.

She told me that Nick has some interesting quirks and she was a little concerned about how Beth would deal with them. I've actually thought the same thing about Beth! How would Nick handle the way Beth brushes her teeth? (She actually spits everywhere, the sink, faucet, shower doors, the walls. I try to get her to wipe everything down as soon as she's done, but she rarely does it. Is that going to gross him out? And her toenails, I trim them now but will he be willing to do it?

She asked me if Beth ever talks and said she was SO quiet all day! Yep, that's Beth. I told her that once she gets to know you she loosens up. But then she said that Nick talks enough for the both of them!

She said that Beth seems to be a better fit than his last girlfriend. And Nick mentioned that "even if she wants to get back together, no way, because Beth is the one he loves."

Some days I just think that they'll work it out the way all married couples do, but then I remember that people with Ds have deep routines that can really affect them if it's changed. I'm trying to let Beth know now, what kind of changes there might be, like Nick might not like the TV shows she likes. Not that they're bad, he just might have different tastes.

When I'm in the bathroom putting her hair in a ponytail, I'll ask her what she'll do if her and Nick get married. Will she ask him to brush her hair or will she just do something different with it. "Different."

Loren and I talked about their housing situation. Where would they live? HOW would they live? Neither of them can pay bills, use an oven. I know Beth wouldn't know what to do if a pipe burst or the toilet overflowed or the electricity went out. There's so much to discuss and even though we know that no one ever has life all figured out, there just seems to be so much more involved here than with a typical couple.

Should we just let them go for it and deal with things as they come or should we take the time to really plan for any possible scenario? It's so hard to know what to do. 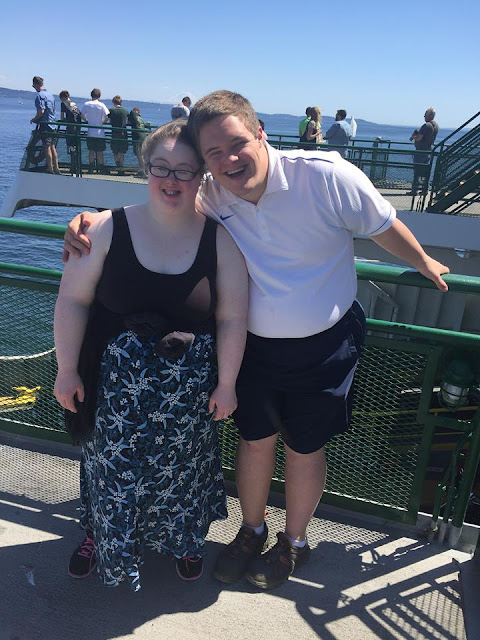 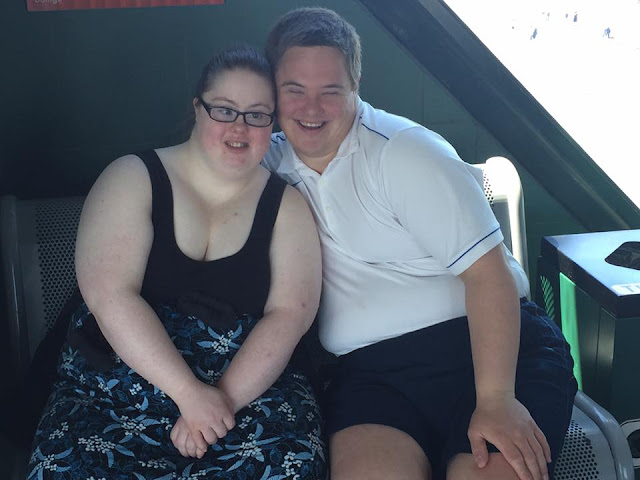 Well, this is exciting!
They are so perfect together. : )
Prayers and love as you maneuver this new territory.
Can't wait to see how her story unfolds.
Have a cozy day!

Have had a few toilet overflows this month.

The paper has been turned into mache.

I use a big stick to poke away from the cistern.

A good blog to read about being married is OUT ONE EAR. It is about Nick and Lindsey.

And I am looking forward to the different ways you'll wear your hair. Some of them speak louder than words!

David Hingsburger is a disability educator and he has a great evaluation package to identify what skills people need to move out on their own. You might want to google for it.

This made me so happy. How exciting. Praying.