A few months ago I received an email from Mutual of Omaha. You know, the insurance people? They had read my blog. Wait, what??

Mutual of Omaha has an Aha Moment campaign, where they tour the U.S. and record people telling of an aha moment. They read my blog and wondered if I'd want to record a session while they were here in Seattle? Uh, no! Well, maybe. You know, let me think about it. :)

After a few days, I decided I would do it. Terrified, Chuck and I made the drive into downtown Seattle and we found the Aha Moment Tour area. I should have taken a picture, but I didn't. They have a streamliner set up as a recording studio of sorts, with lights and cameras and monitors. This wasn't it, but it looks like this one. 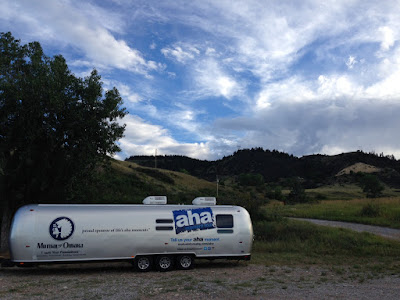 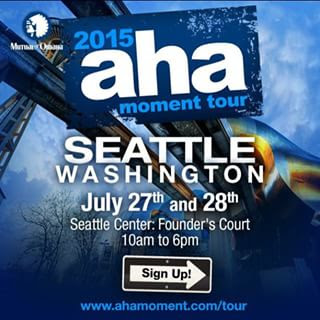 I signed in and waited nervously for my turn. (Even as I'm typing this I'm starting to shake! I've never done anything like this in my life!) They had a monitor outside so anyone walking by could stop and watch you. The girl inside wore a denim jacket and colorful scarf and was joyful and animated. You could tell she was comfortable in front of the camera.

My turn. I walked inside and was ushered to the back of the trailer. I sat on this tiny stool with no back and was handed a Clapper. 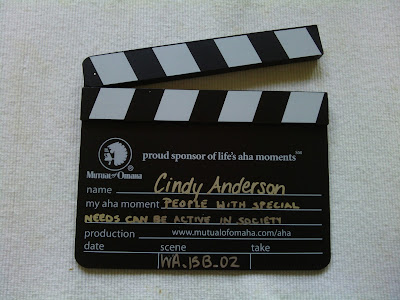 She asked me to say, "My name is Cindy and this is my Aha Moment." How hard can that be? So I said it and she asked me to say it again. And again. I guess I never did it well because it doesn't appear in the final cut! :)

So I'm sitting there with 4 very bright lights in my face and she steps behind them and stands right next to the camera. (I think her cheek was touching it) and she tells me to look at her but NOT at the camera. Both her and the camera are in the dark shadows of the trailer and I know I looked at the camera once or twice!

Now for days I had practiced what I was going to say. What I wanted to tell 'the audience', what I wanted people to know about Special Connections and people with special needs. Then I learned that they would be asking me questions. So I tossed out my paper and decided to go with the flow! Bad idea. I was more nervous than I thought. We stopped once because Seattle Center personnel were emptying the trash right outside the trailer. We stopped again for a plane flying overhead. Finally, I was done. The more I thought about everything, the worse it got! So, I decided to just let it go and not think about it again until I saw it.

Chuck and I left Seattle Center (where the Space Needle is located) and headed down to the waterfront. We went to Red Robin for lunch and had a gorgeous view from our table. 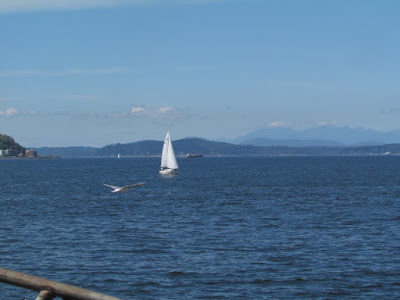 We also watched this bad boy pull up and begin to unload supplies from the dock. 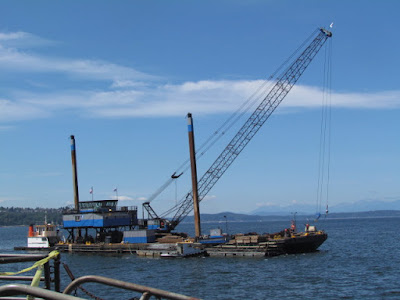 Then we drove around enjoying the sites of this beautiful city. We ended up at a small park south of downtown, right at the end of the runway to Boeing Field. You know me and my love of planes! Chuck sat in the car reading his nook while I walked around the park and took pictures. It was such a beautiful day! 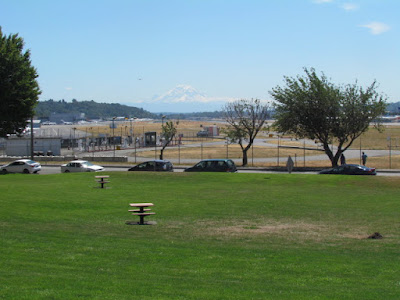 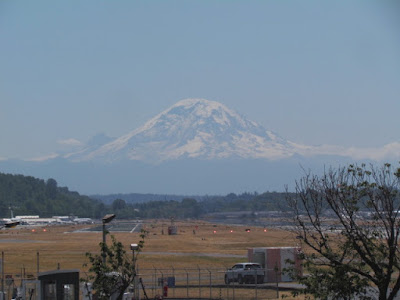 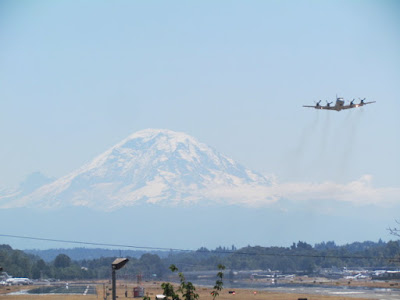 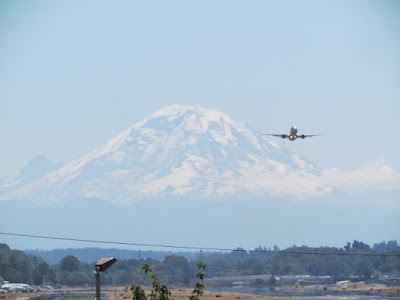 Cindy that was wonderful! You didn't seem nervous at all. Tears. Thanks for sharing.

I loved it! You did great...seriously. AWESOME.

Cindy! You did an amazing job! So well spoken...Such a fantastic message. Really, really, nicely done :)

Oh my, that was perfect... absolutely perfect. You were articulate and your thoughts were right on. Thank you for sharing this with us.