Another thing that happened about 25 years ago...


Sharaya had just turned one.

If we had a boy we'd name him Charles William III.
If she was a girl, we'd name her Sarah Dawn.
Then we heard the Unguarded album by Amy Grant.
(Yes, it was an actual record album, 33rpm!)
On it she sings a song to a friend named Sharayah.
(Pronounced Shuh-ray-uh.)
We fell in love with that name!
We dropped the h and named her Sharaya Dawn! 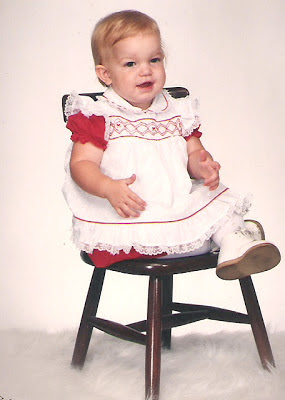 Lovely and a great story :)

Ah, I was wondering how you pronounced that name! Such a cute picture too :)