As the World Turns... Ever So Slowly

Wow. I can't believe it's been a whole week since I last wrote. Let's see, what have we been up to?

The first of the week was pretty basic. Beth did a few chores around the house. She went bowling on Tuesday. Had a score of 96, not too bad. She was bowling in the 110 range there for a while but recently she'd dropped about 10 points. Not sure what happened.

I had some much needed quiet time on Tuesday night. Spent some time with the Lord, praying and reading. I crave those moments sometimes.

Diana got called into Campell Nelson this week. (They're a car dealership that sells Nissan and VW.) She actually quit there when she went to Ireland and London a few months ago but out of the blue they called her this week, "Can you come in and work for a few days?" So she'll have a nice paycheck next week! She's already talking about taking the train to Canada for a few days! That girl has a hard time staying home.

I went out last night with a few friends from work and we played Bunco. It was at a friend house; we had dinner, then played for a couple hours! They even gave out gifts to the winners, losers and everyone in between! We play about once a year but we should do it more often. It was so much fun! Most of us are not night owls and by 10:00 were laughing til we cried! I finally got in after 11:00. Completely forgetting that I was babysitting Allison at 8 this morning! I was SO tired and at 1:00 today I hit that wall. Ever been there?!?

Allie rode her bike in the driveway for a while. 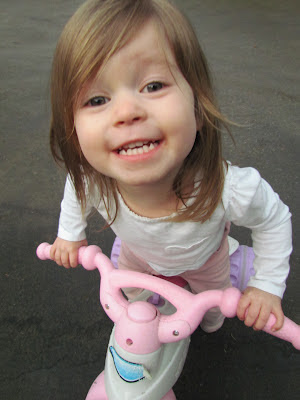 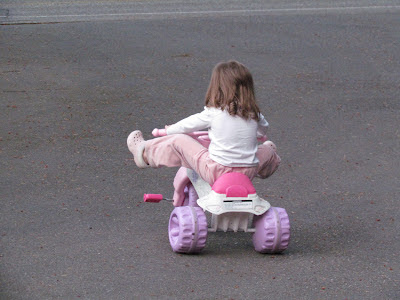 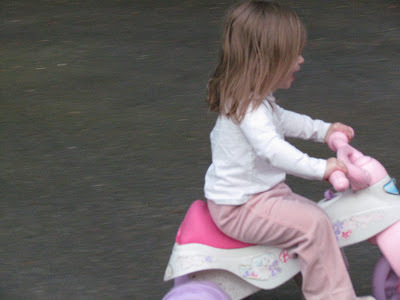 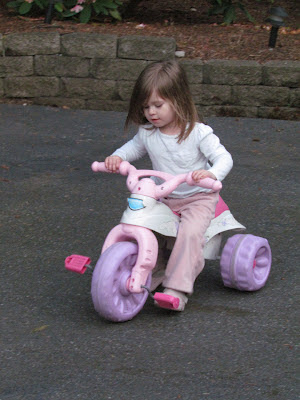 Beth changed her bed today. She brought her sheets and comforter upstairs and put them in the wash. I handed her a clean set and she said she needed help putting them back on her bed. I told her to at least start putting them on and I'd be down in a minute to check on her. When I got down there she was almost finished! I asked her if she still needed help and she said no! Awesome! I knew she could do it, I think she was just bein' lazy.
Tonight I took pictures for Ryan's family. His brother is in town and his mom wanted a family photo. Since Sharaya was in the pictures they needed someone else to take them. We went down to the beach by the ferry dock. I used Sharaya's camera and now she'll take them home, edit them and make 'em all purdy. It was a beautiful evening so afterward Diana and I walked along the pier. (Diana came with me to help make Allie smile!) 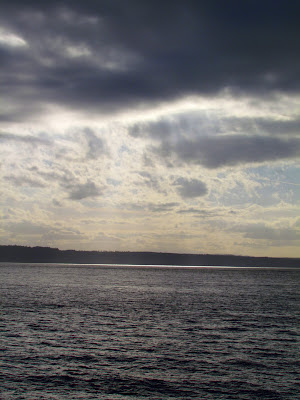 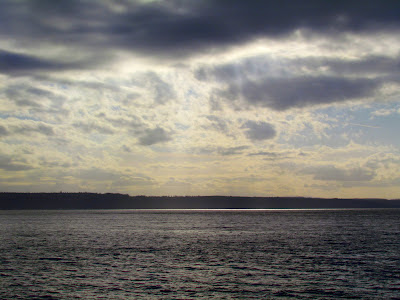 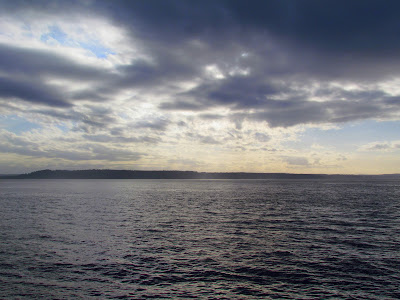 And that's about it for this week. I'm going in now to take a shower and get ready for our Sunday school class tomorrow. I hope you all have a great week!
Posted by Cindy at 8:49 PM

Happy Sunday, Cindy!! Beautiful pics, and Allie is just too cute! So cool that Beth did her bed herself - I often find Sammi surprising me with some of the things she can do that I didn't realize she could. Making her bed is not really one of them. LOL *Stripping* her bed, well, that's another story. :-)

Allie is such a beautiful little girl...She just looks like she is a ray of sunshine :)

Your recent post titles have made me laugh! Glad all is going well. I've always like the phrase, no news is good news:)