We got a notice in the mail saying Beth's jury duty has been extended until April. We have one month to get a letter from her doctor confirming her diagnosis of Down Syndrome. Well we got the letter and yesterday Beth and I took it to the court house. 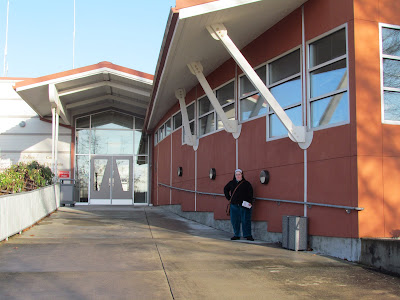 Unfortunately, we went to the local court house and she's been summoned to the Superior Court in a city about a half hour from our house. So we'll be mailing the letter.
After the court house we stopped at the library. We had to update her card but it only took a few seconds. She found a movie she wanted and I found one called The Big Comfy Couch. I don't know how many of you watched that show but our girls used to watch it when they were little! We loved that show! It was Loonette and her doll Molly. Anyway I got it to watch it with Allie. 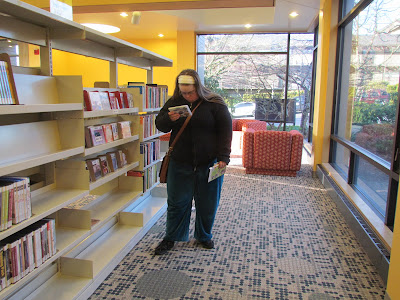 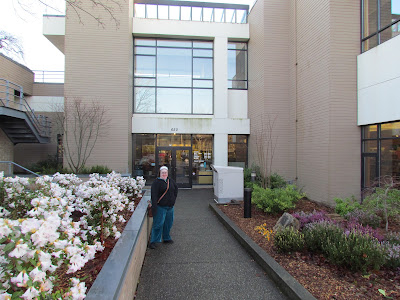 After that we stopped by Fred Meyer and she bought a movie. That girl loves her DVDs. Then it was home for dinner.
We hope you all had a great day too!
Posted by Cindy at 2:50 PM

Ahhh, the Big Comfy Couch! HA! My two oldest watched it ALL the time...When it got to the clock thing she does on the floor, they would jump down and do it too! lol

Flowers! I love those flowers! Sounds like a good day to me!