Beth used to call my mom Mama. My dad was Papa. Even though they divorced when I was a teenager, they got along well and would often be at our house at the same time. Mama and Papa. Papa is 85 and still going strong. Mama would have been 75 today.

My mom lived a hard life. Her earliest memory was when she was about five. Her family was spending a few days at their cabin. A small fire drew their attention - just for a moment - away from the lake. My mom remembers pulling on her moms sleeve, asking if she could play with the dolly floating in the lake. That 'dolly' turned out to be her 3 year old sister.

My mom believes the death of her little sister snapped something in her mom. She was later diagnosed as a paranoid schizophrenic. My mom endured years of severe physical and emotional abuse. She married my dad at 16, just to get away from home. She got pregnant on her wedding night. That first child, my oldest sister lived. The next two pregnancies resulted in miscarriages. Then our middle sister was born. Healthy and strong. My mom went on to have 5 more pregnancies, all of them miscarriages. By the time she was 26 her doctor told her no more. She wouldn't survive. Neither would the baby.

Then I came along. My mom and I always had a strong bond. My sisters were older and had married and moved out by the time I was 11. Then the divorce. For almost 10 years it was just me and my mom.

Chuck and I got married, then we had Beth. My mom instantly bonded with her. She knew that Beth too, was going to have a difficult life. Nothing like hers of course, but still, more challenges than any one else in our family had known. My mom found a soul mate.

Mama and Beth did everything together. Shopping, out to eat, board games, singing. Mama adored Beth and Beth adored Mama. We lived in the same apartment complex for a couple years, just as Beth was learning to crawl and walk. She would toddle over to Mama's and bang on the screen door, "Mama!!" Those were some of the happiest years of my moms life.

When we decided to move to Washington State (from San Diego) Mama struggled for a couple years, then moved up to be near Beth. It was hard leaving her other grandkids, but the bond between her and Beth was just too strong. When we thought we were moving out of the country, Mama moved back to San Diego. (The Lord closed that door and we ended up not going.)

Mama became ill and lived her last few years in a home. We would visit her as often as we could, although Beth was nervous around the oxygen tubes and wheelchair that became Mama's constant companions. Her difficult life ended on what else, Friday the 13th. She died in May of 2005. Beth still talks about things they did together. When she watches the movie Pinnochio, she always tells us that her and Mama saw it together. Whenever we go into our local mall, Beth will remind us that "Mama used to work here." Her bond with Mama was very strong. Her love for Mama, even stronger. 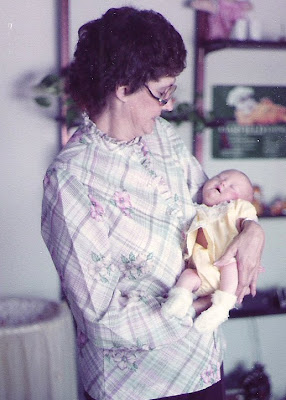 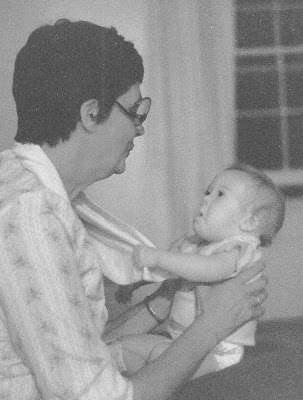 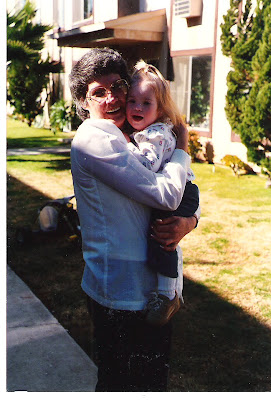 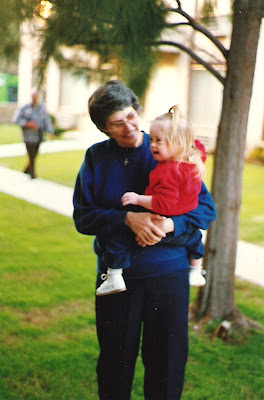 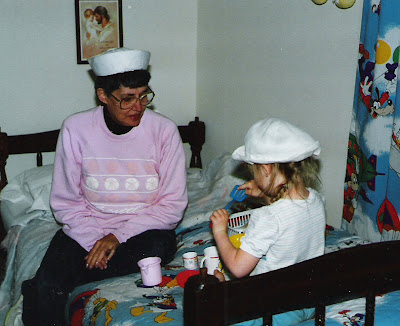 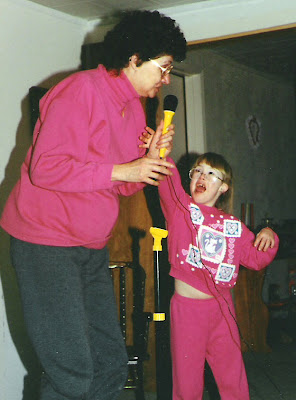 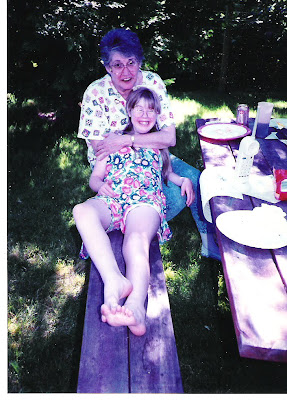 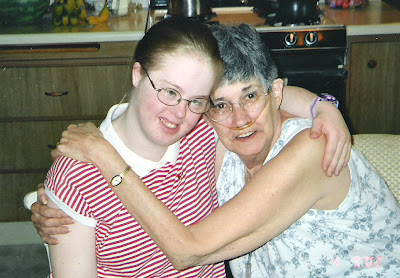 Wow. What a beautiful, touching tribute, and such an amazing bond between the two of them. Thanks for sharing that.

Your Mom endured so much in her life I can't imagine the pain she went through. It is so amazing to read about the special bond Beth had with her and how much Beth remembers about her.