When people visit Seattle they go to the Space Needle, the Aquarium, Pikes Market, they might even ride The Great Wheel.

But just like every city, the locals know the best spots!
So we introduced my sister and great-niece to...
The Fremont Troll!
He lives under a bridge just north of downtown. 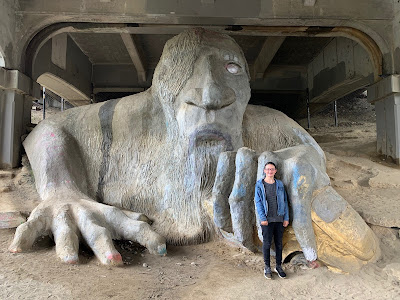 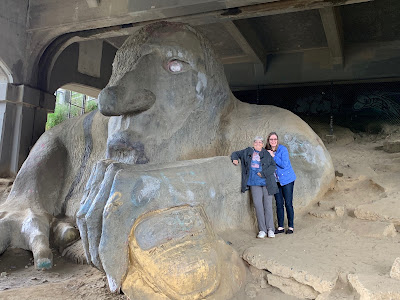 And yes, he's clutching a real volkswagen bug in his left hand. 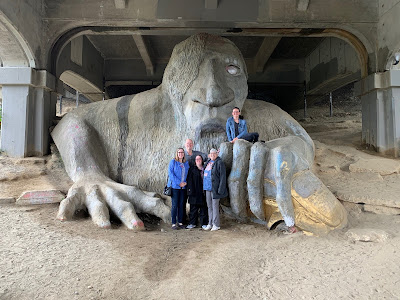 Next we were off to the Gum Wall! Rachel said she heard of one in another city but she's never seen one. It's exactly what it sounds like, where people come from all over to put some gum on the infamous wall. I don't know how often, but occasionally the city will close it down and clean it off, then it begins again! 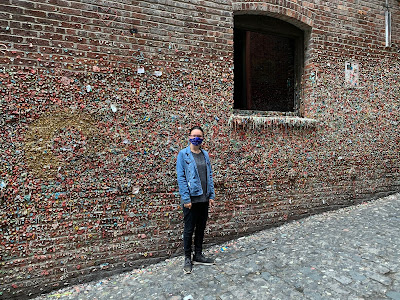 And yes, she came prepared! There were fireworks at our next door neighbors on July 4th; we took a ride on the ferry across Puget Sound; drove up to Snoqualmie Falls; took Nala to Dog Beach... and also spent a lot of time at home, playing games and talking by the fire. 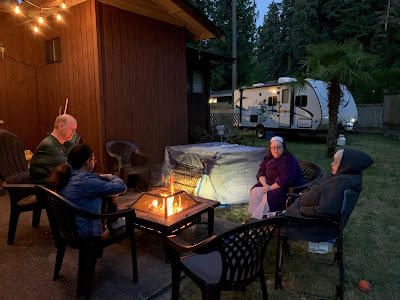 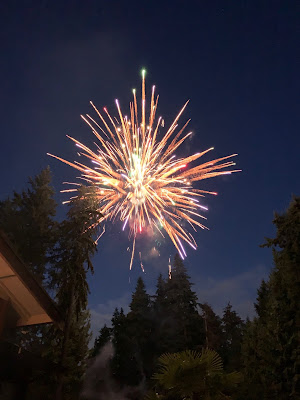 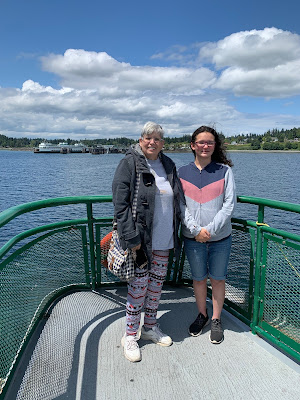 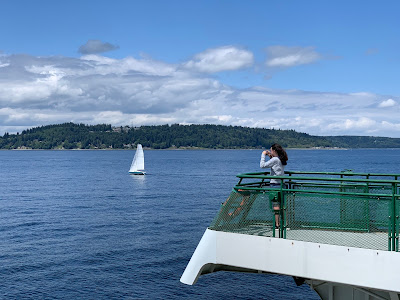 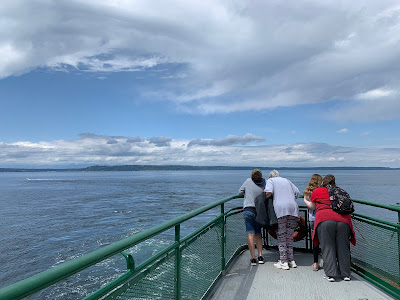 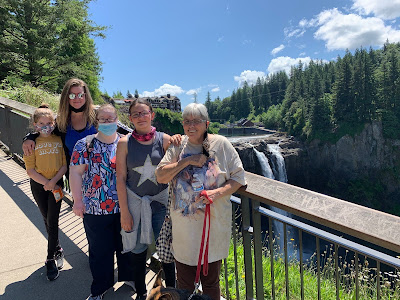 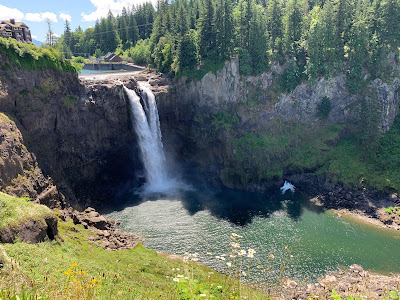 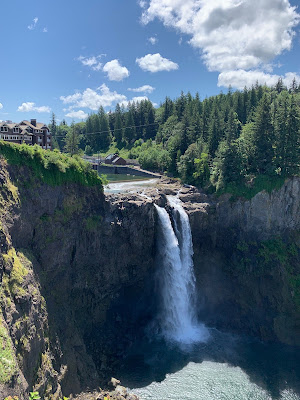 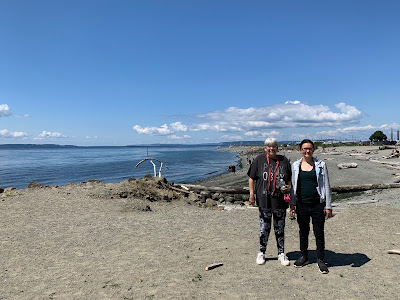 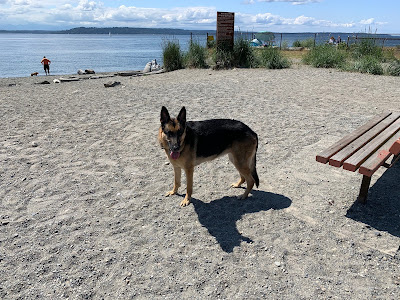 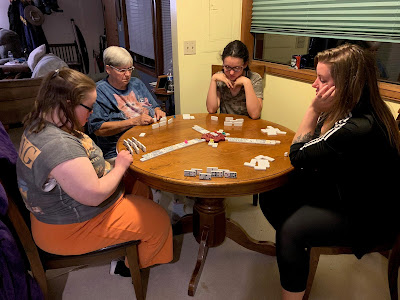 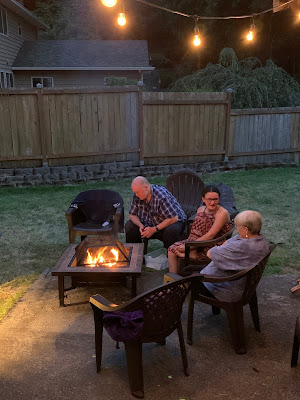 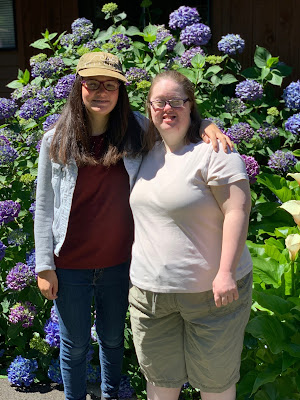 We had such a great time. It was hard to say goodbye!

Have you ever been to Seattle?
Have you ever seen a Gum Wall?
What do people visit when they come to your city?
Posted by Cindy at 9:22 PM

Fun spots for your visitors. Yes, we've been to the gum wall and have taken our out of town visitors to see the troll (avoiding all the drug needles). A ferry ride is a must for sure. We also like Kerry Park for photos. The University of Washington Suzzallo Library reading room is amazing! Your company got the royal treatment for sure!

Wow, that troll is something else! Really fascinating that it is holding a real Beetle VW! That gum wall grosses me out. I can't imagine anyone touching that...yikes. Just the thought...well, never mind. It is interesting to say the least! I really liked your firepit scenes and playing dominoes together...now that's more my speed. And the lovely waterfall and other outdoor scenery...really beautiful! Thank you for sharing your wonderful "vacation" time spent with your loved ones with us. It was a lot of fun! (except for the gum wall. LOL)

I have not been to Seattle, have not seen a gum wall, and people who visit Lakeland love our museum, our lakes, and our beautiful parks and gardens. Your photos are lovely! Thanks for visiting my post today!!

Love the waterfall. Looks like it was a great visit. I am saving this post so if and when I get to Seattle I want to see that troll and the gum wall.