Chuck, Beth and I went to a wedding the other day and Beth studied that bride! 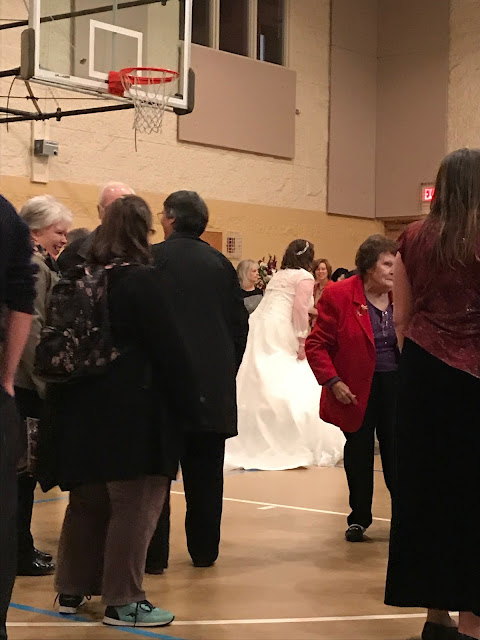 (She's wearing the brown pants)
Chuck and I got some cake and sat down with friends while she followed J and S around the room. When she threw the bouquet, Beth actually squealed! Then she came over to us and began to talk about what she wanted her wedding dress to look like! 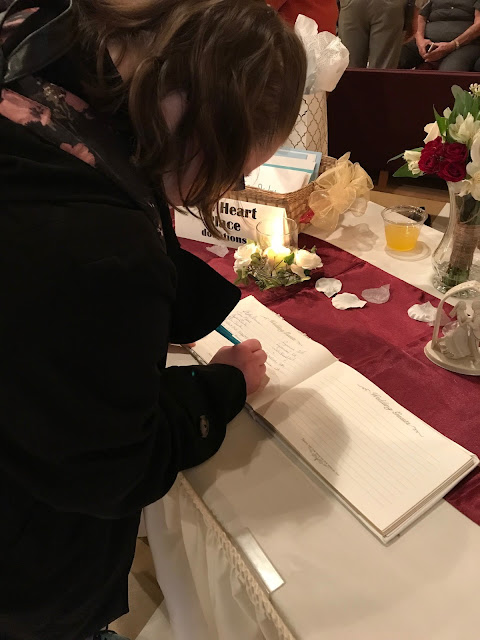 We had no idea Beth was going to this wedding with the idea of planning her own! 😮

Diana will be here on Friday!! A friend of hers is getting married next weekend so she'll be here for a week and we are so excited!!

Allie came over for a while today while Sharaya cleaned Allies room. It gives her a chance to get rid of things without Allie being there to protest. 😏
We painted and played board games and ate cookies and looked at her baby pictures and watched TV... we always have so much fun when she's here! 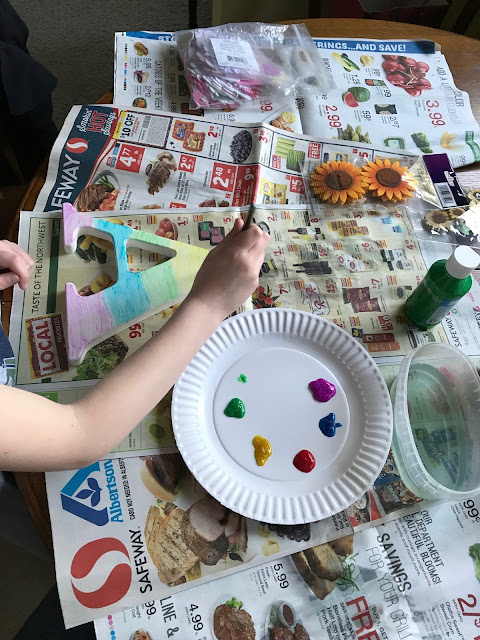 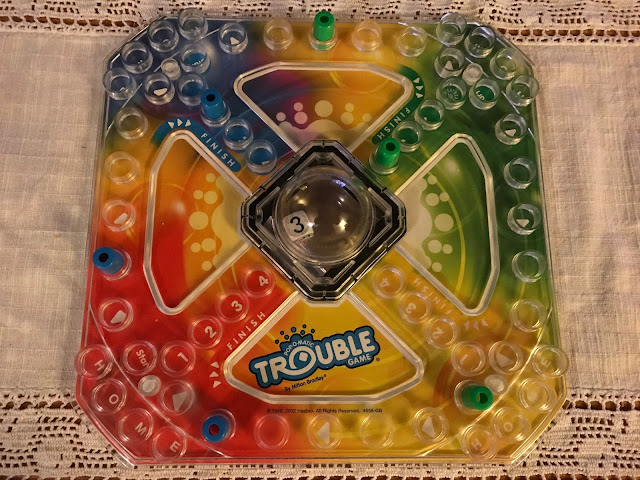 I'm in the process of painting our small bathroom. A friend of mine painted her bathroom a soft violet and had pictures of her daughter's cheer leading team on the walls. It was a University of Washington Husky's bathroom and it was gorgeous! She did such a great job on it and I thought, "I can do this!"

I was born and raised in San Diego, Chuck's family moved there when he was very young and that's where we met, got married, started our family... and so it would be safe to say the San Diego Chargers were his first love. Even after we moved to Seattle, he'd cheer for the Chargers. So I decided to paint the bathroom the color of the lightening bolt. Then I'd add dark blue towels and accessories. It was gonna be great! But the color of the bolt actually looked orange. And I don't mean, "Does that have a hint of orange?" I mean, it was really orange. I always thought it was a mustard/gold color but nope. Orange.

And then the Chargers moved to L.A.
Sigh. 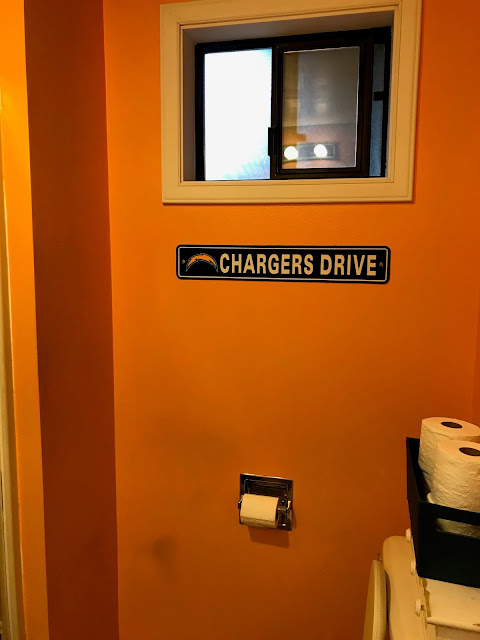 So I'm painting it white again.

How are things going at your house?
Posted by Cindy at 10:17 PM

The hubs wont let me paint because apparently i dont care about edges ;) haha But our bathroom needs it DESPERATELY!!!!

Heck, I go to weddings & want to plan another one myself & get a new dress :) Its always so fun.

Oh boy, you might need a couple of coats to make it white. That's sweet that Beth was planning ahead. Sounds like fun times ahead with Diana visiting. Blessings!

I can remember when I was young, thinking about a wedding...I think it's so cute that she wants to plan her wedding...it's every girls dream!

I'm pretty conservative when it comes to paint color. Although I did paint a bathroom yellow. I'm pretty sure you will need more than one coat to cover up the orange ;0) but you know what they say...go bold or go home!!

Frankly I don't ever remember thinking about weddings, but it is sweet that your Beth was so excited about this wedding and paying such close attention. Have fun with your company and your paint story reminds me of some paint episodes of my own. The problem with dark colors is how many additional coats it takes to forgive them! Have a good evening.

Oh, what a sweet post! I just loved your daughter's reaction to the bride {{smiles}}

Have a wonderful weekend! Hugs

I think that it is so cute that Beth put so much time into thinking about her wedding. Your bathroom looks great! Love the color. Have a great weekend.

I've thought so much about Beth and wondered if she would go thru with the marriage. I just wish her all the happiness she can possibly find.