Thanksgiving Day was awesome. We served about 1000 people, a little less than usual, but that's okay. The day was so much fun.

Ryan, Sharaya and Allison came to our house for Thanksgiving dinner last night. We don't have an actual dining room, more like a breakfast nook so we rarely eat dinner at the dining room table. Except on holidays. We bring in extra chairs and squeeze in around the table. I love it. I'm looking forward to the day we can have an entire room just for our dining room table. :)

Anyway, as we're finishing dinner, Allie says she has to go to the bathroom. As I get up to take her, Beth leans over and says her stomach hurts. You could see the pain on her face. Chuck got her to the bathroom then I went in to check on her. She was hot and sweating. I got a cool towel and laid it on her back. She told me it 'felt so good' so I put it on the back of her neck and her forehead. I was surprised she was so hot and actually sweating. I gave her the trash can thinking she might throw up but she never did.

After a little while she said she wanted to come out to the living room and lay down on the couch. I went downstairs and got her pillow and blanket. After a few minutes I asked her how she was doing and she said she was cold. I got her a second blanket. I have no idea why this came on so fast. One minute she was eating happily and the next, she was doubled over in pain. And so warm! I can't get over how fast she went from normal to hot and sweating.

She had color in her cheeks and I kept telling her to breathe through her nose, to make sure she was getting good oxygen. She just laid on the couch snuggled up with the blanket. After a few minutes she sort of laughed at the TV. (We put on iCarly for her.) Then she laughed more. And more. About an hour later, she got up, said she felt better and went downstairs.

I have no idea what caused it. Maybe it was an allergic reaction to something she ate? We were trying to list everything she had but there was really nothing that she hadn't had before. 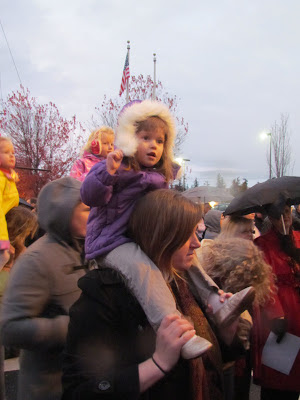 A choir from North Sound Church.
There were some people from our church singing as well. 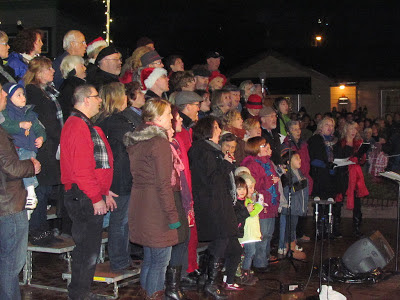 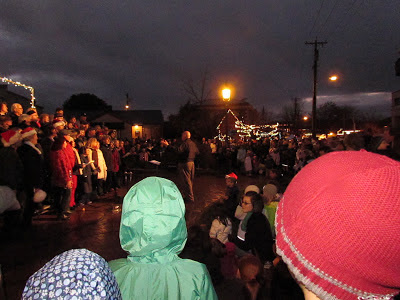 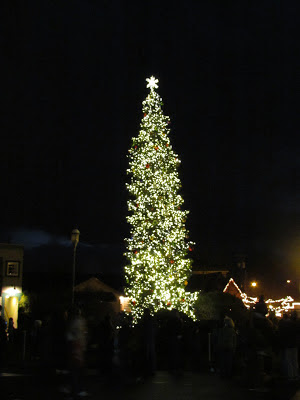 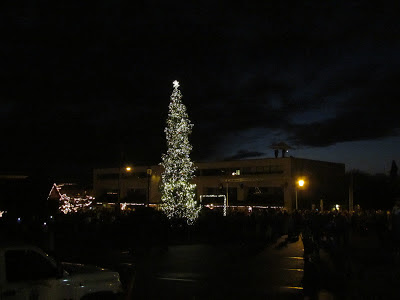 Some of the shops gave out free hot chocolate.
There was popcorn and Christmas music.
We do love this little town.
Posted by Cindy at 7:24 PM

1000 people sounds a LOT!
I hope Beth is feeling OK today, and that maybe you get to have a rest?

That's awesome serving that many people! You all rock! So sorry to hear Beth was sick...that is scary and not fun at all! Love the pix...looks like a wonderful finish to the holiday... Smiles

Sounds like a great day, except for Beth getting ill.