Diana's birthday is on December 27. She hates having her birthday so close to Christmas. The hard part is we actually chose that date. Beth and Sharaya were both c sections so any other births had to be c sections as well.

The doctor gave us the choice of anywhere between December 18 and January 3. Chuck's mom birthday is on the 27th and she was turning 60 that year. We thought it would be a great tribute to her to have her youngest grandchild born on her birthday.

I will say it hasn't been easy. The living room is still often filled with Christmas wrapping and gifts when we pull out the birthday paper and balloons. She often feels we buy her Christmas presents, then set one aside for her birthday. I can honestly say we've never done that, but I can see where she might feel that would happen.

This year she turned 21. We went to lunch at the Rainforest Cafe and she looked at me, "Well mom you no longer have any children. We're all adults now." Gulp!

Her and I spent her birthday day shopping. She bought some new clothes and we went to lunch. That night the family went to Red Robin for dinner. She told us she didn't want us to tell them it was her birthday so we didn't. I kinda regret that.

The following night Sharaya and Ryan took her to Cinnabar, a movie theater that serves dinner and drinks. Her birthday lasted about 4 days!

Oh my gosh I had forgotten that her and I also went to see Rodgers and Hammersteins Cinderella! It was playing at the 5th Ave Theater in downtown Seattle. I grew up with that movie and our girls know the music too. I'll admit, it was hard not to sing along! 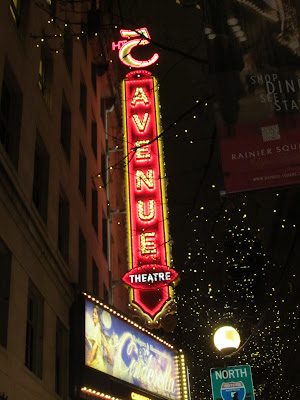 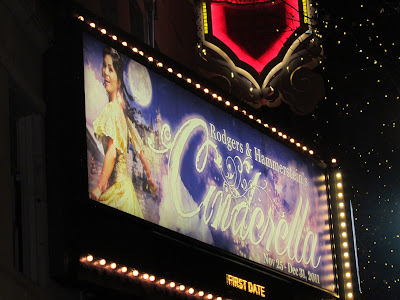 Our view of the stage 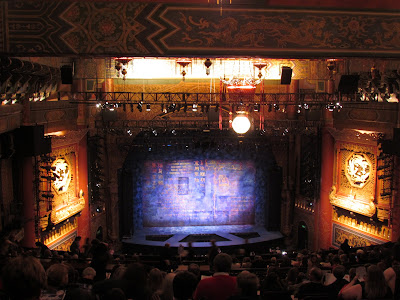 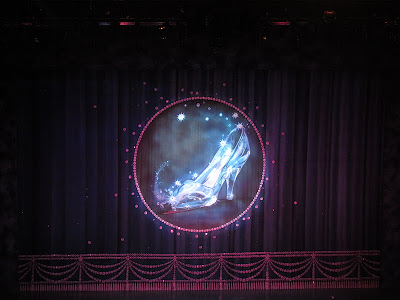 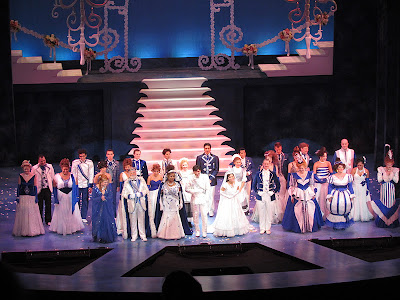 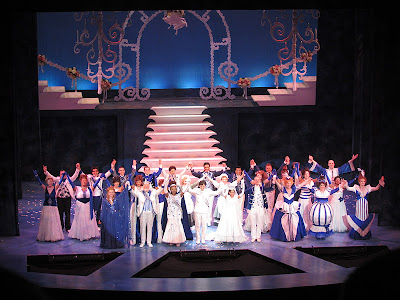 At the Rainforest Cafe 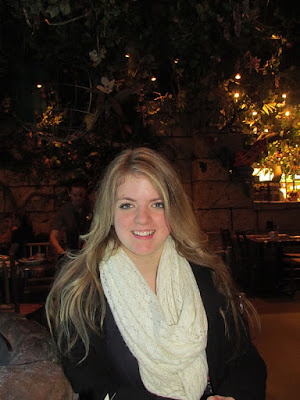 Having fun at Red Robin 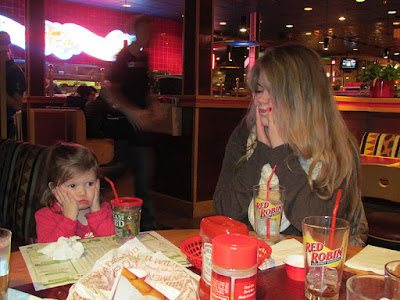 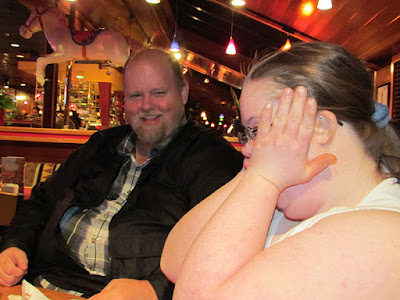 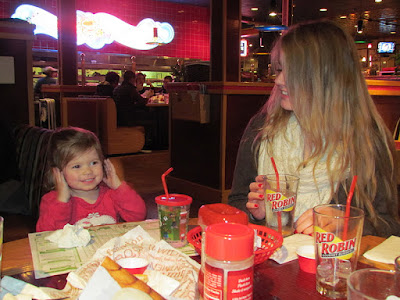 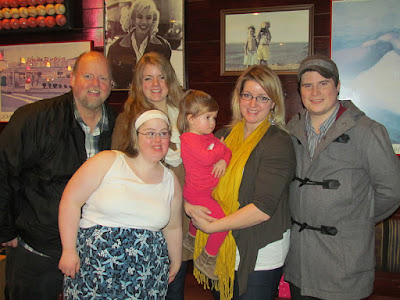 And now we are just a few short hours away from 2012. I don't know about you but time is just going way too fast for me! We hope and pray that your 2012 is filled with glorious moments of laughter, family and friends.
Happy New Year!!
Posted by Cindy at 8:52 PM

My youngest brother's birthday is on the 26th and he hates it too.
Sandy