Sharaya came over yesterday and we just hung out. We were supposed to get a lot of snow but only got about a half inch at our house. Other places got close to a foot but we are in what they called a snow shadow. The Olympic Mountain range blocked a lot of the snow and it fell to the North and the South but not here. We're very bummed.

But Sharaya hung out, then Ryan came later. After work, he had band practice and youth group. Sharaya and I had fun with Allison. I have a picture of Sharaya at about one year old standing on the bathroom counter... why don't I just show you? 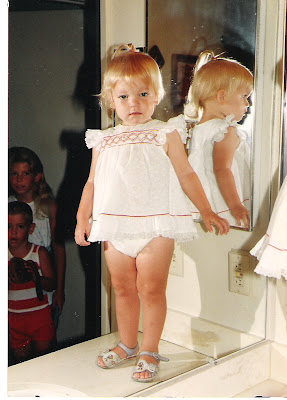 Anyway, we decided to get some pictures like this with Allison. We didn't get any that were identical, but it sure was fun watching her play with that other kid in the mirror! 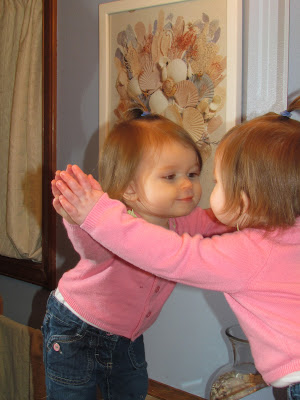 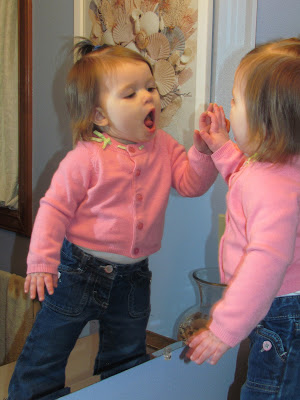 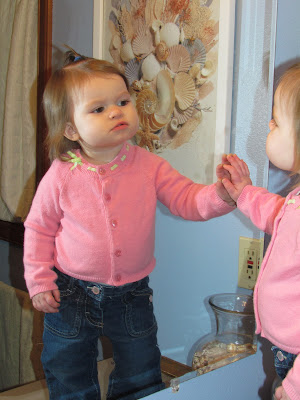 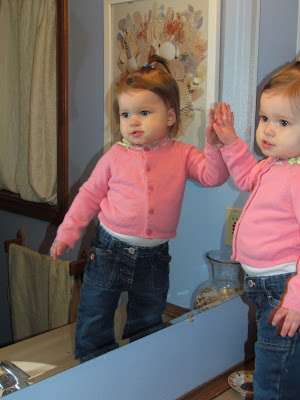 Then after dinner we had smore's. Got some candles and some forks, set up the coffee table and  munched on chocolaty, marshmellowy goodness! A great way to end the day! 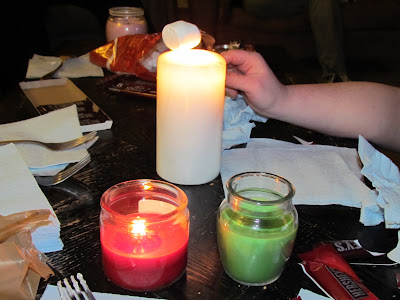 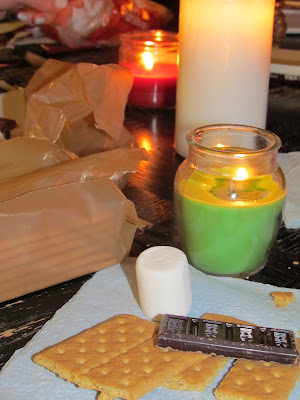 Cute pictures! And smores over candles??? LOOOOVE it!!