I Love It When a Plan Comes Together!

In my last post I said the rabbits were hoping and to be honest I don't know if they were. I DO know they were hopping. 😊

We've spent the last two weeks planning for this surprise! I posted recently that Sharaya graduated with a degree in Education, but because the school was in Arizona she decided not to walk with her class.

We secretly went on-line and bought her cap and gown, plus the sash, tassel, the whole thing! Then we checked with Diana to see if she had time to fly out here and she was able to get tickets for Father's Day weekend.

It was so hard keeping it a secret because Sharaya and Diana are so close, they text constantly. And we didn't want to tell Beth because she's not that great at keeping secrets like this. I couldn't write flight information or anything on my wall calendar in case Sharaya came over. We watched Allie last Wednesday night and she loves to hang out in the den so I had to move the cap and gown into our closet... I was so afraid we were going to spill the beans!

The night Diana's flying in, I decide to tell Beth. THEN, Sharaya asks if she can take Beth shopping so she could buy something for Chuck for Father's Day. Yikes! I ran downstairs and told Beth she couldn't say ANYTHING about Diana coming! Chuck suggested I tell her things she could talk about (great idea!) and as soon as Sharaya dropped her back off at home she texted me, "I didn't say anything Mothera!"

Course, we left for the airport before they got back so I texted them both to say we were... uh... going to watch the sunset. Which we did, we stopped so I could get a picture for our alibi. 😊 I posted them about the time we arrived at the airport 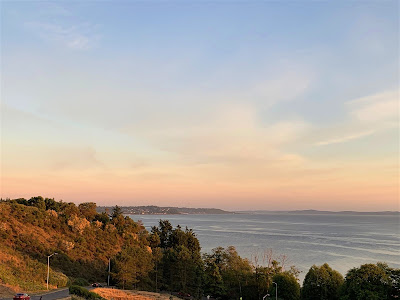 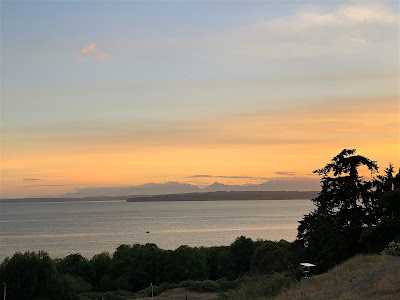 By now I'm a basket case. I am so excited to see Diana and we still had the actual surprise the next day!

We told Sharaya we had gotten her a little graduation gift and could we meet for brunch on Saturday? The 4 of us get to the restaurant but they wouldn't seat us until the entire party was there! So we were standing outside when Sharaya walked up. She seemed to stare at Diana for about 3-4 seconds. Then her eyes lit up, "Oh hi!!"

We gave her a few gifts and took some graduation photos. We're just so proud of her. What a huge accomplishment. And, I'm so glad everything worked out! No one spilled the beans and Sharaya was completely surprised! 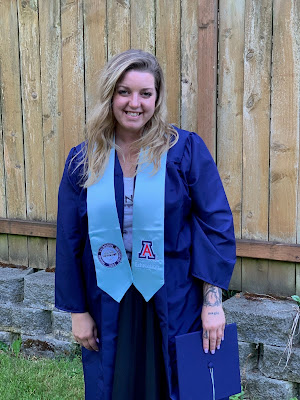 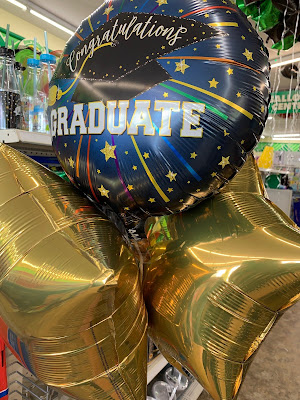 What a great surprise to pull off! Job well done! And congrats again to your daughter!

Congratulations to Sharaya! The world needs good teachers, and I'm, sure she will be a wonderful one! It's so cute that Beth kept that big secret, and I have always loved that she calls you, "mothera", so cute! Sharaya is a beautiful girl and she looks very happy!!

Your sunset pictures are also beautiful!

Wow! that took some doing to pull it off! Very good planning!! And congratulations to your daughter. That is a wonderful accomplishment, especially in light of last year's issues. Praise God!!

How GREAT! It is so fun when a surprise is really a surprise and a good plan comes together!! Just awesome! xo

Well done, one and all!! Great job, Beth for keeping the secret. Sharaya looks lovely in her cap and gown. And you even got some great sunset photos as a bonus.

Three cheers to you all for keeping the secret and of course to the graduate! Sharaya has much for which to be proud. So do you.

Congrats to Sharaya! What a sweet surprise. That's awesome. It's been so hot here in Arizona and we are praying for rain!

How exciting and what a surprise! Congratulations!!!

What an awesome surprise. She will never forget this!! I'm so glad your plans played out perfectly.

Way to go! What a nice surprise you pulled off. Congratulations to Sharaya!