I just got back from San Diego and that song has been going through my head the last few days. Memories by Maroon 5.

My dad died a year ago September and my sister's been so lonely. He moved in with her many years ago and his death has hit her hard. She came up here this summer and stayed for a few weeks, and she's taken her grandkids camping but for the most part she's completely alone now.

I flew down this week to spend a couple of days with her and to help clean out our dad's shed. She had started to a few times but just couldn't do it so between the two of us we got it done in one afternoon. 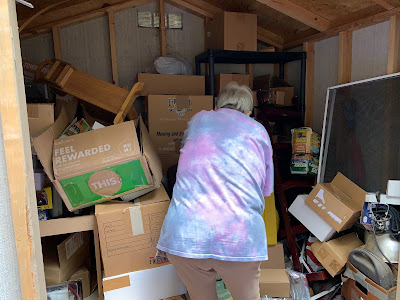 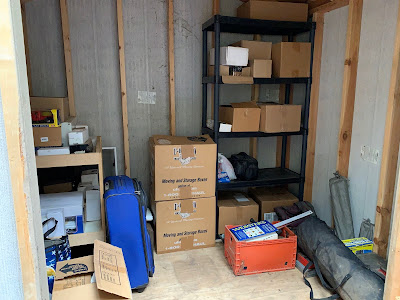 We found old dishes and pots and pans that he had when he used to live alone; there was camping stuff and fishing gear. We even found these: 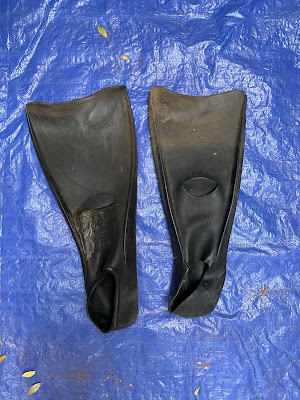 We don't believe he ever wore them, but there they were, among all the stuff in his shed! We threw out a lot of stuff and organized the rest. We were both surprised that we got it done in one day!

The next day we drove down to the cemetery and I got to see where he was interred. 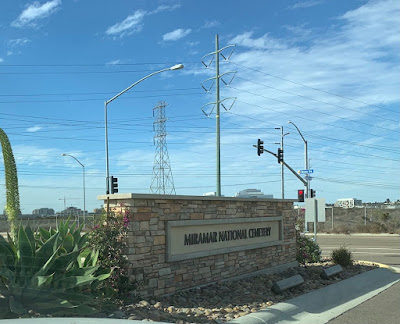 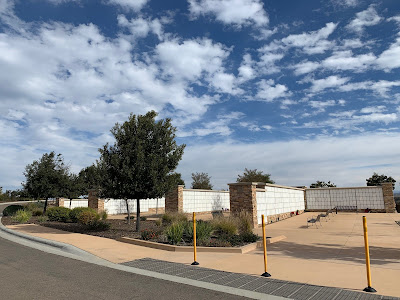 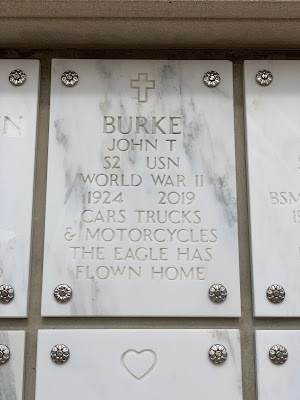 I reached up and touched his name and started to cry. I looked over at my sister and she was crying too. It's surreal to see his name there. More than a year later and it's still hard to believe he's gone. My dad drove trucks for most of his life and his CB radio handle was Flying Eagle. He's interred at a military cemetery and there are planes and helicopters constantly flying overhead and I told my sister this was the perfect place for him. (Even though we know he's not really there. He's with the Lord now, probably talking His ear off about planes and motorcycles) 😇

Wow, that was really touching! I love that they were able to inscribe all of that on the face of his tomb. Yes, we know their bodies are not really there, but still, being at the place where their remains were placed is a holy place that brings mixed emotions and then hopefully peace. I am sure he is smiling down at his daughters and thanking you for taking the time to do this for him...cleaning out his earthly goods and remembering him with each thing you found. It's healing to do that. I'm glad you could help your sister with this. That had to be very healing for her as well. (((hugs))) for both of you.

I'm glad you were able to help her. It's a poignant time and one shouldn't have to do it alone. Oh, those memories -- they're wonderful to have but sometimes they can sock you in the gut when you least expect it.

How nice that you could do down and help your sister out and have a good visit. Glad you could go together to see your dad's memorial stone.

Its still surreal for me too when I go to the cemetery & see my dad's name on there... like, It cant be real. So hard. Glad you got to spend time with your sister in going through all the memories

Well you have me in tears. Losing my dad this April, without being able to have closer, has been so hard for me. I'm glad you went and visited your sister and helped her clean out your dad's things. I can picture myself touching my dad's name when I can someday visit him in Illinois. ((HUGS))

Losing a parent is so hard! That was nice that you could be there with your sister and help her out. Hold onto the memories. The first year is always the hardest. I live about 1 1/2 hours from San Diego.

What a sweet post. Glad you were able to be there with your sister as you organized your dad's things. My brother and sister and I have moved our parents and then our mom so many times lately. Each time we have condensed what Mom has so it could fit into an increasingly smaller space. So sad to look at things that should be keepsakes but to know that none of us have a place to put them.