She's 25. Where did the time go? It seems like just a couple of years ago she was born. To be honest with you, Chuck and I were so relieved to learn she didn't have Down Syndrome. We knew it wouldn't have made a difference to us if she did...

but we were so thankful she didn't. 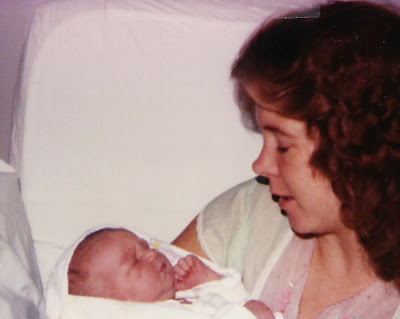 Growing up, she was such a great 'big' sister to Beth. And then to Diana. She was (and still is) so thoughtful, always thinking of others; noticing what they might need. She looked out for her sisters and always wanted to do the right thing. 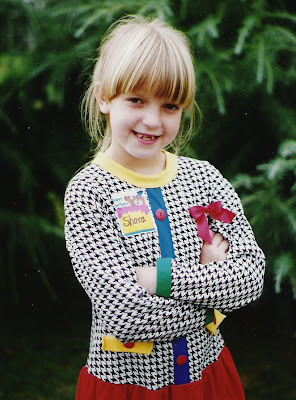 She's independant. When she was little, Beth couldn't pronounce Sharaya (Shuh-ray-uh) and called her Raya. It actually came out more like Yeahya. And the name stuck. We called her Raya until she was about six. We took her to the school a few weeks before she started Kindergarten and were all looking in the windows. I told her that maybe one day the teacher would write her name on the board! She said, "Yea! She'll write Shara!" Chuck and I looked at each other, 'Who's Shara?'
That's when she told us that from now on she wanted to be called Shara. Okaaay. So Shara it was. Until high school. Then it became Sharaya. More grown up I think and she enjoyed watching her teachers try to pronounce it! By her Junior year, as the teacher held up the attendance list and just stared at the names (our name is Anderson - she was always first) her friends would all yell, "Sharaya!"
Now she's married and has a gorgeous little girl of her own to raise. I expect she'll grow up to be just as independant, thoughtful and loving as her mom. :)
Happy Birthday Sharaya! 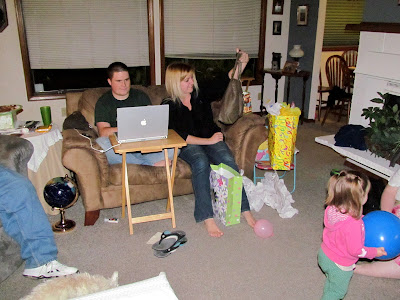 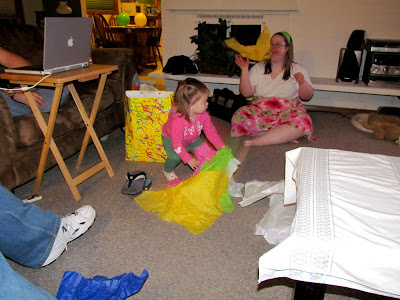 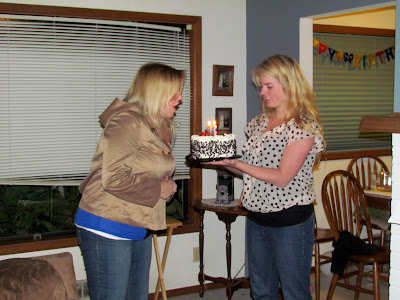 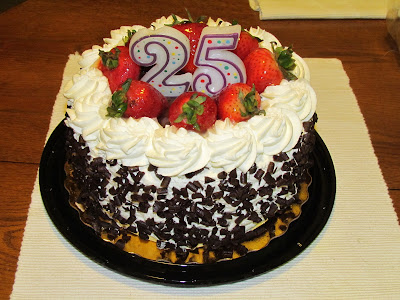 What a wonderful Sharaya story, Cindy.

And it's good to see you have pictures of Sharaya's 25th as well, with the whole family.