Did You Ever Spit Wash a Smudge?

Yesterday was the first day of Athletics! We were so excited! Even Sharaya and Allison decided to come watch Beth practice. (Diana had to work so couldn't come with us.) The pounding rain should have been our first clue. We hopped in the car and drove to the school. No one was there. The place was empty except for two people running on the track. We thought they were absolutely out of their minds. It was pouring!!

We decided to drive over to a far corner of the parkinglot where two guys were standing out in the rain next to their cars. I opened the door (our windows don't always roll down. Sometimes they do. But our windows don't always roll up) and asked if they knew where the Special Olympics were practicing. Turns out he was the coach! Given the pouring rain, they decided to cancel for today. We'll all meet again next week. Same bat time. Same bat channel. (Does anybody else get that?) Anyway, at least the seagulls were having a great time! 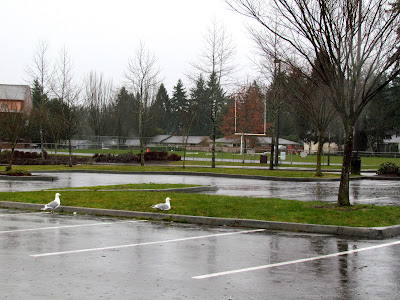 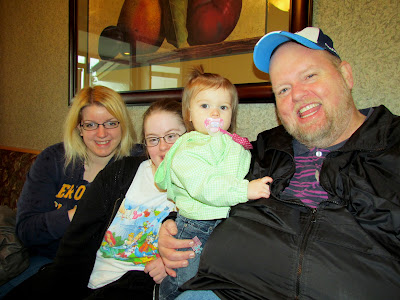 Today was youth choir rehearsal. I had a meeting after church for work (I work at our church) so Chuck brought Beth to choir. I waited in the foyer for her then walked her down. I should know better. She's grown up here. Why on earth would I think she wouldn't know where the room was?! As we're walking down the stairs she asked me, "Same room?" Um... yea. I felt like I was treating her like a 7 year old. Cause I was.
The door way was filled with kids in and out, lots of noise. I asked her if she wanted me to come in. She shook her head no and kept walking. I sort of yelled after her, "Remember to turn off your cell phone!" She looked back at me like I had just spit washed a smudge off her face in front of Nick Jonas.
Posted by Cindy at 7:45 PM

Washing in front of Nick Jonas. Now how embarrassing!

And the runners I know go through the sun and the rain.

LOL I keep wondering when my kids are gonna start minding when I do that!

BTW - on your blog roll -- I've moved my blog, Take a Walk on the Happy Side from blogspot to wordpress. The new url is http://walkonthehappyside.wordpress.com

Thanks for the laugh!